THE HILL: Bill Clinton stops campaign rally to respond to heckler who calls him a ‘rapist.’ 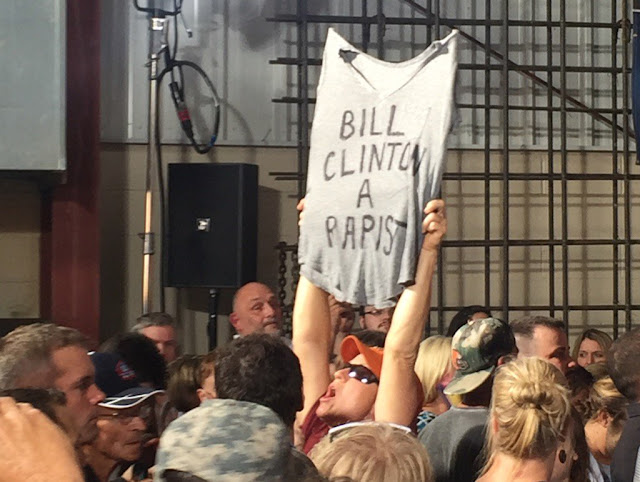 The reporters thought they were going to a pre-debate photo op with Donald Trump.
They walked in on Trump sitting with Clinton rape victims. 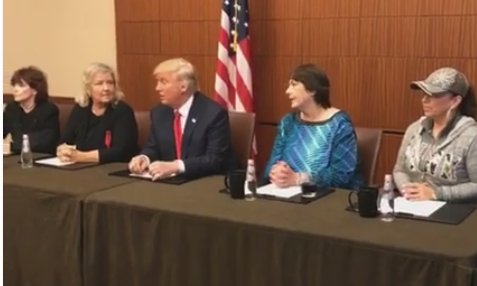 These women were abused by BILL AND HILLARY CLINTON!

Extraordinary moment:  Kathleen Willey, Juanita Broaddrick and Kathy Shelton were seated close to Bill Clinton for the debate and arrived just minutes after publicly accusing him of sexual attacks and his wife of abusing women.
-----
Read more: http://www.dailymail.co.uk/news/article-3830041/Second-debate-Hillary-Clinton-Donald-Trump-gets-underway.html#ixzz4MhiTVoJL
Posted by Frances Rice at 1:43 PM