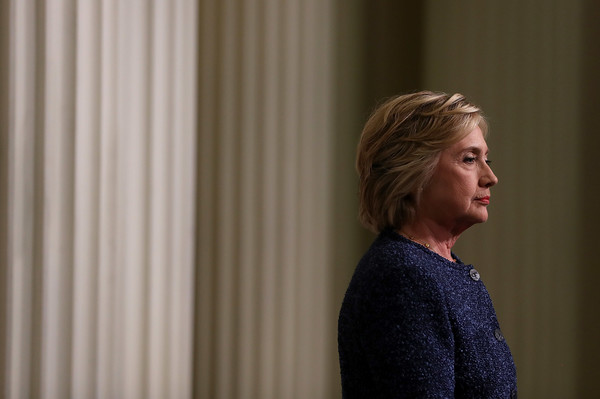 New emails show Hillary Clinton “was at the center of negotiating a $12 million commitment from King Mohammed VI of Morocco” to the Clinton Foundation.

Just hours after Hillary Clinton dodged a question at the final presidential debate about charges of "pay to play" at the Clinton Foundation, a new batch of WikiLeaks emails surfaced with stunning charges that the candidate herself was at the center of negotiating a $12 million commitment from King Mohammed VI of Morocco.

One of the more remarkable parts of the charge is that the allegation came from Clinton's loyal aide, Huma Abedin, who described the connection in a January 2015 email exchange with two top advisers to the candidate, John Podesta and Robby Mook.

Abedin wrote that "this was HRC's idea" for her to speak at a meeting of the Clinton Global Initiative in Morocco in May 2015 as an explicit condition for the $12 million commitment from the king. "She created this mess and she knows it," Abedin wrote to Podesta and Mook.


Liberals are “taking offense” at the Clinton campaign’s swipes at them in newly released emails.
Politico reports:
Some of the left's most influential voices and groups are taking offense at the way they and their causes were discussed behind their backs by Clinton and some of her closest advisers in the emails, which swipe liberal heroes and causes as "puritanical," "pompous", "naive", "radical" and "dumb," calling some "freaks," who need to "get a life."
Goodwill for Clinton, as well as confidence in key advisers featured in the emails including John Podesta, Neera Tanden and Jake Sullivan, is eroding as WikiLeaks continues to release a daily stream of thousands of emails hacked from Podesta's Gmail account that is expected to continue until Election Day.
Hillary Clinton may have revealed classified information on U.S. nuclear strike capabilities during Wednesday night’s debate.
CNN reports:
The Twitterverse was aflame in the hours after Wednesday night's debate with questions about whether or not Hillary Clinton divulged classified information about the country's nuclear arsenal.
"There's about four minutes between the order being given and the people responsible for launching nuclear weapons to do so," Clinton said, explaining the quick decision-making required of a commander in chief and questioning Donald Trump's fitness for the job.
But questions soon began to emerge about whether Clinton was too specific in her description of nuclear launch times and had perhaps revealed something she learned in a classified setting.