Rape Victim: Hillary Clinton Laughed At Me And Blamed Me For Getting Raped 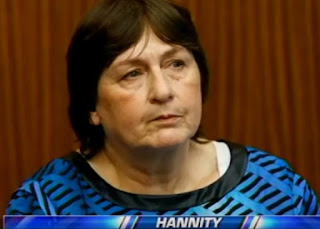 When Kathy Shelton was 12 years old, she was raped by Thomas Alfred Taylor, a 41-year-old man who served less than a year in prison after Hillary Clinton got him off on a legal technicality.

In 1975, Clinton was Taylor's court-appointed lawyer and has since laughed about getting him off and even intimated that she thought he was guilty, which can be heard in audio recordings obtained andpublished by The Washington Free Beacon.

'It was a fascinating case, it was a very interesting case,' Clinton says in the recording. 'This guy was accused of raping a 12-year-old. Course he claimed that he didn't, and all this stuff' . . . 'I had him take a polygraph, which he passed – which forever destroyed my faith in polygraphs,' she added with a laugh. Clinton can also be heard laughing at several points when discussing the crime lab's accidental destruction of DNA evidence that tied Taylor to the crime.

Now, Shelton has taken to Twitter to make Clinton face her actions.

I may be Hillary Clinton's 1st female victim. She ruined my life; defended my rapist & blamed me. I was 12 yrs old. Then she laughed at me.

When Clinton was representing Taylor, she ordered that Shelton undergo a 12-hour-long psychiatric evaluation to determine if she was "mentally unstable," and reportedly said the child rape victim had a tendency to "seek out older men," according to The Daily Mail.

Just hours before the presidential debate on Sunday, Shelton joined Donald Trump and three other women to talk about how Hillary Clinton minimized their claims of sexual assault in a panel discussion with members of the press.

"Hillary put me through something you would never put a 12-year-old through," she said.

I wrote about some of her other misdeeds not long ago.

Clinton has long been an enabler of sexual predators and has even laughed about it. She once called Monica Lewinsky, the White House intern Hillary's husband took advantage of during his time in the Oval Office, a 'narcissistic loony toon.' Kathleen Wiley, who accused Bill Clinton of sexual assault in 1993, said Hillary went out of her way to verbally beat her down in order to delegitimize the accusations. . .

Regarding sexual assault, Hillary Clinton has clear pattern of behavior: blame the victim. Since 1975, she has laughed at and diminished their allegations to further her own career — actions that would disqualify anyone else whose last name isn't Clinton from calling themselves an advocate for women, children, and survivors of sexual assault.

Bre Payton is a staff writer at The Federalist. Follow her on Twitter.
Photo Breeden Media/The Daily MailEvan El-Amin / Shutterstock.com
Posted by Frances Rice at 11:23 PM