6 Questions Democrats Should Be Asking Themselves Right Now 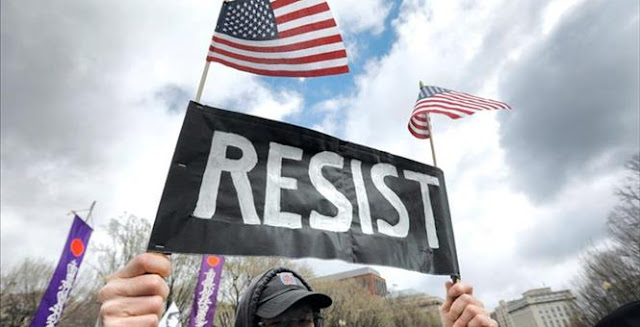 It’s fine for Democrats to be upset that Donald Trump schlonged Hillary Clinton, but the reality is that they spent the entirety of the Obama years getting their brains beaten in.

When Obama first took office, they held the House and 60 seats in the Senate and controlled the majority of governorships and state legislatures.

Now, the GOP has a large majority in the House, 52 seats in the Senate, and the majority of state legislatures and governorships.


Democrats went from thinking they were on the verge of a permanent political ascendancy to the worst political bloodbath in American history.
Put another way, Democrats are the George Armstrong Custer of political parties, and yet that doesn’t seem to have inspired any soul searching at all.
So here are some questions Democrats should be asking themselves right now:
1) Hillary Clinton? Seriously?
Hillary had a potential FBI indictment hanging over her head even as Democrats nominated her.
She’s unlikable, not particularly accomplished for a presidential candidate, campaigned on a radically liberal agenda, has corruption issues, and her campaign pitch could be boiled down to “Vote For Me Because I’m A Woman.”
On top of that, she was already so widely despised that she turned out Republicans.
You could make a decent argument that she’s the single worst presidential candidate of all time, yet she won anyway.
Of course, you could make the argument that a radical socialist like Bernie Sanders would have been worse, but even if so, why do the Democrats have so few quality candidates?
Where are the blue chip candidates?
2) Do Democrats Really Want To Be The “One Size Of Liberalism Fits All” Party?
We’re in an age where people have almost infinite choice when it comes to TV, music, clothing, groceries, websites and just about everything else.
Yet, the standard Democratic position is that the federal government needs to be in charge of everything so San Francisco values can be forced on everyone.
Don’t like gay marriage in your state? Too bad.
Don’t want Obamacare? Too bad. You are going to get it – and LIKE IT.
Democrats are so proud that they believe in “choice” when it comes to abortion - even though the father and the baby have no choice.
So why not allow other people to live like they choose?
3) Do Democrats Really Want To Be The Intolerant Fun Police?
Over the last few years, Democrats have turned into sour, anger puritans shaking their fingers at everyone who steps outside their extremely narrowly approved set of liberal values.
We’ve actually gotten to the point where Democrats can’t even tolerate OTHER PEOPLE listening to non-liberal viewpoints on campus.
Whatever happened to being open-minded?
Whatever happened to tolerating other viewpoints?
Don’t Democrats need to learn how to do that again?
4) Do Democrats Represent Anyone Other Than The Most Liberal Americans?
If you’re a man, Democrats accuse you of perpetuating rape culture.
If you’re white, they accuse you of being privileged.
If you’re a Christian, they accuse you of being as bad as radical Islamists.
If you’re a non-liberal woman, you’re constantly told that women who hold you in contempt and don’t represent your views speak for you.
If you’re moderate, for all intents and purposes, they tell you to shut your mouth and do as you’re told.
Democrats would rather offend a million Americans in flyover country than hack off a liberal college professor.
At some point, if you want to represent people, you have to at least make an attempt to address issues they care about in a way that they appreciate.
Democrats have abandoned this idea and have started explaining to Americans that they’re too stupid to know what’s good for them.
That’s not how you make friends and influence people.
5) Has The Democratic Party Gotten Too Extreme?
Democrats from the Clinton years would think today’s Democrats are nuts and Democrats from, say, 40 years ago would vote Republican before they’d vote for the radicalism that has been embraced by today’s Democrat Party.
Gay marriage, men in the women’s restrooms, detaching gender from genitalia, trigger warnings, safe spaces, cultural appropriation, white privilege, open borders – these are radical shifts for the Democrat Party that have happened in a relatively short period of time.
At what point do you start to wonder if your party has moved too far, too fast?
6) Can The Democratic Party Continue To Advocate For More Spending?
Democrats seem to start every discussion with the assumption that there’s an infinite amount of money for them to divvy out to liberal interest groups and for votes.
Meanwhile, we’re almost 20 trillion dollars in debt and adding more to that amount every year - and we are now reliant on nations like China and Saudi Arabia to keep loaning us money so we can pay Social Security and Medicare.
This is an unsustainable situation and, whether by choice or necessity, the amount of money the federal government spends must drop substantially in the next decade or two.
Can the Democrat Party continue to function without being able to give away taxpayer dollars?
One way or another, we’re going to find out.