Did Former DOD Deputy Assistant Evelyn Farkas Let the Cat Out of the Bag? Obama Spied On Trump! 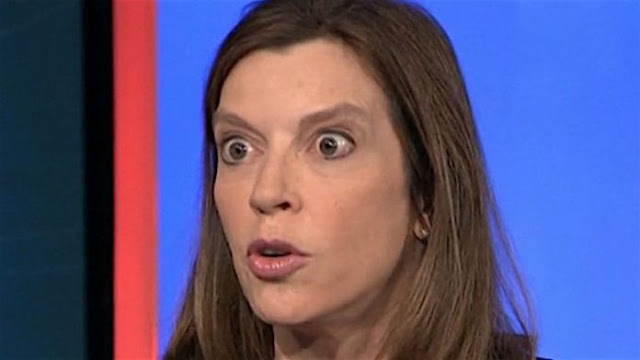 Meet Evelyn Farkas, an advisor to the Clinton campaign and the former Deputy Assistant Secretary of Defense under Obama.
On MSNBC she confessed the following:


1.   She helped spy on Trump for Obama before he left the White House.


2.   Trump, not Russians, were the targets of surveillance.


3.   She was concerned about hiding their methods from Trump.


4.   She encouraged leaks because she was “worried” about Russians.


In an interview that has received zero mainstream media attention, former Department of Defense Deputy Assistant and MSNBC commentator Evelyn Farkas may have spilled the beans about the Obama administration’s widespread surveillance and intelligence gathering on President Trump while he was a candidate and during the transition.
Former DOD Deputy Assistant Farkas appeared on MSNBC’s Morning Joe, and you have never seen co-host Mika Brzezinski so quiet in all your life.
Farkas spoke openly about the type of intelligence that had been gathered before Obama left office and about urging her former colleagues to gather all the intelligence they could before the Trump administration took over.
Here is a transcript of Farkas’ interview with Mika Brzezinski who sat stunned barely speaking a word throughout Farkas’ story:
FARKAS:  “I was urging my former colleagues and frankly speaking the people on the [Capitol] Hill…it was more actually aimed at telling the Hill people to get as much information as you can, get as much intelligence as you can before President Obama leaves the administration because I had a fear that somehow that information would disappear with the senior [Obama] people who left, so it would be hidden away in the bureaucracy.
FARKAS: “I feared if they [Trump team] found out how we knew what we knew about the Trump’s staff dealing with Russians that they would try to compromise those sources and methods, meaning we would no longer have access to that intelligence.”
FARKAS:  “So I became very worried because not enough was coming out into the open, and I knew that there was more. We have very good intelligence on Russia. So then I had talked to some of my former colleagues and I knew that they were also trying to help get information to the [Capitol] Hill.”
MIKA:  A lot going on today…
FARKAS:  “That’s why you have the leaking.”


Courtesy of Liberty Writers, see the revealing interview by clicking below.