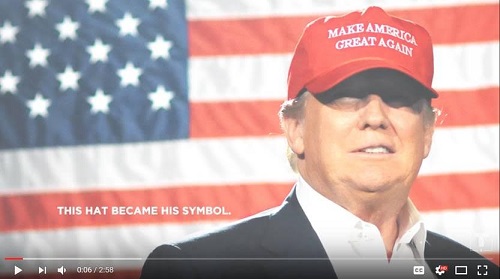 President Trump is fighting to keep Americans safe. He’s fighting to repeal and replace Obamacare. And he’s fighting for more – and better – jobs for the American people!

And it didn’t stop there, because Exxon Mobil has also announced a $20 BILLION dollar investment program that will bring thousands of jobs to the Gulf Coast region. 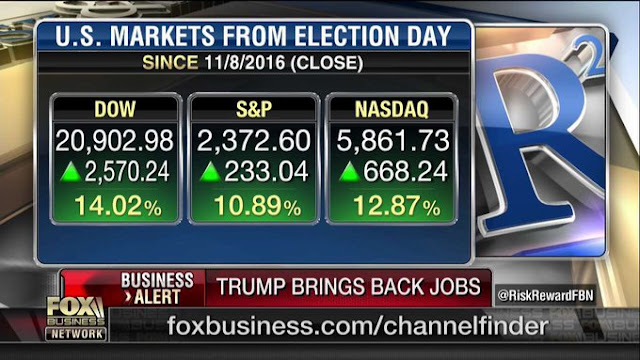 Becoming A Symbol Of Our Movement

In 2016, President Trump said he would Make America Great Again. Watch the inspiring story of the hundreds of American workers who manufactured the hats that became a symbol for our movement. We are proud to have a President whose jobs agenda is guided by the principles to buy American and hire American! Watch the video by clicking here. 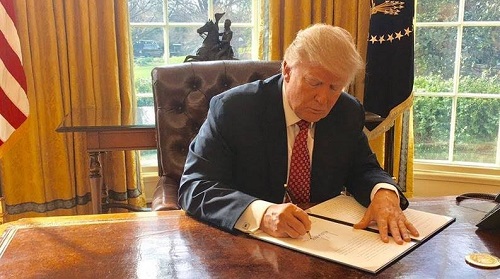 President Trump has signed a new executive order that will protect our nation from foreign terrorist entry and keep America safe. President Trump is dedicated to serve, protect, and defend the citizens of the United States. Part of that includes protecting our Nation from Radical Islamic Terrorism. President Trump is making our communities safer for everyone. He wants all Americans to succeed –- but that can't happen in an environment of lawless chaos. 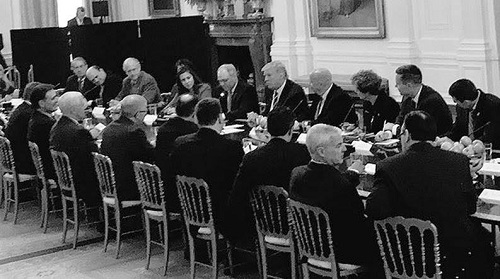 Republicans in the House unveiled the American Health Care Act to help repeal and replace Obamacare. President Trump understands the time for action is now. Obamacare, the President noted, is collapsing. Insurers continue to flee the exchanges while premiums and deductibles skyrocket. It’s time to deliver on Republicans’ long-standing promise to repeal the disastrous law and replace it with a system that adheres to principles he outlined in his recent address to a joint session of Congress. To read about the bill and what it means for you – click here. 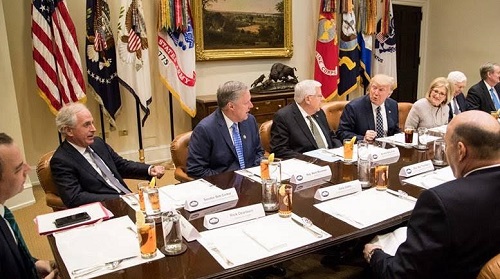 In addition to the great jobs report that came out after the President’s first month in office, Exxon Mobil made another huge announcement. President Trump congratulated the Exxon Mobil Corporation on its ambitious $20 billion investment program that is creating more than 45,000 construction and manufacturing jobs in the United States Gulf Coast region. “This is exactly the kind of investment, economic development and job creation that will help put Americans back to work,” the President said.

There is a lot of work ahead of the President and thanks to supporters like you we have a strong movement to support him as he continues to Make America Great Again!

We're in this together and we can't thank you enough for your continued support. 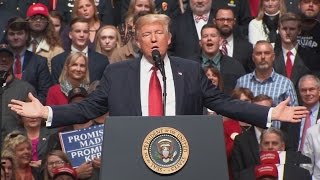 Click Here To view President Trump’s Full Speech At HUGE MAGA Rally In Nashville, Tennessee, Where He Delivered An Electrifying Speech At A High Energy!
Below is a viewer’s comment on the speech posted on YouTube:
“I love how he gets elected, and STILL comes to the people! The only way WE can hear his message unfiltered! Great energetic speech to the American people! GO TRUMP!”
Posted by Frances Rice at 8:55 PM