Did Obama Surveil Trump? Sure Looks That Way 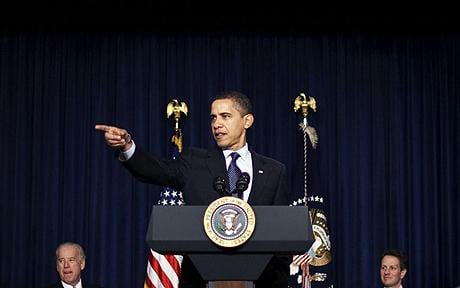 
"I recently confirmed that on numerous occasions the intelligence community ... collected information about U.S. citizens involved in the Trump transition," Nunes told reporters.
Nunes immediately came under intense criticism from congressional Democrats for his revelations. What's both hilarious and sad is that these are the very same Democrats who have been nearly silent as a series of illegal leaks from the intelligence bureaucracy have made their way into the mainstream media, in a transparent attempt by unnamed intelligence officials to damage Trump's presidency.
Nunes, speaking Wednesday and citing only "sources," was careful to note that the surveillance of Trump aides appeared to be both legal and "incidental" — that is, not part of a directed spying operation on Trump.
Of course, that appears to be literally true. But it's also irrelevant. Democrats and the media keep mentioning the word "incidental" as if it exonerates what now appears to be a domestic spying operation against Trump directed from the Obama White House.
"Incidental" doesn't mean unintentional. Take as an example the leaks of former Trump National Security Adviser Michael Flynn's conversations in late December with Russian Ambassador Sergey Kislyak. Those talks have been treated as sinister, with the Washington Post even suggesting that they were a violation of the Logan Act, a possible serious crime.
But U.S. intelligence gatherers could quite easily get an "incidental" trove of material on Flynn, simply by getting a surveillance warrant on someone they knew he was likely to talk to. Presto! The information on Flynn talking to the target becomes "incidental," rather than targeted. Still, the intent was clear.
The fact is, as Nunes revealed, this appears to be a pattern of surveillance put in place by the Obama administration and possibly officials in the FBI, CIA or National Security Agency to elude any appearance of a domestic spying operation on a political foe, which would be a serious crime.
Some of President Trump's calls with foreign leaders have likewise been leaked. By whom? For what purpose? This is clearly illegal behavior, and calls into question the reliability and loyalty of the entire intelligence community. Why are the Democrats not furious at this, as they would be if it were one of their own who was targeted?
Nunes was careful to note that the surveillance activities did not appear to be related to the FBI's investigation of the Trump campaign's possible collusion with Russia in the last election. So the question remains: What were they doing?
We know that the investigation into Trump's campaign and Russia is real, since it was confirmed earlier this week by FBI Director James Comey himself. Comey, during his testimony, was clear and emphatic in saying President Trump's explosive tweets of two weeks ago accusing Obama of wiretapping Trump Tower had no basis in fact.
"I have no information that supports those tweets," Comey told the committee. Besides, Comey added, no president could order a wiretapping operation against a specific citizen. That takes a court order.
True enough. But again, wiretapping is a term that to the government means one thing: The gathering of information from a specific telephone. What about a warrant for surveillance of a third party in order to catch a party unnamed in the warrant?
Back when they thought it might destroy Trump, the New York Times, Britain's Guardian, the BBC and McClatchy News Service all reported on President Obama's expanded use of the Foreign Intelligence Surveillance Act (FISA) to investigate Trump's team.
This isn't far-fetched at all. As John Nolte of the Daily Wire has noted, "In order to spy on James Rosen of Fox News, Obama's Attorney General Eric Holder named him as a criminal co-conspirator and, quite incredibly, a flight risk. This gave the Obama administration 'legal' access not only to Rosen's emails but Rosen's parents' phone records."
And the BBC's Paul Wood added a chilling note, reporting that a FISA judge had approved surveillance of Trump in October, just three weeks before the election: "A lawyer — outside the Department of Justice but familiar with the case — told me that three of Mr. Trump's associates were the subject of the inquiry. 'But it's clear this is about Trump,' he said."
Does anyone doubt, having done it before, that the Obama administration wouldn't do it again? And did the FBI's Comey, playing cute with his wording around the term "wiretapping," possibly commit perjury in his testimony to Congress?
Regardless, it warrants a deep investigation. Who in the federal government was collecting information on Trump's aides and why? Was it for political reasons? Or part of a plan to undercut his presidency from the very beginning? Why haven't the leaks been stopped?
No one right now has all the answers. But the pattern suggests a surveillance program that would be a far more serious breach of the law than Watergate ever was. It's time the American people found out.


Did Obama Abuse Raw Intelligence?
I couldn’t have seen those transcripts when I led the House intel committee. 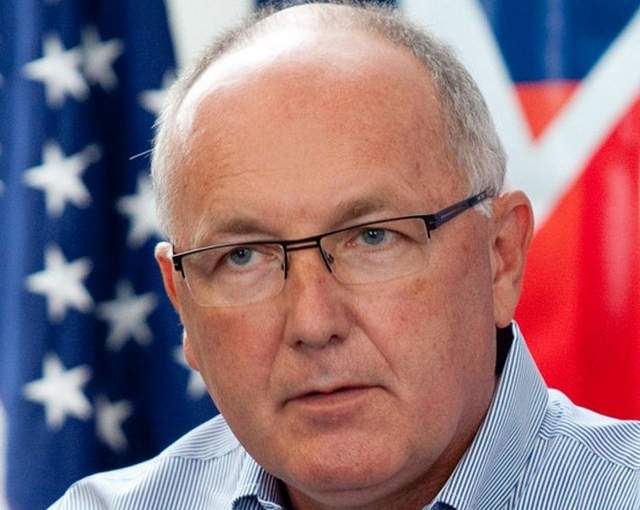 
It was remarkable when Devin Nunes, chairman of the House Intelligence Committee, revealed Wednesday that Trump campaign officials were caught up in the inadvertent collection of intelligence. Read between the lines with a clear understanding of the intelligence community, and it’s positively astonishing.
Starting with the premise of Mr. Nunes’s announcement, there’s evidence to show that communications involving people connected with the Trump transition were collected by America’s intelligence apparatus. We don’t know the particulars, but it could include conversations between Trump transition staff and foreign officials whose conversations were subject to intelligence monitoring.
Things begin to get a little frightening when we learn that this inadvertent collection of Trump staff conversations was followed up with transcriptions of those conversations and the disclosure (or unmasking) of the persons involved in the conversation. These transcripts would be considered raw intelligence reports.
When I was chairman of the House Intelligence Committee, I was routinely involved in briefings as a member of the “Gang of Eight”—both parties’ leaders in the House and Senate and on the intelligence committees. I cannot recall how many times I asked to see raw intelligence reporting and was refused because that stuff is just not made available to policy makers.


But according to Mr. Nunes, such information made its way to the Obama White House before Inauguration Day. Few if any people working in the White House would ever need to see raw intelligence. Like intelligence committee members, they are typically consumers of intelligence products, not raw intelligence.
The raw transcripts of masked persons—or unmasked persons, or U.S. persons who can be easily identified—making their way to the White House is very likely unprecedented. One can only imagine who, at that point, might be reading these reports. Valerie Jarrett? Susan Rice? Ben Rhodes? The president himself? We don’t know, and the people who do aren’t talking at the moment.
Then we have the testimony earlier this week from FBI Director James Comey and National Security Agency Director Adm. Mike Rogers. Mr. Comey said there was no basis to support the tweet from President Trump that his “wires” had been tapped by Barack Obama. What he didn’t say—and wasn’t asked—was whether information was collected on Trump staff by other means. Mr. Trump was a little inarticulate in the context of Twitter’s 140-character limit, but it seems he got the general picture right.
Then there’s Mr. Comey’s testimony that the FBI had been investigating Trump staff for eight months. It almost certainly included surveillance; an investigation without surveillance would approach farcical.
Adm. Rogers told the House Intelligence Committee that there are strict controls in place for masking and unmasking the identities of people caught up in the inadvertent collection of information and the distribution of this kind of material. It now appears he either misled the committee or doesn’t know what’s happening inside his own agency. If Mr. Nunes is right, the rules either weren’t followed or were much less stringent than Adm. Rogers let on.
Last, and rather damningly, I believe that Mr. Comey and Adm. Rogers would have to have known that raw transcripts of captured conversations that included members of the Trump team were at the White House. It is inconceivable that people in those positions of power would not know. While this may not be criminal, it is at least a cause for them to be fired.
My greatest concern—the one that keeps me awake at night—is that the awesome powers of our intelligence community might have been corrupted for political purposes. While we’re not witnessing broad, Stasi-style surveillance of citizens, it’s clear there have been serious errors of judgment and action among our otherwise professional intelligence community. This is truly scary. We have to learn the entire truth before anyone, in or out of Congress, can again have confidence in our intelligence community.


Mr. Hoekstra, a Michigan Republican, was chairman of the House Intelligence Committee, 2004-07.