The End of the World...for Liberals 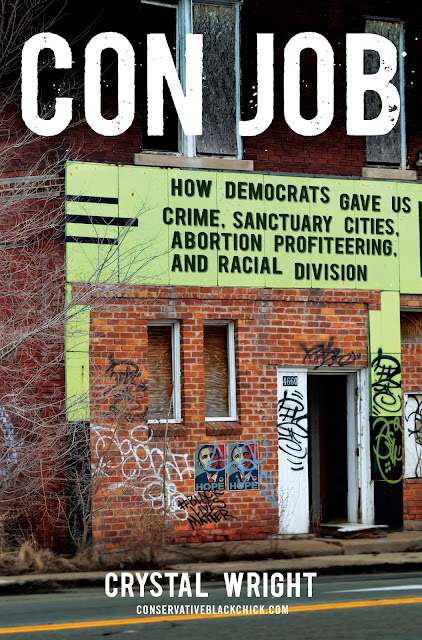 ﻿
In The Power of Now, Eckhart Tolle demonstrated how human consciousness becomes imprisoned by the controlling mind, and how that mind, so much focused on the task of controlling and centralizing one's attention on the past and future, may feel threatened by any attempt to escape from mental control.  The imprisoned mind will seek to reassert its enslavement at the first hint of change.

Just such a separation of consciousness from Being, or, if you will, of mankind from God, is exactly what is at play in our current national drama.

A powerful mental construct – the liberal myth of a progressive utopia brought about by surrender of the individual to state control – is at risk of being swept away by a great movement to free consciousness from the controlling ideas of the liberal past.
As Shelby Steele wrote in a remarkable March 6 op-ed ("The Exhaustion of American Liberalism"), we stand "at the end of something," that something being the radical mindset that has dominated so much of American intellectual life since the 1960s.
"The jig is up."  Liberalism no longer possesses the moral authority to control our national politics.
Liberals are terrified of Trump because they know that their great myth, once the light of consciousness has been shined on it, will dissolve as quickly as a grain of salt in water.
As Steele puts it, the "president rolls his eyes when he is called a racist, and we all – liberal and conservative alike – know that he isn't one."
Elizabeth Warren's Jeff Sessions rant was just that: a hysterical rant, and everyone knows it.  "White guilt," and all that goes with it, is now just tiresome noise.  There is no reality to liberals' mental myth of the enlightened state.  Once it comes under awareness, it dissolves.
In Tolle's thinking, the concentration of consciousness on the "now" to the exclusion of past and present awakens presence, a powerful field of energy that can be directed toward learning, acting, healing, or any other endeavor.
Presence is transformative in a way that the mere chatter of mind can never be because presence transcends the self-limiting contradictions, inhibitions, and mental rubbish of regret, fear, and false hope.
Donald Trump has brought to American politics a liberating presence that we have not seen since the days of Ronald Reagan.
And Trump's powerful presence – not just his "presence" (as in "attendance"), but his presence (his "aura" and sense of authority) – has liberated half of America from the mental cage of progressive thought and struck fear into the rest.
The great panic on the left and the resultant attacks on Trump are the left's response to this fear.
The left is desperate to prevent the light of consciousness from being directed at the intricate mental structure leftists have erected.
Once a single pillar has been removed, the entire structure will begin to crumble, and it will become apparent that the progressive fantasy is merely a construction of ideas with no basis in reality.
The left has created a mental cage in which much of the world has been imprisoned for the past half-century and more.
Now, with nationalist movements in Europe and Trump in America, that world is changing.
No wonder the entire progressive establishment, from the liberal media to holdovers from the Obama bureaucracy, is trying to bring Trump down, even, if need be, at the cost of national security and economic prosperity.
From their perspective, it is the end of the world.
If they believed in Satan, they would be labeling Trump "Satan."
As it is, he is merely "Hitler."
(Interesting, but predictable, how very materialistic all of the left's categories of thought have become and how totally uninterested it is in the higher plane of liberty, goodness, and selflessness.  In effect, our two political parties have been replaced by two great movements: the left's ever greater reduction of life to physical categories and interest groups and conservatism's aspiration to restore wholeness and freedom, the condition that Tolle calls "consciousness" and that others would label "sanctity" or "human dignity.")
The fear and panic on the left are palpable.
Network programs that once, long ago, were respected news outlets are now little more than vicious rants declaimed in raised voices.
News anchors have become mindless megaphones of victimhood and defeatism, totally absorbed by the idea of stopping Trump because Trump threatens the end of their world.
Why is it that Trump poses such an existential threat to progressivism?
How does that threat operate?
Why is Trump so much more dangerous than Christie, Rubio, Cruz, and Kasich would have been?
It is because unlike those who merely oppose the left, Trump dissolves the opposition by holding it up to ridicule.
With his laser-like tweets and incisive wit, with his very presence, Trump brings the preposterousness of the left's positions into the light.
Everyone knows that the left has failed in its governance of cities like Chicago, Detroit, Philadelphia , Baltimore over the past half-century.
It took Trump to make people realize it.
Suddenly, the left's credibility is toast – not because Trump has argued against it, but simply because he has directed the public's attention to it.  So also with jobs, national security, health care, and the rest.
Join the president and shine your light of consciousness on the left's mental prison, and watch it dissolve under your gaze.
America stands at a great spiritual crossroads, where we must choose either to remain imprisoned by the left's dehumanizing materialism – a politics focused on the "right" to abortion, racial reparations, unlimited benefits, and transgender bathrooms – or to rise and realize our great potential as free and enlightened human beings inhabited by divinity.
It is the end of their world, if not the world per se – the end of all that has been constructed by the left from Wilson to FDR to LBJ and Obama, to exert control over consciousness.
Free your consciousness, and shine its light on what remains of the left's moral authority.
Watch their grand illusions dissolve.
Sit back and enjoy the end of the world.


Jeffrey Folks is the author of many books and articles on American culture including Heartland of the Imagination (2011).