Trump said he'll be 'proven right' on Obama wiretaps, according to Newsmax CEO

"This will be investigated. This will all come out. I will be proven right," Trump said Saturday, according to Newsmax CEO Christopher Ruddy. (AP Photo/Andrew Harnik)


President Trump said that he would be vindicated over his unproven claims that former President Obama wiretapped Trump Tower, according to Newsmax CEO Christopher Ruddy.
"This will be investigated. This will all come out. I will be proven right," Trump said Saturday to Ruddy after he asked the president about Obama's denial of any wiretaps. Ruddy wrote about the conversation Sunday on Newsmax. 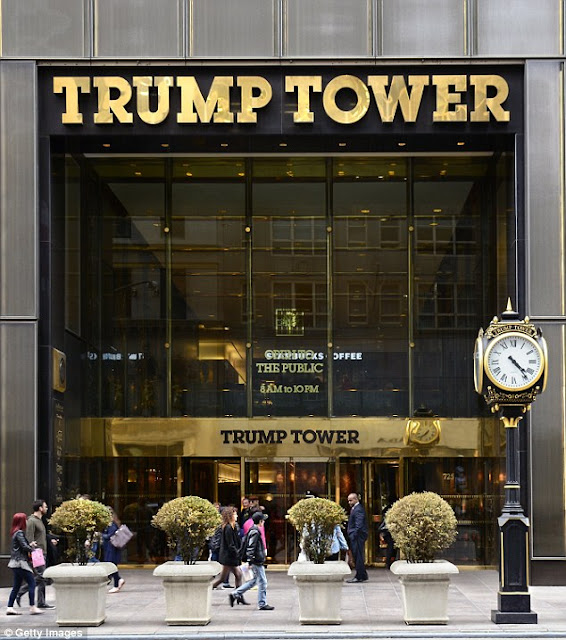 Trump tweeted on Saturday that Obama had ordered Trump Tower be wiretapped during the 2016 election, but provided no evidence to back up the claim.
Ruddy said Trump was still fuming over the wiretap story, telling him, "I haven't seen him this pissed off in a long time."
Ruddy said that the news media should have focused more on the fact that Obama nor his administration officials didn't deny that Trump's offices were wiretapped, just that Obama was not behind any order. But he suggested the White House must have known.
"Wouldn't it strain belief that a major presidential candidate's offices were wiretapped and the president was never informed?" Ruddy wrote.
The House and Senate intelligence panels both said they plan to investigate the alleged surveillance as part of a larger probe into Russian interference with the 2016 election.
http://www.washingtonexaminer.com/trump-said-hell-be-proven-right-on-obama-wiretaps-according-to-newsmax-ceo/article/2616510


The New York Times article ”Comey Asks Justice Dept. to Reject Trump’s Wiretapping Claim” is more fake news from the NYT.
The article starts by citing unnamed sources, “senior American officials.”
Then the article admits that the responsible F.B.I. and Justice Department officials were not the "sources" for the fake news. Here are the operative sentences in the article:
“A spokesman for the F.B.I. declined to comment. Sarah Isgur Flores, the spokeswoman for the Justice Department, also declined to comment.”
Further in the NYT’s fake news story is this sentence:

“It is not clear why Mr. Comey did not issue the statement himself.”


Oh, is it because Mr. Comey did not make the statement?