Broadcaster Leeann Tweeden accused Sen. Al Franken (D-Minn.) of groping her breasts and forcibly kissing her while the two were on a USO Tour in 2006.
Tweeden posted her account of what occurred on the KABC website, where she now works.
Tweeden said she and Franken - a comedian and former "SNL" performer - were performing for U.S. service members in Afghanistan in Dec. 2006 along with country music singers.
She said he performed a comedy routine for the mostly male audience which often included sexually suggestive jokes.
http://insider.foxnews.com/2017/11/16/al-franken-accused-sexual-harassment-leeann-tweeden
_________________

Senator Al Franken Kissed and Groped Me Without My Consent, And There’s Nothing Funny About It
By Leeann Tweeden 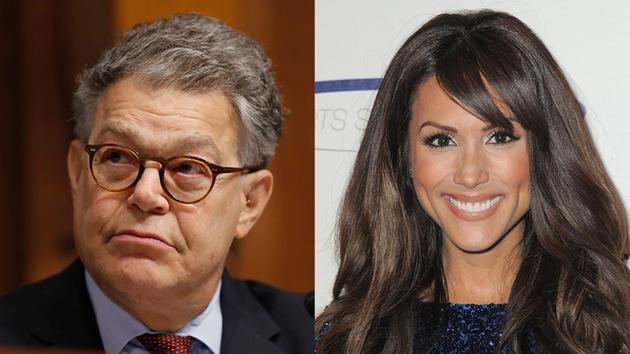 In December of 2006, I embarked on my ninth USO Tour to entertain our troops, my eighth to the Middle East since the 9/11 attacks. My father served in Vietnam and my then-boyfriend (and now husband, Chris) is a pilot in the Air Force, so bringing a ‘little piece of home’ to servicemembers stationed far away from their families was both my passion and my privilege.