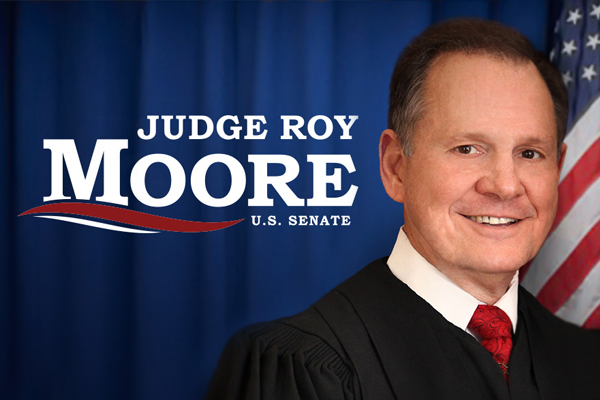 The mood I’ve been in lately is reflected in the fact that most of my posts end with question marks. But why should I be the only person in America who hasn’t expressed an opinion about Judge Roy Moore? For what it’s worth, here goes:


I agree with Paul that the Washington Post’s allegation that Moore tried to seduce a 14-year-old girl 38 years ago is more likely false than true, particularly given the gaping hole in the accuser’s story that has been attested to by her own mother.
Beyond that, I question whether a newly-surfaced, 38-year-old allegation should ever–short of murder or something nearly as heinous–be grounds for defeating a political candidate.
There is a reason why our criminal laws include statutes of limitation. After decades have gone by, it is often impossible to prove (or disprove) an allegation.
The accuser in the present case remained silent for 38 years, during most of which time Moore was a prominent figure in Alabama politics.
Now, a few weeks before a U.S. Senate election, at the importuning of a team of reporters from the Washington Post who are obviously determined to bring down the candidate, she sees fit to accuse Moore.
One of the kinder words we apply to this sort of conduct in the law business is “estoppel.” It is much too late to dredge up an accusation from the 1970s.
The accusation, if it were true, would be relevant as an indictment of Moore’s character.
Of course, low character has never been much of a bar to political office.
Consider, to name just a few examples from modern history, John Kennedy, Ted Kennedy, Chris Dodd, Hillary Clinton and Bill Clinton.
Say what you will about Roy Moore, his name has never appeared on the flight logs of the Lolita Express.
On the contrary, he has been married for more than 30 years and the only act of moral turpitude alleged against him dates, ostensibly, from the 1970s.
Some say that Moore’s case is different, because he is a Republican, and Republicans are held to a higher standard.
That is true as a statement of fact, but it is not a principle to which Republicans should stipulate.
The Senate seat at issue is important.
When Jeff Sessions ran for re-election in 2014, the Democrats didn’t even field a candidate against him.
For the Democrats to steal that seat now, by recruiting a troubled woman to tell a 38-year-old story that is probably false, would be outrageous.
I am not a fan of Judge Moore. I would not have voted for him in the primary election.
But control of the Senate is important.
It is far better that Moore represent Alabama for the unexpired three years of Sessions’ term than that the seat go to a Democrat on the basis of a smear.
Whether Alabama’s voters will agree remains to be seen.
Poll results are mixed, but so far, at least, it doesn’t appear that the Post’s last-minute, desperation attack has been fatal.
Let’s hope that proves to be true when voters go to the polls next month.
http://www.powerlineblog.com/archives/2017/11/roy-moore-for-senate.php?utm_source=feedburner&utm_medium=email&utm_campaign=Feed%3A+powerlineblog%2Flivefeed+%28Power+Line%29
Posted by Frances Rice at 11:44 PM