Trump Distances Himself From Gillespie After Decisive Loss 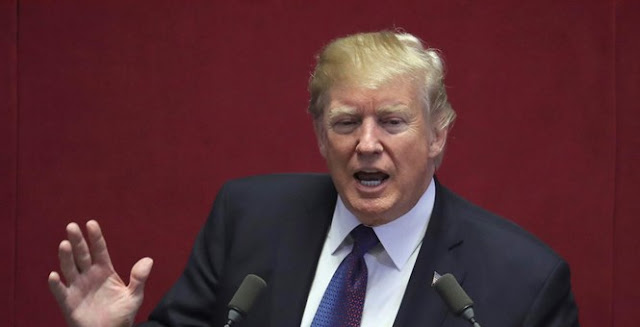 
“Ed Gillespie worked hard but did not embrace me or what I stand for,” Trump said. “Don’t forget, Republicans won 4 out of 4 House seats, and with the economy doing record numbers, we will continue to win, even bigger than before!”
Gillespie, who was once chairman of the Republican National Committee, also kept a distance from the president, only embracing campaign styles that worked for Trump in the 2016 election, such as focusing on immigration and identity politics, slamming Northam for his stance on so-called sanctuary cities, for example.
But the Virginia Republican never had Trump campaign with him and it wasn't until the last minute that Gillespie enlisted the president's help through robocalls, talking about their similar views on crime and immigration. Gillespie, Trump said in one recorded call, would help “Make America Great Again.” Furthermore, he explained his Democratic opponent would be a “total disaster” for the commonwealth.
Gillespie also only got a few tweets from the president throughout the race.
Earlier Tuesday Trump urged Virginians to vote, writing, “@EdWGillespie will totally turn around the high crime and poor economic performance of VA."
He also slammed Northam for what he'd do to Virginia.
Last month, Trump tweeted a similar message.
“Ralph Northam, who is running for Governor of Virginia, is fighting for the violent MS-13 killer gangs & sanctuary cities.”


https://townhall.com/tipsheet/leahbarkoukis/2017/11/08/trump-distances-himself-from-gillespie-after-decisive-loss-n2406453
Posted by Frances Rice at 11:29 AM