By Daniella Silva and Kalhan Rosenblatt

Talk show host and journalist Charlie Rose was fired Tuesday by CBS News, PBS and Bloomberg in the wake of eight women accusing him of sexual harassment and unwanted advances in a report in The Washington Post.


"A short time ago we terminated Charlie Rose's employment with CBS News, effective immediately," said a statement posted to Twitter from CBS News President David Rhodes. "This followed the revelation yesterday of extremely disturbing and intolerable behavior said to have revolved around his PBS program."
In a statement, PBS also announced it had ended its relationship with Rose, whose self-titled interview show began airing in 1991.
"In light of yesterday’s revelations, PBS has terminated its relationship with Charlie Rose and cancelled distribution of his programs. PBS expects all the producers we work with to provide a workplace where people feel safe and are treated with dignity and respect," PBS said.
Bloomberg TV confirmed it had severed ties with Rose, but had no further comment as of Tuesday afternoon.
The claims made against Rose, 75, in The Post's report included groping female acquaintances and walking around naked in their presence. The women were either employees at the "Charlie Rose" show or aspired to work for the show in allegations spanning from the late 1990s to 2011, according to the newspaper. Three women were on the record and five were anonymous.
Two of the women The Post interviewed, Kyle Godfrey-Ryan and Megan Creydt, confirmed their accounts to NBC News on Monday night.
Early Tuesday, "CBS This Morning" co-host Gayle King said she was "really grappling" with the accusations against the veteran newsman, calling them "horrible."
"He doesn't get a pass because I can't stop thinking about the anguish of these women; what happened to their dignity, what happened to their bodies, what happened to maybe even their careers," King said. "I can't stop thinking about that and the pain they're going through."
King and co-host Norah O'Donnell said they had not spoken to Rose as of Tuesday morning, but planned to reach out.
"I'm still trying to process all of this," King said. "I'm still trying to sort it out because this is not the man I know, but I'm also clearly on the side of the women who have been very hurt and very damaged by this."
Rose on Monday released a statement apologizing for his behavior while maintaining that some of the allegations were inaccurate.
“In my 45 years in journalism, I have prided myself on being an advocate for the careers of the women with whom I have worked,” Rose said in a statement to The Post that he later posted on Twitter. “Nevertheless, in the past few days, claims have been made about my behavior toward some former female colleagues.”
"It is essential that these women know I hear them and that I deeply apologize for my inappropriate behavior,” the statement continued. “I am greatly embarrassed. I have behaved insensitively at times, and I accept responsibility for that, though I do not believe that all of these allegations are accurate. I always felt that I was pursuing shared feelings, even though I now realize I was mistaken."
Rose has long hosted his show, which airs on PBS, and is also a co-host of "CBS This Morning" and a contributing correspondent for "60 Minutes."
By Monday evening, representatives from CBS News said Rose was suspended while they looked into the matter, while representatives from PBS and Bloomberg said they were suspending distribution of his show.
"I have learned a great deal as a result of these events, and I hope others will too," Rose said in his statement. "All of us, including me, are coming to a newer and deeper recognition of the pain caused by conduct in the past, and have come to a profound new respect for women and their lives."
The five women who spoke to The Post on condition of anonymity did so over fears of Rose’s stature in the media industry.
A woman who was one of Rose’s assistants during the mid-2000s, Kyle Godfrey-Ryan, told The Post that Rose allegedly walked naked in front of her at least a dozen times while she was working in one of his homes in New York City. She also said Rose called her repeatedly late at night or early in the morning to ask her about her sex life and describe a “very specific, repetitive fantasy” of her disrobing and swimming naked in a pool at his suburban home in Bellport, New York, as he watched. She was in her early 20s at the time.
“It feels branded into me, the details of it,” Godfrey-Ryan told the paper.
The Post said that in addition to the eight women, the newspaper spoke to about two dozen former employees of Rose on condition of anonymity and that six said they had seen what they considered to be harassment, and eight said they were not comfortable with the host’s treatment of his female employees.
Another 10 said they had not witnessed or heard anything concerning about Rose, according to The Post.
The women ranged in age from 21 to 37 at the time of the alleged incidents, according to The Post.
Rose's show was produced by independent television production company Charlie Rose Inc., aired on PBS and was filmed at Bloomberg headquarters. PBS, CBS and Bloomberg told The Post they had no record of sexual harassment complaints against Rose.
A PBS spokesperson said the channel "does not fund this nightly program or supervise its production, but we expect our producers to provide a workplace where people feel safe and are treated with dignity and respect."
Two women who spoke to The Post said they had complained to Rose's executive producer, Yvette Vega, about the alleged inappropriate behavior.
Vega said in a statement to The Post that she should have stood up for the women.
"I failed," said Vega, 52, who has worked with Rose since the show was created in 1991. "It is crushing. I deeply regret not helping them."
https://www.nbcnews.com/storyline/harvey-weinstein-scandal/tv-host-charlie-rose-suspended-apologizes-after-sexual-harassment-accusations-n822691
_________________ 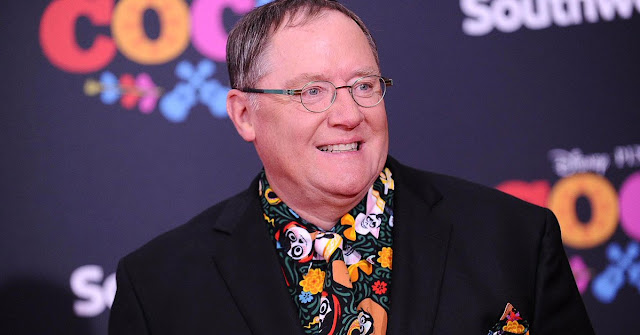