Did Hillary Commit A Crime By Rigging The Democratic Primary? 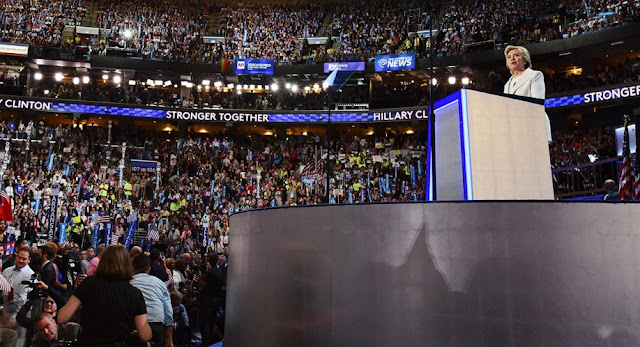 
Election 2016: Donna Brazile's stunning admission that last year's Democratic primary was "rigged" in favor of Hillary Clinton and against Sen. Bernie Sanders is actually good news for Democrats. After stunning reversals in recent years, the party now knows it has a problem.
Remember how, when Bernie claimed the contest was rigged back in the summer of 2016, he was accused of "sour grapes" and even sexism? Turns out, the Democratic National Committee, already the subject of a class-action suit, owes him an apology.
How did Clinton rig an election? It wasn't hard, according to Brazile, the former interim DNC chair, in her new book, "Hacks: The Inside Story of the Break-ins and Breakdowns that Put Donald Trump in the White House."


The Democrats were broke and in debt after bankrolling President Obama's second-term campaign, and he did little to help them  raise the money they needed. Desperate, the Democratic National Committee made a deal with Clinton early in her campaign to jointly raise money together. Using Clinton's fundraising clout, the DNC was soon out of debt. In exchange, Clinton took control of the DNC, including hiring and firing, and used it as a political weapon against her foes.
The deal let Clinton raise money outside the limits of the campaign finance law, by in effect laundering campaign donations through the DNC. It may have been illegal.
Bernie didn't stand a chance. Nor did then-Vice President Joe Biden, who, after showing all the signs of running for president, suddenly bowed out in October of 2015 — months after Hillary took over the DNC.
The Hillary Clinton-led Democrats have been a party in denial, first asserting that winning the popular vote — and not the Electoral College — should give them the election last year, then claiming Donald Trump won only through the social-media machinations of mysterious Russian officials, and then believing Trump should be impeached solely because he is, well, Donald Trump.
As John Podhoretz wrote in the New York Post, "This is long overdue. Rather than try to figure out how they contributed themselves to their calamitous 2016 fate, they have spent a year indulging the fantasy that they really won the election and had it stolen from them."
He's right. Self-delusion has poisoned the Donkey Party, keeping it from addressing its very real problem: A sharp move to the left of the political spectrum in recent years that has alienated many of its once-loyal voters.
That's the big reason why Trump won, and not Clinton: He spoke to those Hillary Clinton deemed "deplorables" as if they were human beings with real concerns that deserved to be heard. Unfortunately for her, Clinton couldn't "rig" that.
https://www.investors.com/politics/editorials/how-hillary-clinton-rigged-the-democratic-primary-and-may-have-broken-the-law/
Posted by Frances Rice at 11:30 AM