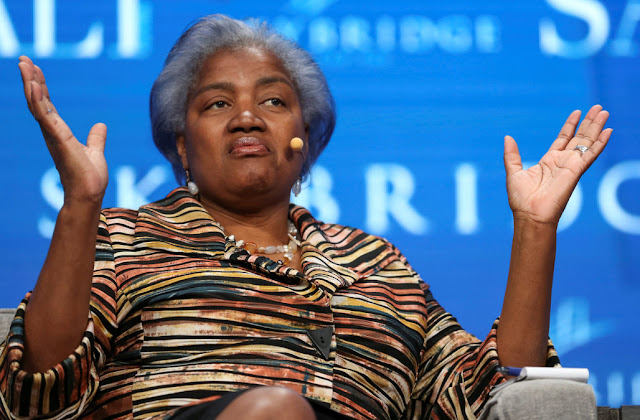 Since her election loss Hillary Clinton has been a constant media presence trying to explain all the reasons lost the election (my latest count is 30 excuses). Along with her blame game, at times Ms. Clinton has hinted she might run again in 2020. By drawing the coverage, Hillary’s been squeezing out other Democrats from receiving coverage.


Enter Donna Brazile, whose book “Hacks” feeds the rumor her winning of the nomination wasn’t fair, claims that the campaign was incompetent, had racist and misogynistic elements, and was too arrogant in its belief they had the election won to listen to advice that they were in trouble.
If Hillary Clinton’s book is named, “What Happened,” Brazile’s book could have been titled “What Really Happened.” Donna Brazile is a long-time Democratic Party operative who twice served as interim chairman of the party. She wouldn’t have written a book bashing Hillary Clinton if she wasn’t trying to free the party from the grasp of the Clinton machine.
Eight years of Obama nearly destroyed the Democrats as a national party, and Clinton’s lousy campaign just about sealed the deal. I doubt Brazile’s book is 100% honest (ahem), but I don’t doubt it’s an honest attempt to save the party from the Clinton Kleptocracy and from the far-left Obama/Sanders Progressives. Instead, the Democratic Remnant is doubling down on the radical identity politics and associated culture wars which cost the party so much since 2009…
…and I can’t think of anything more except to pop some corn.
http://lidblog.com/donna-braziles-book-was-a-coupdetat/
Posted by Frances Rice at 1:42 PM