The Prophet of Affirmative Action 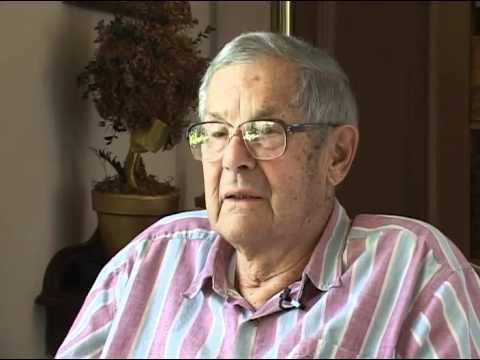 Photo: Former and Deceased California Appellate Judge Macklin Fleming
In the late 1960s, Yale Law School adopted a quota system for African-American applicants. Putting aside its normal criteria for admission, Yale decided that future law school classes would be 10% black, regardless of qualifications. Other law schools and academic institutions did the same thing at around the same time.


On June 9, 1969, a Yale Law graduate, wrote a letter to Dean Louis Pollak questioning the wisdom of the new quota system. Reading the letter nearly 50 years later, one can only marvel at how prescient Judge Fleming was. 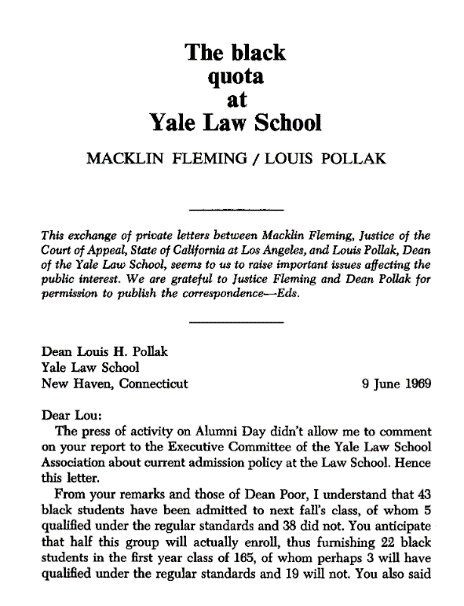 I recommend the whole thing. Here are some excerpts:
From your remarks and those of Dean Poor, I understand that 43 black students have been admitted to next fall’s class, of whom 5 qualified under the regular standards and 38 did not. … You also said that the future policy of the Law School will be to admit 10 per cent of each entering class without regard to qualification under regular standards.
***
With the adoption of its new admission policy the Law School has taken a long step toward the practice of apartheid and the maintenance of two law schools under one roof. Already there has been established in the Law School building a Black Law Students Union lounge with furniture and law books provided by the school. And I learned from Dean Poor that the 12 black students in the present first year class who were admitted under relaxed standards have not done well academically. Dean Poor attributed this deficiency to the pre-occupation of these students with racial activities. I think it equally logical to attribute their preoccupation with racial activities to their lack of qualification to compete on even terms in the study of law.
***
The immediate damage to the standards of Yale Law School needs no elaboration. But beyond this, it seems to me the admission policy adopted by the Law School faculty will serve to perpetuate the very ideas and prejudices it is designed to combat. If in a given class the great majority of the black students are at the bottom of the class, this factor is bound to instill, unconsciously at least, some sense of intellectual superiority among the white students and some sense of intellectual inferiority among the black students.
Judge Fleming foresaw with remarkable clarity how affirmative action would give rise to the political activism we see today:
No one can be expected to accept an inferior status willingly. The black students, unable to compete on even terms in the study of law, inevitably will seek other means to achieve recognition and self-expression. This is likely to take two forms. First, agitation to change the environment from one in which they are unable to compete to one in which they can. Demands will be made for elimination of competition, reduction in standards of performance, adoption of courses of study which do not require intensive legal analysis, and recognition for academic credit of sociological activities which have only an indirect relationship to legal training.
Second, it seems probable that this group will seek personal satisfaction and public recognition by aggressive conduct, which, although ostensibly directed at external injustices and problems, will in fact be primarily motivated by the psychological needs of the members of the group to overcome feelings of inferiority caused by lack of success in their studies. Since the common denominator of the group of students with lower qualifications is one of race this aggressive expression will undoubtedly take the form of racial demands–the employment of faculty on the basis of race, a marking system based on race, the establishment of a black curriculum and a black law journal, an increase in black financial aid, and a rule against expulsion of black students who fail to satisfy minimum academic standards.
Judge Fleming went on to articulate and rebut the various rationales for race discrimination in admissions. This paragraph is a relic of a better time:
The American creed, one that Yale has proudly espoused, holds that an American should be judged as an individual and not as a member of a group. To me it seems axiomatic that a system which ignores this creed and introduces the factor of race in the selection of students for a professional school is inherently malignant, no matter how high-minded the purpose nor how benign the motives of those making the selection.
Fleming also pointed out that discrimination in favor of one group necessarily means discrimination against others:
A quota policy particularly discriminates against minority groups which have achieved disproportionate representation in a particular field. Such a policy discriminated severely against Jewish applicants for admission to medical schools in the 1930’s. That policy was undoubtedly justified by its supporters as one designed to preserve a proportion of gentile students in medical schools equivalent to their proportion in the general population. Currently, the orientals in California, roughly 1 per cent of the population, comprise in some instances 30 per cent of the enrollment in certain engineering and technical schools. Were a quota system to be introduced in those schools in order to favor black and Mexican-American applicants, the first losers would be applicants from the presently disproportionately represented oriental group.
Which is, of course, a phenomenon that we see everywhere today.
Judge Fleming died in 2010, which means that he lived long enough to see his predictions vindicated. But to be right is not necessarily to be heeded. Just ask Cassandra.
Dean Pollak replied cordially to Judge Fleming’s letter. You can read his response, which defends race discrimination in law school admissions, at the link. Pollak’s letter strikes me as less than candid. I was struck by this passage:
[T]he considerations which have led the faculty to enlarge its readiness to accept academically under-prepared applicants of high promise are not confined to blacks or other disadvantaged racial minorities; these same considerations, the committee has observed, argue for greater solicitude with respect to, e.g., white applicants from Appalachia or the rural south. The point is one which will, I am confident, not be lost sight of….
This prediction, unlike Judge Fleming’s, did not prove to be prescient.
http://www.powerlineblog.com/archives/2017/11/the-prophet-of-affirmative-action.php
_________________________ 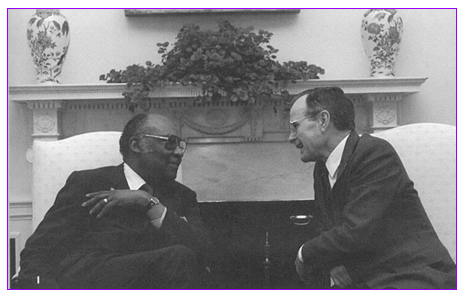 
Black Republican Art Fletcher was a pioneer in the civil rights struggle and was the “Father of Affirmative Action.” As President of the United Negro College Fund in 1972, Fletcher coined the phrase: "the mind is a terrible thing to waste."  He was one of the original nine plaintiffs in the famous Brown v. Topeka Board of Education lawsuit that brought school integration. Fletcher briefly pursued a bid for the Republican presidential nomination in 1995.
The enforcement of affirmative action began with President Richard Nixon‘s 1969 Philadelphia Plan crafted by Fletcher that was merit-based and set the nation‘s first goals and timetables. Nixon was also responsible for the passage of civil rights legislation in the 1970s.
Democrats turned affirmative action into an unfair quota system which promotes divisive “black privilege.”
Although affirmative action now has been turned by the Democrats into an unfair quota system that even most blacks do not support, affirmative action was pushed by Nixon to counter the harm caused to blacks when Democrat President Woodrow Wilson kicked almost all blacks out of federal government jobs after he was elected in 1912. Also, while Wilson was president and Congress was controlled by the Democrats, more discriminatory bills were introduced in Congress than ever before in our nation’s history.
Posted by Frances Rice at 11:59 AM