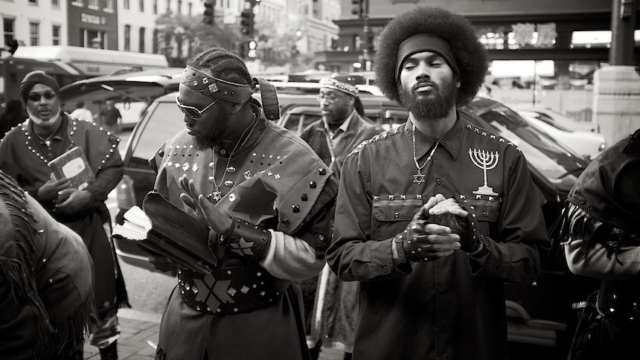 The media is ignoring a sect that calls themselves the Black Hebrew Israelites, who verbally attacked a group of Covington Catholic students near the Washington Monument on Saturday, January 19th, 2019.

See the below Tucker Carlson Tonight video, at the 3:40 mark, to watch and listen to what the Covington Catholic students were called by the Black Hebrew Israelites sect.

CLICK HERE TO READ THE REST OF THIS SHOCKING AND REVEALING ARTICLE.
Posted by Frances Rice at 11:29 AM