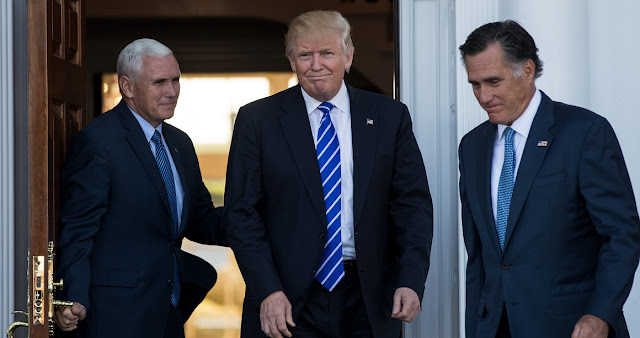 Senator-elect Mitt Romney is taking heat not only from President Trump but now from his own niece -- who happens to lead the Republican Party -- after publishing a scathing op-ed about the president. 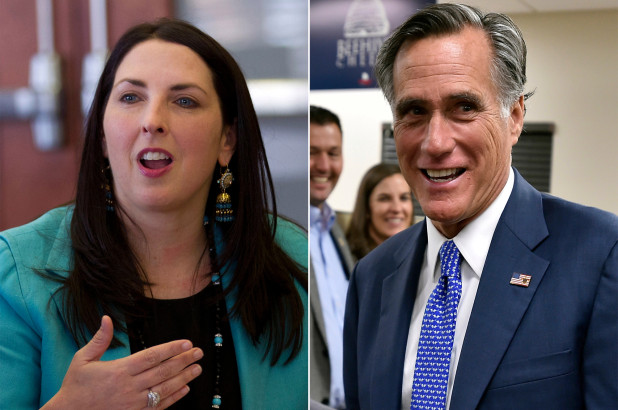 Ronna McDaniel, the Republican National Committee chairwoman also known as Ronna Romney McDaniel, turned the intra-party fight into a family feud when she scolded her uncle on Twitter for his anti-Trump column.

"POTUS is attacked and obstructed by the MSM media and Democrats 24/7. For an incoming Republican freshman senator to attack @realdonaldtrump as their first act feeds into what the Democrats and media want and is disappointing and unproductive," she tweeted.

McDaniel, who rarely tries to referee fights within the party, entered the dispute shortly after Trump himself weighed in. 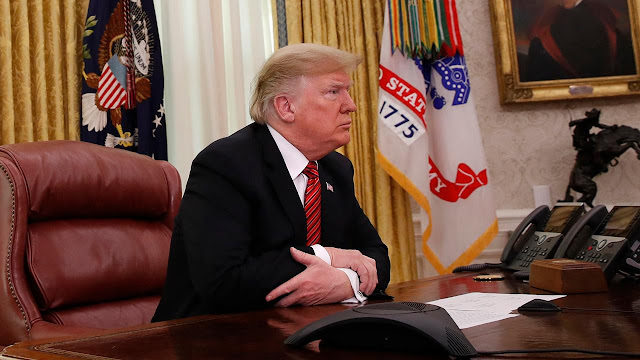 "Here we go with Mitt Romney, but so fast! Question will be, is he a Flake? I hope not," Trump tweeted early Wednesday morning, in a reference to retiring Jeff Flake, one of his biggest GOP critics in the Senate. "Would much prefer that Mitt focus on Border Security and so many other things where he can be helpful. I won big, and he didn’t. He should be happy for all Republicans. Be a TEAM player & WIN!"

The fighting underscores how the turmoil within the party over Trump's presidency is unlikely to settle in the new year.

The spark that lit the fire came when Mitt Romney, who won his Utah Senate race in November and has sparred with the president before, wrote in a scathing op-ed for The Washington Post that Trump "has not risen to the mantle of the office."

Published in The Post on Tuesday, Romney's piece reiterated past thoughts about Trump. That is, while Trump wasn't his first choice to be the Republican Party's presidential nominee in 2016, he hoped the billionaire businessman would "rise to the occasion" to lead and unite the U.S.

But, the 2012 GOP presidential nominee said, he's found that the president's actions have proven otherwise.

"... On balance, his conduct over the past two years, particularly his actions this month, is evidence that the president has not risen to the mantle of the office," Romney wrote.

Trump's policies and appointments as president have not necessarily been "misguided," according to the former Massachusetts governor, who said he was encouraged by the elevation of Rex Tillerson, Jeff Sessions, Nikki Haley, Gary Cohn, H.R. McMaster, John Kelly and James Mattis — a majority of whom  have since been fired or resigned from the administration.

Romney said Trump should be bringing the country together, inspiring Americans. He should demonstrate "the essential qualities of honesty and integrity, and elevate the national discourse with comity and mutual respect."

"As a nation, we have been blessed with presidents who have called on the greatness of the American spirit," he wrote. "With the nation so divided, resentful and angry, presidential leadership in qualities of character is indispensable. And it is in this province where the incumbent’s shortfall has been most glaring."

Romney has had an ever-changing relationship with Trump. A harsh critic of the billionaire businessman when Trump ran in 2016, Romney changed his tune in the immediate aftermath of the election when he was thought to be considered for secretary of state, even dining with the man he had called a "phony" and a "fraud." (He did not get the job.) He thanked Trump last year for his endorsement in the Utah Senate race. 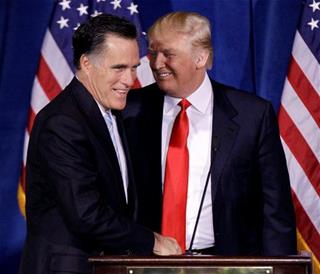 But as he enters Congress, Romney has returned to criticizing the president. The 71-year-old noted in his op-ed that the rest of the world often looks to the U.S. "for leadership" — and that the "world needs American leadership" — but that Trump's "words and actions have caused dismay around the world."

"To reassume our leadership in world politics, we must repair failings in our politics at home. That project begins, of course, with the highest office once again acting to inspire and unite us," Romney wrote in the op-ed. He added that, "Our leaders must defend our vital institutions despite their inevitable failings: a free press, the rule of law, strong churches, and responsible corporations and unions."

He said that regardless of the politician, he'll support policies that benefit Americans and those he represents in Utah. Romney said he won't comment on all of the president's tweets or problems, but "will speak out against significant statements or actions that are divisive, racist, sexist, anti-immigrant, dishonest or destructive to democratic institutions."

In Re: Romney
By Steven Hayward | POWERLINE 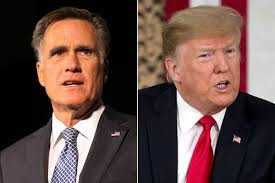 Everyone is buzzing today about Mitt Romney’s op-ed criticizing Trump in the Bezos Bulletin. (This, after seeking Trump’s endorsement for the Senate in Utah, and treating with Trump in 2016 to be secretary of state.)

The piece has that “more-in-sorrow-than-anger” tone that Trump’s crude manners are unbecoming of a president, and may degrade our democratic culture.

Perhaps this is so. I’m less interested in becoming the 10,000th voice on this issue and more interested in drawing attention to just one paragraph in the article that cries out for closer notice:

It is not that all of the president’s policies have been misguided. He was right to align U.S. corporate taxes with those of global competitors, to strip out excessive regulations, to crack down on China’s unfair trade practices, to reform criminal justice and to appoint conservative judges. These are policies mainstream Republicans have promoted for years.

I boldfaced “promoted” because Romney has unwittingly provided the devastating argument against his style of Republicanism.

Yes, it is quite true that nearly all Republican presidential candidates—and presidents—have promoted tax reform, lower regulation, getting tough with China, and appointing better judges (and add in moving the U.S. embassy to Jerusalem), if by “promoted” you mean giving lip service to the ideas.

None of them have delivered on these “promoted” ideas (Reagan excepted, of course).

The two presidents Bush botched judicial appointments, extended regulation, delivered little in the way of serious tax or spending reform, and did nothing serious with regard to China.

I wish Romney had defeated Obama in 2012.

But does anyone think this Massachusetts technocrat, who gave us the state-level version of Obamacare in the Bay State, signed up for a regional climate change cap-and-trade scheme, who appointed the egregious Gina McCarthy (Obama’s second EPA administrator) to be his environmental adviser, and appointed state judges who struck the first judicial blows for same-sex marriage, would have governed as a serious conservative had he won?

The point is, Trump has proved that “mainstream Republicanism” was a colossal failure. Whereas Bush-Romney Republicans “promoted” good ideas, Trump has delivered on them.

I’ll restate once again that I think Trump is, in Wall Street terms, a “high-beta presidency”—high risk, high reward.
…

[H]e has mounted the most vigorous challenge to liberalism of anyone since Reagan, under much more difficult political circumstances. We know what we’re going to get from Trump. From Romney, Jeb Bush, or John Kasich, we have no such confidence.

Romney should just get to work at being a good senator, and stop the posturing.