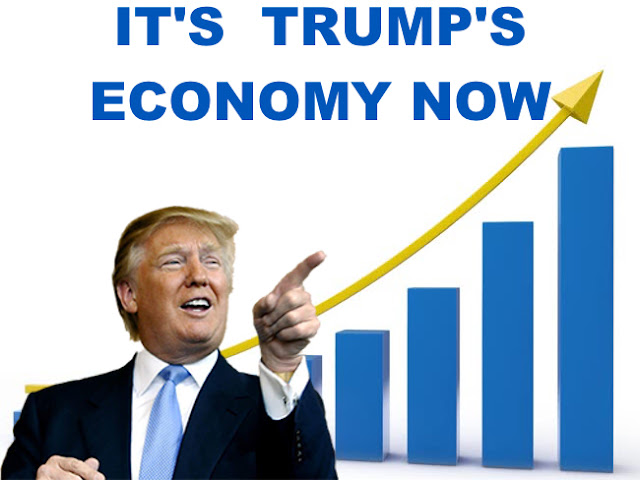 Stocks surged with the Dow Jones Industrial Average rising 746 points Friday after Federal Reserve Chair Jerome Powell said the central bank is prepared to adjust policy quickly and flexibly. His comments followed a blockbuster jobs report for December which saw annual wages jump the most since 2008.

The Dow's gain of 3.2 percent is the best performance on a jobs day since 2002, according to the Dow Jones Market Data Group. The S&P 500 also rose over 3 percent and the Nasdaq Composite even more at 4.3 percent.

Investors took the comments by Powell, who also said the Fed would be patient about raising rates amid conflicting economic signals, as a signal that policymakers may be willing to slow down the planned pace of interest rate hikes this year. The central bank is expected to raise rates twice this year.

White House Economic Advisor Larry Kudlow said the data shows there is no recession in the cards for the U.S. “We have strong growth, strong jobs and no inflation. That is a terrific optimal situation for our country or any country to be in and I hope the Central Banks take note of this” he said during an interview on “Varney & Co.” “It doesn’t get any better than this and I would encourage people to reconsider their pessimism.”

Equities were also lifted by China, whose premier said Friday that the country will reduce taxes, fees and banks’ reserve requirement ratio to boost the nation's weakening economy. That weakness has hit demand for U.S. products.

In addition, markets benefited from an announcement by China’s Commerce Ministry, which said a U.S. trade delegation led by Deputy Trade Representative Jeffrey Gerrish will visit China on Monday and Tuesday. The two sides are working to resolve disputes on trade and other economic issues.

China’s Shanghai Composite Index closed up 2.0 percent and higher by 0.8 percent for the week.

Hong Kong’s Hang Seng index ended up 2.2 percent and was up 0.5 percent for the week.

Japan’s Nikkei had its first trading session of the new year and finished the day down 2.3 percent.

Ken Martin contributed to this story.