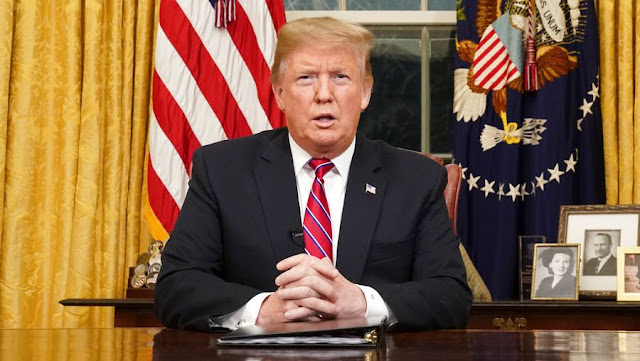 President Trump started a little slowly, but picked up steam and finished very, very strong. He holds a winning hand: there is indeed a crisis at the Southern border. Illegal immigration is a huge problem.

It is the number one reason why Trump is president, and the issue is stronger today than it was two years ago.

Trump’s closing was very strong, talking about Americans who have been murdered and otherwise brutalized by illegal immigrants. Democrats are utterly unconcerned about this fundamental security issue, just as they are unconcerned about drugs and MS-13.

The Democrats’ response was delivered by Nancy Pelosi and Chuck Schumer.

They came off poorly, I thought. First, they looked ridiculous: 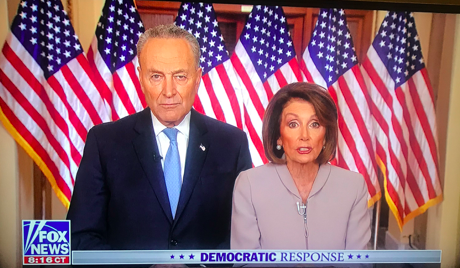 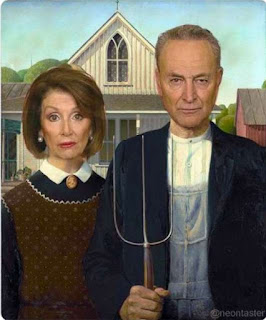 Schumer and Pelosi totally missed the mark, talking not about the border crisis, but about the partial “shutdown” which hardly anyone cares about. They came across as petty and partisan.