Watergate by Any Other Name 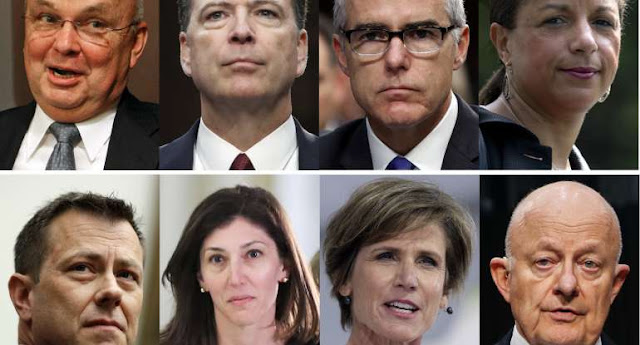 Familiarity, it is said, breeds contempt. It also breeds indifference. For almost three years now, the intelligence services and police apparatus of the deep state have worked tirelessly to undermine Donald Trump.

Beginning sometime in the late winter of 2016, when Trump’s presidential campaign was showing unexpected signs of strength, John Brennan—the Communist-voting apparatchik turned media mouthpiece whom it pleased Barack Obama to appoint as director of the CIA—began ringing alarm bells about Trump’s possible relations with the Kremlin.

His concern was based on two things. One was a report, spurious as it turned out, about “contacts between Russian officials and U.S. persons that raised concerns in my mind about whether or not those individuals were cooperating with the Russians.” The other was that brittle sense of entitlement, fired by paranoia, that membership in the higher echelons of the deep state’s nomenklatura breeds.

Brennan convened a “working group” at CIA headquarters that included Peter Strzok, the disgraced FBI agent who was head of counter-intelligence, and James Clapper, then director of national intelligence (now, like Brennan, another mouthpiece for the left-wing media), in order to stymie Trump’s campaign. It was Brennan, too, who first alerted James Comey, the disgraced former director of the F.B.I., to the fantasy of possible “collusion” between the Trump Campaign and “the Russians.”

Then came the infamous “Steele Dossier,” the agglomeration of malicious gossip about Trump that was surreptitiously commissioned by and paid for by the Clinton campaign and the DNC. This fantastical piece of “opposition research” was essentially the sole warrant for opening secret FISA investigations against Carter Page, a low-level Trump campaign advisor, and others.

All this provided sensational pabulum for the anti-Trump press, who spent countless hours peeling back the complex, hypertrophied onion that the CIA, the FBI, and various figures within the Obama administration had built up to destroy the candidacy of Donald Trump without quite seeming to target Trump himself.

Mirabile ditctu, it didn’t work. Still, it was impossible that Trump could actually win the election. Nancy Pelosi told us that we could “take it to the bank” that Donald Trump was not going to be president. Many other politicians and talking heads made fools of themselves emitting similar pseudo-certainties right up to the afternoon and early evening of election day.

But win he did, and that changed everything.

Now it was not a candidate who had to be stopped but a duly elected president of the United States who had to be kept from knowing exactly what lengths the government—soon to be his government—had gone to destroy him.

From November 9, 2016, to January 20, 2017, the reins of government were still in the hands of Barack Obama. The apparatus to stop Trump the candidate was already in place.