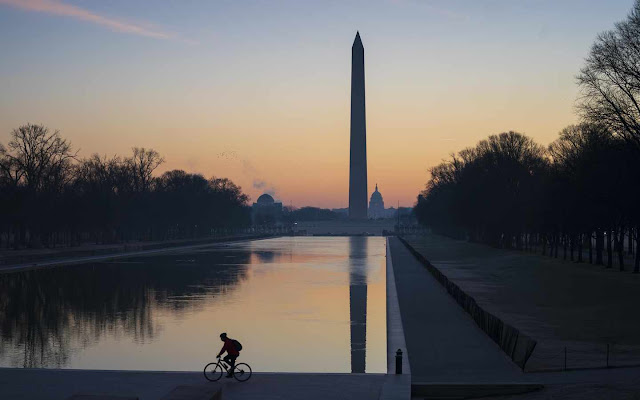 I rarely make predictions -- whether of election results or anything else. My policy has always been to say what I believe should be done, not what will be done.

I am making an exception with regard to America in 2019.

Thanks to the left's control of the House of Representatives and the news media, Americans will be kept in a fevered state throughout 2019 -- with innumerable hearings, exposes, criminal investigations and possible indictments of those around the president and the president himself.

Truth will not be the point. Defamation will. Anything that might muddy the president, no matter how spurious, no matter how thin the evidence, will be pursued with gusto.

The media will drop "bombshell" after "bombshell." If lives and careers are ruined, so much the better; no one should be associating with this president anyway, as far as the left is concerned.

The Robert Mueller investigation into alleged "collusion" between the Trump campaign and the Russian government -- which has led to guilty pleas and imprisonment of people around President Trump for offenses having nothing to do with such collusion -- is a preview of what lies ahead.

The goal of the left to weaken, disable and impeach the president is the heart of its mission to undo the 2016 presidential election.

If the Republicans had done anything comparable during the Obama administration, the Democrats and the media would not only have charged Republicans with racism -- as they labeled all criticism of Barack Obama -- they would have howled "fascism." And, for once, they wouldn't have been far from the truth. The misuse of government institutions for political ends is indeed a fascist tactic.

But because most media serve as the propaganda arm of the Democratic Party, there will be no protest from the media, only support.

There is nothing Trump or any member of his administration has done that is comparable to Hillary Clinton's use of her own email server while U.S. secretary of state, or her destroying tens of thousands of emails after they were subpoenaed by Congress, or foreign governments' and corporations' paying vast sums of money to Bill Clinton and The Clinton Foundation while Hillary Clinton was secretary of state.

Nor is there anything Trump or anyone in his administration has done comparable to the Obama administration's use of the IRS to suppress conservative nonprofits; its selling guns to Mexican drug cartels, at least one of which was later found at the scene where a Border Patrol officer was killed; or the lies it told about the cause of the murder of a U.S. ambassador and three other Americans in Benghazi.

Yet any suggestion by Republicans that these activities be investigated is effectively shouted down by the Democrats and the media.

And let's not talk about the real collusion in 2016 -- between the FBI, the State Department, the Clinton campaign and the Obama White House, using material sourced in part from the Russian government -- to undermine the Republican candidate for president and his presidency. The mainstream media isn't interested in that.

In other words, the Democratic Party and the media will do to American political life what it has done to the arts; the universities; the high schools; the Boy Scouts; race relations; religion; the happiness of so many women (misled by feminism regarding marriage and career); the moral fabric of American life (morality reduced to feelings); late-night television; mainstream Judaism, Catholicism and Protestantism; pro football; and the sexual innocence of the young: It will poison it.

From the French Revolution to this day, the two great aims of the left have been promising utopia to the malcontented and accumulating as much power as possible. All moral values are subservient to these goals.

After all, what could be more important than "social justice" (the left's term for everything it advocates); "equality" (of result); women's liberation from the "sexist oppression" of the "patriarchy"; combatting "white privilege"; fighting the "rape culture" that pervades campuses; saving life on planet Earth from the "existential threat" to it; "resistance" to the "authoritarian," "fascist," "white supremacist," "racist" Trump administration; supplanting national identities and institutions with a "world citizen" identity and international institutions; and undoing the most fundamental built-in identity of the human race, that of male and female, in the name of transgender rights?

Compared with almost any country, America is freer; gives its people more opportunities to economically advance; is less racist, xenophobic and anti-Semitic; has a friendlier population; has less corruption; and has far more medical innovation.

Yet this coming year, the left, the Democratic Party and the media will continue purveying the lie that the Trump administration is fascist, racist and authoritarian and poses a mortal threat to American democracy.

Given all this Trumpian fascism, how exactly did the Republicans lose the House?

Thanks to Democratic control of the House of Representatives, the left will use the levers of government to keep the American people in a constant state of agitation.

The only thing the left hates more than a happy population is losing elections.

And it knows the two are linked -- because happy and grateful Americans rarely vote Democrat.

The road to Democrat victories lies in convincing women, blacks, Hispanics, Jews and young people to be as unhappy, ungrateful and angry as possible -- in the greatest country ever made.

Nevertheless, in wishing a happy new year to my fellow Americans, I hope I'm wrong.