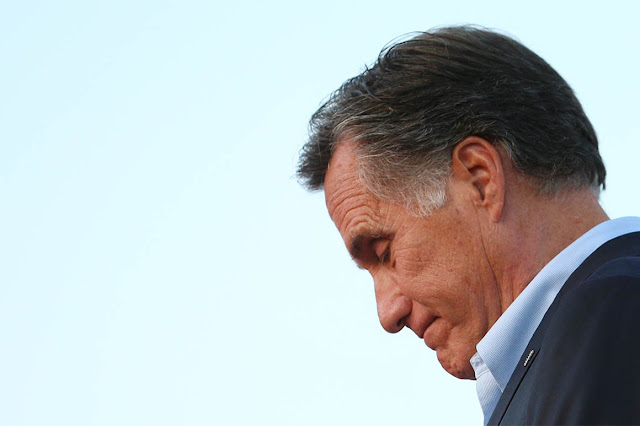 The first public thing Sen. Mitt Romney (R-Utah) did in the year 2019 -- on Jan. 1 -- was publish an attack on President Trump in the Washington Post, which, as we know, has not lacked for attacks on Trump.

He did not even wait until being sworn in, two days later.

I campaigned for Sen. Mitt Romney when he ran for president, including a closed-door meeting with him to raise funds among wealthy Los Angeles Republicans.

As it turns out, I worked to elect a somewhat foolish man with few identifiable convictions. (For the record, I would do so again, since just about any Republican president will do less damage to the country than any leftist -- and Democratic politicians are now all leftists.)

Life is filled with disappointments, and I will survive this one. But I should explain why this Romney column is so disappointing.

First the foolish part. What did Romney seek to achieve by publishing an attack on his own party's president? Did he think he would persuade one supporter of the president to stop supporting him? If he did, he failed, not because none of us can be persuaded to change our minds but because the piece was so intellectually and morally shallow.

So, why did he write it? And why did he publish it in the Washington Post, a Trump-hating newspaper? Does he share the Washington Post's political, social and moral values? Did he think he would enlighten Washington Post readers, the vast majority of whom already loathe the president, the Republican Party and the half of the country that voted for Donald Trump?

Does he believe attacking Trump is more important than addressing whether the United States has borders secure enough to prevent millions of people from coming into America illegally?

Does he believe attacking Trump is more important than the left's ongoing attempt to abolish male and female identities among children?

Does he believe attacking Trump is more important than attacking the left's goal of weakening the American military?

Does he believe attacking Trump is more important than attacking the gargantuan size of the federal government, which undermines the unique American ideal of limited government?

Does he believe attacking Trump is more important than attacking the left for essentially destroying the Boy Scouts, from which his own LDS church has now withdrawn support?

Does he believe attacking Trump is more important than the dramatic decline of religion in American life? He is, after all, a religious man.

Does he believe attacking Trump is more important than preventing the left from dominating the country's federal courts, including the U.S. Supreme Court?

If he does, he may be more than a fool.

Something more may involve character defects.

I try to avoid directing comments at the character of those I differ with, but since Mitt Romney deems it of national significance to publicly attack the character of the president of the United States, and given that he considers character more important than policies that affect the nation and the world, he has invited consideration of his character.

Given his attack on the president, rather than on the nation- and civilization-destroying policies of the left and the Democratic Party, character issues may explain his Washington Post column.

While we have every reason to assume Mitt Romney is personally honest and faithful in marriage, a public figure's character is far more than his or her personal honesty and marital fidelity.

Plenty of honest men and women and plenty of faithful husbands and wives have helped ruin societies. And in those more important areas of character, Mitt Romney is apparently quite lacking.

One character issue is lack of courage.

In today's environment, it takes no courage to attack Donald Trump, especially in the Washington Post.

Sen. Romney is now the darling of the elites of this country. He will be showered with praise by the elite newspapers and all the news networks (except Fox). He will be invited to give talks at universities throughout the country. He will be feted in Europe. And no one will scream obscenities at him when he dines in Washington, D.C., restaurants.

Another character issue is pettiness.

It now seems very hard to deny that Romney resents Trump for doing what he failed to do: win the presidency.

A third character problem is a lack of conviction.

Does anyone reading this column know what Mitt Romney stands for aside from winning elections?

Can one reader name one strong conviction Mitt Romney holds? I can't.

He appears to be essentially conviction- and ideology-free.

The New Republic wrote in 2012, the year Romney ran for president, "In his various incarnations as a candidate, he has campaigned as a progressive, a conservative, a technocrat, and a populist, suggesting his deepest attachment is to winning."

When Donald Trump sought the Republican presidential nomination, I was convinced he had no ideology. And I could not identify any convictions. I therefore opposed his nomination. But I vigorously supported his campaign for president and hoped my original assessment was wrong.

Lo and behold, Trump turns out to have the most solid conservative convictions of almost any Republican politician since Ronald Reagan -- and an almost preternatural amount of courage to put them into practice.

[EDITOR’S NOTE: Does the below article show that Mia Love is Mitt Romney Light? Is there something in the Utah water?]

By Michael Burke | The Hill 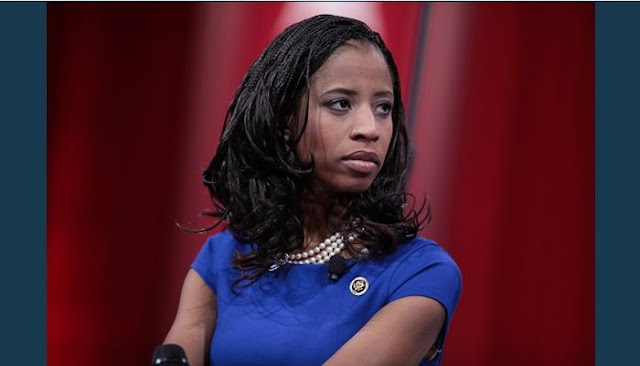 The two former members of the House made their debuts Monday morning on CNN's "New Day" program.

Love lost her reelection bid on Nov. 6 to Democrat Ben McAdams. Gutiérrez announced in 2017 that he planned to retire from Congress and did not seek reelection in 2018.

Trump singled her out for not embracing him enough on the campaign trail.
"Mia Love gave me no love, and she lost," Trump said during a news conference. "Too bad. Sorry about that, Mia."

Love responded later that month, saying that Trump's brand of politics were "insufficient."

"No real relationships, just convenient transactions," she said. "That is an insufficient way to implement sincere service and policy."

In her first day as a commentator for CNN, Love opined on the ongoing partial government shutdown that is now in its third week.

The shutdown was prompted because Trump said he would not sign a spending bill that didn't include $5 billion in funding for a wall along the southern border.

In a televised Oval Office meeting with Democratic leaders Charles Schumer (N.Y.) and Nancy Pelosi (Calif.) before the shutdown began, Trump said he was "proud to shut down the government for border security."

Referencing that meeting, Love said Monday that "this thing was set to fail right when it started."

"You have a president that says, ‘If you don’t give me a wall, I will own a shutdown.’ … There was no leverage," she said. "There was nothing that would even set the precedent for a really good deal or a compromise."

https://thehill.com/homenews/media/424164-former-reps-mia-love-luis-gutierrez-join-cnn-as-commentators
Posted by Frances Rice at 10:14 AM