Trump Digs In: We Cannot Have Border Security Without A Wall 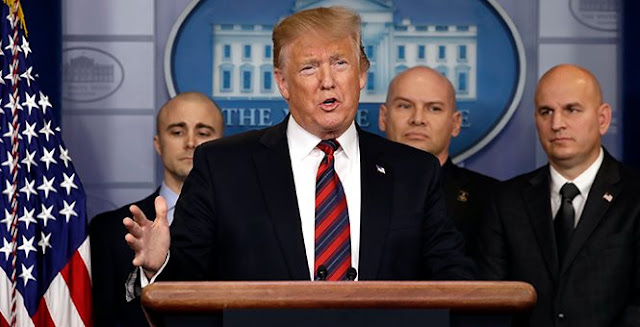 The Democrats have taken over the House. It’s official. The 116thCongress is in session, and to our horror, Nancy Pelosi is speaker again. Without a doubt, it’ll be a period of warfare. It already has begun with this government shutdown, which has entered its 12th day.

The Trump White House wants funds for a border wall, fulfilling part of a key campaign promise to enforce our immigration laws and protect the border. The Democrats, taking their new House majority for a spin, aren’t playing ball. Not one cent for the wall is their mantra. And Pelosi said she’s not giving the president any money for a wall.

Today, President Trump all but telegraphed Speaker Pelosi that he’s not budging either. He made a special appearance at the White House briefing, where he congratulated Nancy Pelosi for becoming speaker.

The president then gave props to Immigration and Customs Enforcement and Border Patrol. He said that he was set to met with the National Border Patrol Council, a federal employee labor union that’s part of the AFL-CIO, and thought it would be nice to come out here and address the press.

Concerning support for his border security agenda, Trump said he’s never seen anything like it.

“We need protection in our country,” the president said, promising to make it good. He added that immigration enforcement authorities have apprehended some 17,000 criminals. They’re also topping the flow of drugs into the country.

Brandon Judd, who the president gave warm words to prior to handing over the microphone to him, is the president of the National Border Patrol Council and said that walls work. He’s seen so firsthand during his career as a Border Patrol agent. Judd called the wall an absolute necessity for Border Patrols agents.

The various vice presidents also briefly addressed the White House press corps, saying that they have skin in the game, that it’s not about political parties, and that this shutdown impacts all. They voiced their support for Trump’s agenda in protecting our borders.

Trump said that without a wall, you couldn’t have border security. He said that drones, sensors, and others technological tools that some could argue would constitute a virtual wall are good, but they’re not going to stop the physical problem of illegal aliens, some of them cold-hearted criminals, from entering the country.

Trump then thanked the press the left. No questions were taken. The presser lasted less than ten minutes.

Question For Pelosi: If Walls Are 'Immoral,' Do You Support Tearing Down Existing Border Barriers? 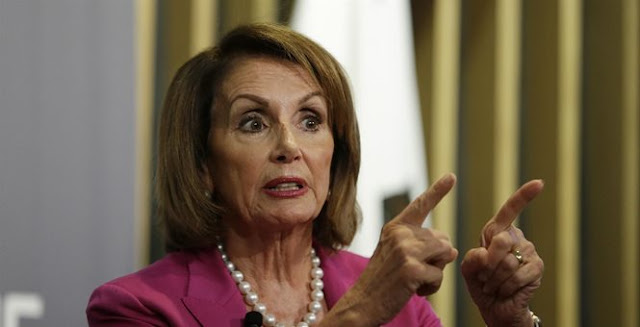 Honestly, I wish I'd come up with this idea on my own, but that credit goes to Rich Lowry, whose new column I'll quote below.

But to lay some groundwork here, incoming House Speaker Nancy Pelosi frequently intones that her party supports "border security," yet her rhetoric and actions on immigration policy feels increasingly indistinguishable from those of an open borders zealot.

The party's dominant left flank may theoretically favor national sovereignty, but so long as the president is passionately committed to securing the border, any semblance of the 'Wall' -- along with various branches of the executive branch's enforcement apparatus -- are treated as totems of unflinching resistance.
Perhaps this is why, while vacationing in Hawaii in the midst of a government shutdown, Pelosi couldn't be bothered to comment on the murder of a California police officer by an illegal immigrant with multiple prior arrests and known gang ties.

The local sheriff blamed 'sanctuary' laws for the alleged assailant's continued presence inside the United States, and federal authorities have confirmed that the suspect was not brought to their attention until after he'd killed the young officer, who recently became a father.

Such inconvenient occurrences do not serve The Narrative, so they're diminished or ignored.

Pelosi would much rather highlight tragedies like these (about which journalists and other partisans too often jump to false conclusions) or prattle on about how the president's proposed border wall is "immoral." That's quite a loaded term, and it merits further exploration.  What does she mean by this?
Are physical structures designed to prevent the uninhibited flow of people across a sovereign border intrinsically or inherently immoral -- and if so, why?

Further, are the many miles of existing barriers -- both walls and fencing -- along America's southern border also immoral, or would immorality only kick in upon new construction?

And by any chance, might the moral calculus depend almost entirely on whether a potential construction project is undertaken while someone named Donald Trump is President of the United States?  It would be fascinating to hear the freshly-reinstalled House Speaker explain her position on this, preferably at some length.

Because if she truly believes that a border barrier is "immoral" unto itself, she should be campaigning to tear down that wall.  And she couldn't possibly let obstacles like the cost or logistical difficulty stand in her way; she's positioned herself as a moral crusader, and this is a moral crusade.

Which brings us back to Lowry's aforementioned piece, in which he discusses the Democratic Party's newly-acquired, acute allergy to anything that might qualify as "The Wall:"

It’s a wonder that Democrats haven’t staked out a negotiating position demanding the destruction of already-existing barriers along the U.S.-Mexico border.

Their opposition to Trump’s border wall (or, more properly, his so-called wall) is now so total as to be nearly indistinguishable from opposition to any serious infrastructure at the border at all.

The partial government shutdown is fueled by a clash of visions over, ultimately, the legitimacy of borders and, proximately, physical barriers to make our southern border more secure.

Triggered as always by Trump, and growing more dovish on immigration almost by the hour, Democrats are treating the notion of a wall as practically a human-rights abuse.

President Barack Obama routinely droned people without generating as much high dudgeon as Trump does asking for $5 billion to better fortify our border.

A wall or fencing is relatively mild as far as immigration enforcement goes. It doesn’t involve deporting anyone. It doesn’t separate families. It doesn’t prosecute and detain anyone.

It doesn’t deny any illegal immigrant currently working in the United States a job. All it does is seek to avoid getting in a situation where any of these things is necessary in the first place.

A wall doesn’t close down the border, or close us off to the world. There are still ports of entry. People can still travel to and from Mexico. People can still, for that matter, fly to Paris.

It just diminishes illegal entry at certain strategic points. Robust fencing made an enormous difference in stopping illegal crossings in Yuma, Ariz. The area had only about 5 miles of fencing in the mid-2000s, then saw the extent of its fencing increase 10-fold. Apprehensions plummeted.

Lowry goes on to note, as we have, that not terribly long ago, the mainstream Democratic Party was more than amendable to building hundreds of miles of additional barriers along the border with Mexico -- although they quickly voted to neuter the law they'd just recently helped pass just as soon as they gained control of Congress the following year.

Nevertheless, were Senators like Barack Obama, Hillary Clinton, Chuck Schumer and Dianne Feinstein moral reprobates or cowards when they signed on to the original bill? If not, why isn't it realistic to revisit the idea of following through upon this bipartisan policy as a central component of an immigration deal?

Bizarrely, Pelosi says that normalizing DREAMers' status cannot be linked to border security measures in any such compromise because the issues are supposedly unrelated. But they are manifestly related; DACA recipients' legal limbo is directly attributable to their parents' violations of US immigration laws, in many cases aided by insufficient American border security.

All of this serves to underscore the unseriousness of the immigration debate, in which (at least) one political party appears to have very little interest in achieving anything.  Indeed, even the DREAMers' ordeal seems to be perceived as an political advantage, and is therefore valuable as an unresolved problem.

I'll leave you with with this leftover from New Years Eve:
------

US fires tear gas across Mexico border to stop migrants 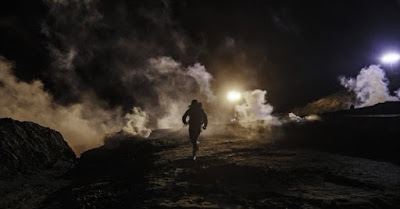 TIJUANA, Mexico (AP) — U.S. authorities fired tear gas into Mexico during the first hours of the new year to repel about 150 migrants who tried to breach the border fence in Tijuana.

Is deploying tear gas to defend American soil against unlawful entry by a violent mob "immoral"?  Inquiring minds must know.