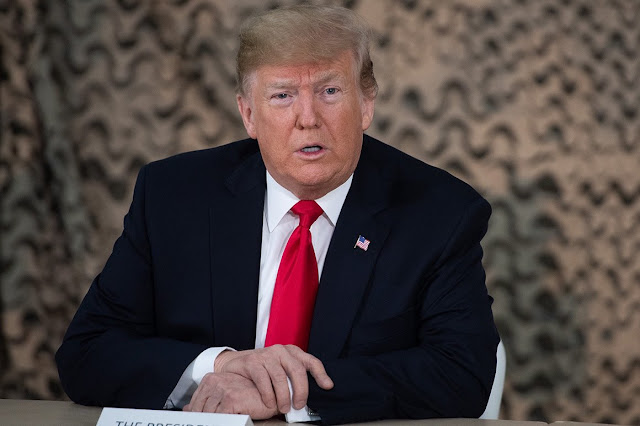 President Trump and Congress need to hear from the American people that we support the president. It’s time to expose the truth about how the Democrats have never planned to negotiate in good faith. Below are details.
_____________________________ 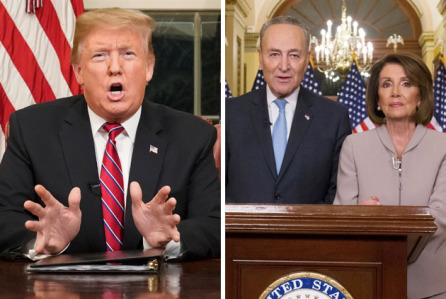 ·       Nancy Pelosi and the Democratic leadership have been exposed, they never planned on negotiating in good faith.

·       The President asked Pelosi and Schumer if they would follow through on wall funding after the government was reopened, and Pelosi said no.

·       From the beginning, the President has said border security, including a physical barrier, is a requirement.

·       Democrats are not in favor of border security—if they were, they’d listen to our law enforcement professionals and give them the resources and funding they need to do their job and keep the American people safe.

·       Kicking the can down the road on the false promise of “considering” wall funding isn’t a serious negotiation. 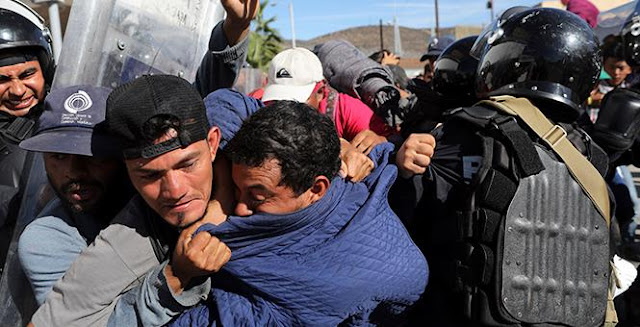 President Trump is calling on Democrats to join Republicans to help address the humanitarian crisis on our Southern border.

PRESIDENT TRUMP: “The United States must not incentivize or enable these evil crimes. Instead, we should do everything we can to fight them and that's what we're doing. I call on Congress to send me a funding bill to secure the border, build the barrier, and help end this horrific assault on innocent life.”

Democrats continue to ignore the border crisis in the name of politics.

PRESIDENT TRUMP: “The only reason they're against it is because I won the Presidency and they think they can try and hurt us going into the presidency, but that's not going to happen. We don't give up. Because we're doing, we're doing the right thing for our country.”

PRESIDENT TRUMP: “Look, we can all play games. But a wall is a necessity. All of the other things, the sensors and the drones, it's all wonderful to have and works well but only if you have the wall. If you don't have the wall, it doesn't matter. A drone isn't stopping a thousand people from running through.”

VICE PRESIDENT PENCE: “Today, in this brief meeting, we heard once again that Democratic leaders are unwilling to even negotiate to resolve this partial government shutdown or address the crisis at our southern border. They demanded once again that before any negotiations could begin, that we would have to agree to reopen the government.”

VICE PRESIDENT PENCE: “I know there's going to be millions of Americans, hundreds of thousands of federal workers, that are as disappointed as we are that the Democrats are unwilling to engage in good faith negotiations. But the American people know we face a serious humanitarian and security crisis at our southern border.”

REP. STEVE SCALISE: “The families missing paychecks this week, it's not fair to them to jokingly say you're going to offer only a dollar to solve this problem when you haven't given any serious credible counter-offer. The President's laid out many different options.”

President Trump and Republican leadership are committed to addressing the border crisis.

PRESIDENT TRUMP: “But the Republicans want border security, they want national security, they want to have a steel barrier or a wall of concrete, they don't care. But I’ll use any term they want. We need a barrier to stop human traffickers and the drug trade and stop the big problems that come including gangs.”

VICE PRESIDENT PENCE: “This President, our entire Administration working with these Republican leaders, is going to continue to drive forward to bring about the kind of reforms that well see the safety and security of the American people.”

VICE PRESIDENT PENCE: “What the President made clear he's going to stand firm to priorities to build a wall, a steel barrier on the southern border, add additional personnel, resources, and additional reforms to stem the crisis that we face on our southern border.”

REP. KEVIN MCCARTHY: “And as I’ve said before, I will work with anyone that wants to move America forward, wants to secure our border. This is the goal that everybody in that room, every Democrat said in the room they're for border security.”

REP. MCCARTHY: “You ask me what American believes border security does not have some form of a barrier. It’s only the democrats sitting in that room have I ever found, and the way they have displayed and the behavior is embarrassing to me. I want to solve this problem.”

Walls have been used for centuries because they are effective.

PRESIDENT TRUMP: “So we got to get the politics out of this and go back to common sense. You know, they say it's a medieval solution, a wall. That's true. It's medieval because it worked then and it works even better now.”

DHS SECRETARY KIRSTJEN NIELSEN: “This is a crisis, it is a humanitarian crisis, it is a security crisis. And the reality is that walls work. Everywhere we have put up a wall illegal immigration has been reduced 90 to 95%. You want to stop the smuggling between ports of entry, you need a wall. Stop the human misery, you need a wall.”
Posted by Frances Rice at 10:52 AM