History Repeats Itself: “The Mis-Education of the Negro” 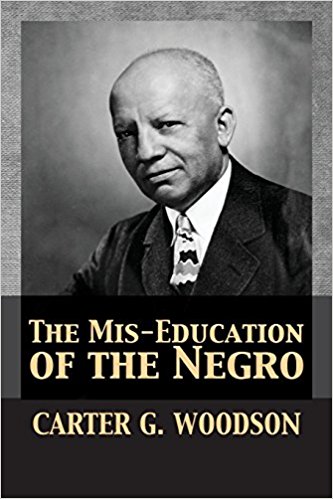 A page out of history is being played out today for black Americans who are trapped on the Democratic Party's economic plantation.

See the book by Carter G. Woodson published in 1933 with the title “The Mis-Education of the Negro” available on Amazon.

Woodson, a Harvard graduate who was born in 1875 and died in 1950, was a historian, author, journalist and the founder of the Association for the Study of African American Life and History. He was one of the first scholars to study African-American history.

The synopsis posted on Amazon contains the following information.

The thesis of Dr. Woodson's book is that blacks of his day were being culturally indoctrinated, rather than taught, in American schools.

This conditioning, he claims, causes blacks to become dependent and to seek out inferior places in the greater society of which they are a part. He challenges his readers to become autodidacts and to "do for themselves", regardless of what they were taught:

History shows that it does not matter who is in power... those who have not learned to do for themselves and have to depend solely on others never obtain any more rights or privileges in the end than they did in the beginning.

Here is a another quote from the book:

"When you control a man's thinking you do not have to worry about his actions. You do not have to tell him not to stand here or go yonder. He will find his 'proper place' and will stay in it. You do not need to send him to the back door. He will go without being told. In fact, if there is no back door, he will cut one for his special benefit. His education makes it necessary.”
Posted by Frances Rice at 9:29 PM