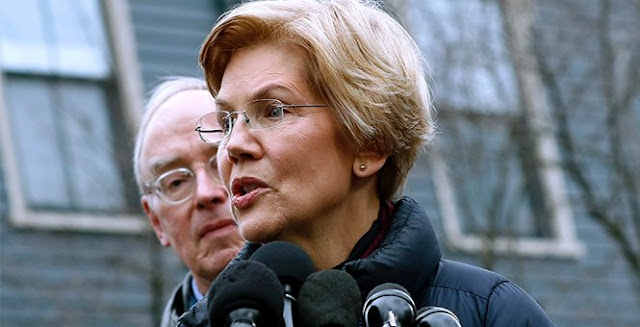 As Sen. Elizabeth Warren (D-MA) tries to put her Native American heritage controversy to rest, another chapter in the scandal has just been written. It turns out, not only did the senator claim American Indian heritage at Harvard, she also claimed it when applying for the Texas State Bar in 1986.

This latest revelation, published exclusively by the Washington Post, with documents and all, will undoubtedly keep this in the news for quite awhile. 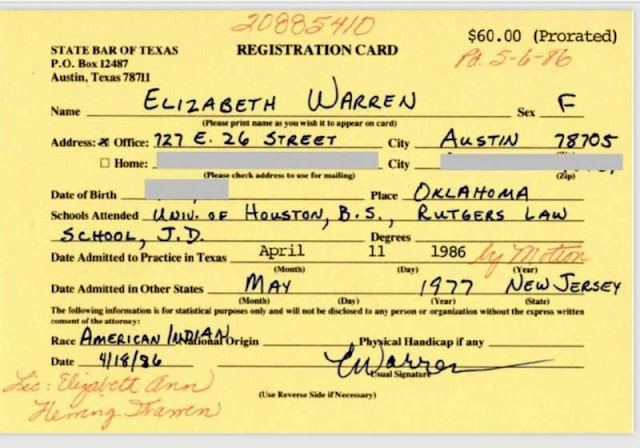 Elizabeth Warren apologizes for calling herself Native American
The discussion with the chief of the Cherokee Nation went beyond her controversial DNA test.
washingtonpost.com

Warren printed, “American Indian” on the line for “race” on her Texas bar registration card. It is the first piece of evidence we have of her claiming Native American ancestry in handwriting.

This is not good. Elizabeth Warren listed her race as “American Indian” on a State Bar of Texas registration card.

“She is sorry that she was not more mindful of this earlier in her career,” said Kristen Orthman, a Warren campaign spokeswoman.

A few months back, Warren shared the results of a DNA test that proved she was 1/1,024th Native American. The Cherokee Nation called it "indefensible." Instead of backing down on her claims, she should have apologized.

Well, she eventually got around to it last week.

“I can’t go back,” Warren told The Washington Post in another interview on Tuesday. “But I am sorry for furthering confusion on tribal sovereignty and tribal citizenship and harm that resulted.”

Perhaps she should just end her 2020 campaign now before it gets worse?
The RNC issued the following response:

“For the seven years this has been in the news, Elizabeth Warren has refused to apologize," said RNC spokesman Mike Reed. "Now, four days before her formal presidential launch, she’s issued a politically opportunistic apology that doesn’t go nearly far enough. Warren pretended to be a minority to climb the Ivy League ladder – a lie that will continue to haunt her presidential ambitions.”

https://townhall.com/tipsheet/cortneyobrien/2019/02/05/report-liz-warren-also-claimed-indian-heritage-for-texas-state-bar-n2540868
Posted by Frances Rice at 9:27 AM