Schiffting to Phase 2 of Collusion

By KIMBERLEY A. STRASSEL 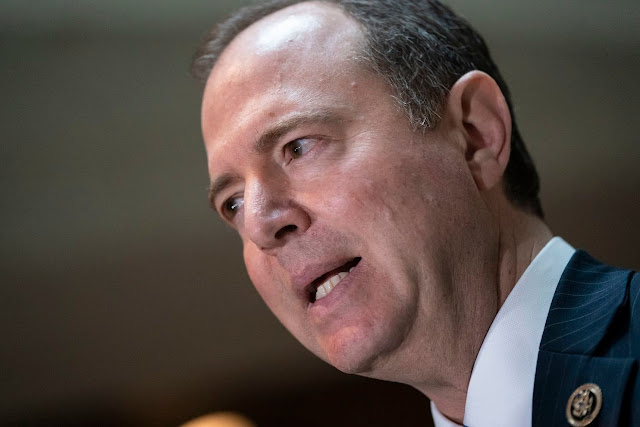 There’s been no more reliable regurgitator of fantastical Trump-Russia collusion theories than Democratic Rep. Adam Schiff. So when the House Intelligence Committee chairman sits down to describe a “new phase” of the Trump investigation, pay attention. These are the fever swamps into which we will descend after Robert Mueller’s probe.

The collusionists need a “new phase” as signs grow that the special counsel won’t help realize their reveries of a Donald Trump takedown. They had said Mr. Mueller would provide all the answers. Now that it seems they won’t like his answers, Democrats and media insist that any report will likely prove “anticlimactic” and “inconclusive.” “This is merely the end of Chapter 1,” said Renatto Mariotti, a CNN legal “analyst.”

Join us on March 4 as WSJ Opinion’s Paul Gigot leads a “State of TV News” panel discussion including Fox Business’s Maria Bartiromo, CBS’s Christy Tanner and “Network” actor Tony Goldwyn. Included in your admission to the event is a ticket to see “Network” on Broadway at a subsequent date.
Mr. Schiff turned this week to a dependable scribe—the Washington Post’s David Ignatius—to lay out the next chapter of the penny dreadful.

So, no apologies. No acknowledgment that Mr. Schiff & Co. for years have pushed fake stories that accused innocent men and women of being Russian agents. No relieved hope that the country might finally put this behind us. Just a smooth transition—using Russia as a hook—into Mr. Trump’s finances. Mueller who?

What’s mind-boggling is that reporters would continue to take Mr. Schiff seriously, given his extraordinary record of incorrect and misleading pronouncements. This is the man who, on March 22, 2017, helped launch full-blown hysteria when he said on “Meet the Press” that his committee already had the goods on Trump-Russia collusion.

“I can’t go into the particulars, but there is more than circumstantial evidence now,” Mr. Schiff declared then. Almost two years later, he’s provided no such evidence and stopped making the claim—undoubtedly because, as the Senate Intelligence Committee has said publicly, no such evidence has been found.

He claimed that former Trump campaign aide Carter Page secretly met with a Vladimir Putin crony and was offered the brokerage of a 19% share in a Russian company. That Trump campaign manager Paul Manafort tapped Mr. Page as a go-between. That the Russians offered the Trump campaign damaging documents on Hillary Clinton in return for a blind eye to Moscow’s Ukraine policy. Mr. Schiff has never acknowledged that all these allegations have been debunked or remain unproved.

There was Mr. Schiff’s role in plumping the discredited January BuzzFeed story claiming Mr. Mueller had evidence the president directed his former personal lawyer Michael Cohen to lie to Congress. The special counsel’s office issued a rare statement denying the report. There was Mr. Schiff’s theory that the mysterious phone calls Donald Trump Jr. placed before his 2016 meeting with Russians at Trump Tower were to Candidate Trump.

Senate Intel shot that down. And don’t forget Mr. Schiff’s February 2018 memo claiming the Steele dossier “did not inform” the FBI probe, because the bureau didn’t obtain it until long after the probe’s start. Testimony from Justice Department officials shot that one down, too.

With a track record like this, who wouldn’t believe Mr. Schiff’s new claim, in the Ignatius interview, that the key to collusion rests in Trump finances—in particular something to do with Deutsche Bank ?

But hold on. Where did we first hear that Deutsche Bank theory? That’s right. See pages 64 and 117 of the wild House testimony of Glenn Simpson—head of Fusion GPS, the organization behind the Steele dossier. It’s right there, stuffed in between Mr. Simpson’s musings that Ivanka Trump might be involved with a “Russian Central Asian organized crime nexus,” that there is something nefarious happening on the “island of St. Martin in the Caribbean,” and that Roger Stone is part of a “Turkey-Russia” plot.

Mr. Schiff is taking his cue for Phase 2 of his investigation from the same Democrat-hired opposition-research group that launched the failed Phase 1.
At the start of all the Russia craziness, Mr. Schiff had a choice: maintain the bipartisan integrity of his committee by working with Republicans to find honest answers, or take on the role of resident conspiracy theorist. He chose his path.

The rest of us should know better than to follow him.