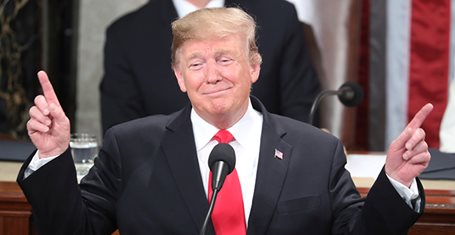 To this day, there has been zero solid evidence to suggest there was a definitive collusion conspiracy between the Trump campaign and the Kremlin.

After years of mocking Republicans for suggesting the Russians were a geopolitical threat, it took one election loss to turn them into rabid Russophobes the likes we haven’t seen since Joseph McCarthy was in the U.S. Senate.

This has always been a sour grapes crusade peddled by Democrats still stunned that Hillary Clinton lost in 2016, still seething over that loss, and desperate to find something, anything, that they can use to impeach the president.

We have the DOJ probe spearheaded by Special Counsel Robert Mueller, who has been investigating this matter for over a year and a half. The investigation is closely guarded, but things leak in this town, especially on this.

We would have known about potential solid evidence by now. We have none.

And now the Senate Intelligence Committee has found “no direct evidence” of Trump-Russia collusion after two years of investigating and 200 interviews (via NBC News):

After two years and 200 interviews, the Senate Intelligence Committee is approaching the end of its investigation into the 2016 election, having uncovered no direct evidence of a conspiracy between the Trump campaign and Russia, according to both Democrats and Republicans on the committee.

But investigators disagree along party lines when it comes to the implications of a pattern of contacts they have documented between Trump associates and Russians — contacts that occurred before, during and after Russian intelligence operatives were seeking to help Trump by leaking hacked Democratic emails and attacking his opponent on social media.

"If we write a report based upon the facts that we have, then we don't have anything that would suggest there was collusion by the Trump campaign and Russia," said Sen. Richard Burr of North Carolina, the Republican chairman of the Senate Intelligence Committee, said last week in an interview with CBS News.

Burr was careful to note that more facts may yet be uncovered, but he also made clear that the investigation was nearing an end.

"We know we're getting to the bottom of the barrel because there're not new questions that we're searching for answers to," Burr said.

Democratic Senate investigators who spoke to NBC News on condition of anonymity did not dispute Burr's characterizations, but said they lacked context.

Yeah, it’s a nothingburger. It’s always been a ridiculous story, one that exposed a rather schizophrenic narrative about the president from Democrats.

He’s either a genius who colluded with the Kremlin or a moron; he cannot be both.

Also, yes, there were some shady people in the Trump orbit, many of which have been indicted, but for crimes unrelated to collusion and most of them pre-dating the 2016 election. Who cares?

The pervasive poor reporting about the subject has exacerbated the whole issue.

Most recently, BuzzFeed had their beloved scoop that Trump ordered ex-personal lawyer Michael Cohen to lie to Congress about a Russian real estate deal. Who blew it up?

The Mueller investigation, which offered a rare statement saying that their story, was inaccurate.

CNN has been nearly beaten to death for their shoddy reporting on Russia collusion.

Granted, there have been some moments of sanity from the news media about this story, with some hosts even admitting that no evidence will be found, but it’s overall been rather embarrassing.

As for the Democratic Party, well, some of its members have fallen off the deep end.