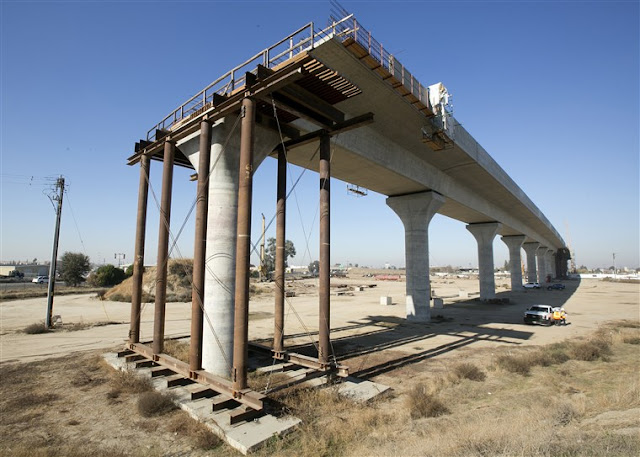 Big news from California: Gov. Gavin Newsom, in his first State of the State speech, has said he is ending the state’s hugely expensive and hopelessly quixotic high-speed rail line.

According to the San Francisco Chronicle website, Newsom said the high-speed rail, a project beloved of the just-retired four-term Gov. Jerry Brown, “would cost too much and take too long.”

Cost too much: an estimated $77 billion, far above the cost pitched to voters when the project was approved 52 to 48 percent in 2008. Take too long: its first phase had an estimated completion date of 2033, some 14 years from now.

I have written numerous times about this egregious folly. Brown seemed to think that high-speed rail was cutting-edge technology. Actually, the first high-speed rail line, Japan’s Shinkansen, was opened in 1964, 55 years ago and 69 years before the California high-speed rail’s latest estimated completion date.

A high-speed rail between the Los Angeles and San Francisco Bay area makes no economic sense. Flights between these two metro areas take about one hour, to and from multiple major airports — five in metro L.A., three in the Bay area — while the supposedly high-speed train would probably cost more than a plane ticket and take four hours. Travelers with less money and more time can drive door-to-door between the two in about six hours.

Newsom did say that the state would continue to build the currently-under-construction link between Bakersfield and Merced. “He says building the line could bring economic transformation to the agricultural region,” reports the Chronicle.

Though one might add that employing people there to dig holes and then fill them up would be about as productive.

There’s a hitch to stopping now: “He says abandoning that portion of the project would require the state to return $3.5 billion in federal dollars.” That’s money the Obama administration sent to Brown to fulfill what he considered a dream, but for everyone else, has been a nightmare.