Trump cuts short North Korea summit after dispute over sanctions: 'Sometimes you have to walk' 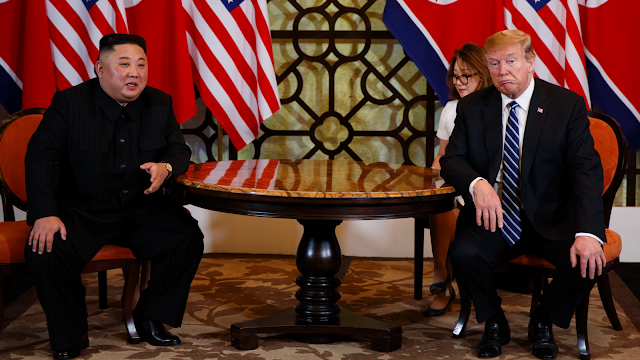 President Trump abruptly walked away from negotiations with North Korea in Vietnam and headed back to Washington on Thursday afternoon, saying the U.S. is unwilling to meet Kim Jong Un's demand of lifting all sanctions on the rogue regime without first securing its meaningful commitment to denuclearization.

Trump, speaking in Hanoi, Vietnam, told reporters he had asked Kim to do more regarding his intentions to denuclearize, and “he was unprepared to do that.”

“Sometimes you have to walk,” Trump said at a solo press conference following the summit.

Trump specifically said negotiations fell through after the North demanded a full removal of U.S.-led international sanctions in exchange for the shuttering of the North's Yongbyon nuclear facility. Trump and Secretary of State Mike Pompeo told reporters that the United States wasn't willing to make a deal without the North committing to giving up its secretive nuclear facilities outside Yongbyon, as well as its missile and warheads program.

“It was about the sanctions,” Trump said. “Basically, they wanted the sanctions lifted in their entirety, and we couldn’t do that. They were willing to denuke a large portion of the areas that we wanted, but we couldn’t give up all of the sanctions for that.”

"I'd much rather do it right than do it fast," Trump added, echoing his remarks from earlier in the day, when he insisted that "speed" was not important. "We're in position to do something very special."

Both leaders motorcades roared away from the downtown Hanoi summit site within minutes of each other after both a lunch and the signing ceremony were scuttled. Trump's closing news conference was moved up, and he departed for Washington on Air Force One several hours ahead of schedule.

"Sometimes you have to walk."
— President Trump on his dealings with North Korea

The president said he trusted Kim's promise that he would not resume nuclear and missile testing, but that the current U.S. sanctions would stay in place.

“No agreement was reached at this time, but their respective teams look forward to meeting in the future,” White House press secretary Sarah Sanders said in a statement prior to Trump's press conference.

Regardless, Sanders described the meetings between Trump and Kim as “very good and constructive.”

As for a potential third summit, Trump remained noncommittal.

Kim had signaled during an earlier, unprecedented question-and-answer session with reporters that he is "ready to denuclearize," reaffirming a commitment long sought by the Trump administration and the international community.

“If I’m not willing to do that, I won’t be here right now,” Kim said through an interpreter. 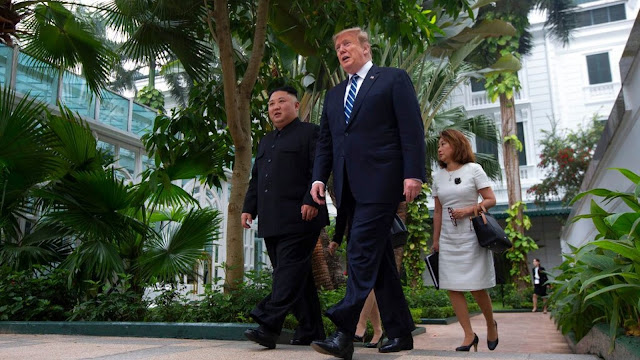 Trump and Kim signed a document during last year's summit in Singapore agreeing to work toward the "complete denuclearization of the Korean Peninsula," but tensions have since flared between the two nations, and North Korea later said it would not remove its nuclear weapons unless the U.S. first reduced its own nuclear threat.

Earlier, history appeared to have been made when Kim answered questions from a foreign journalist -- almost certainly for the first time ever. 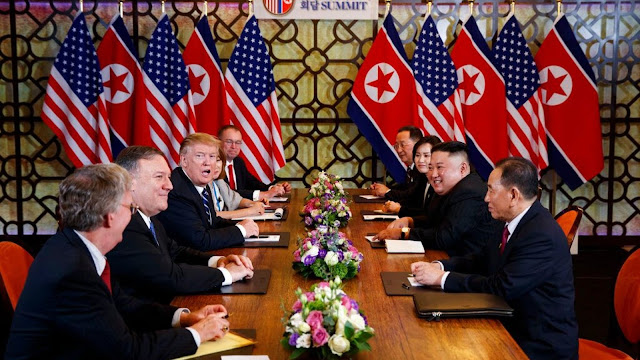 Asked by a member of the White House press pool about his outlook for Thursday's summit, Kim said: "It's too early to say. I won't make predictions. But I instinctively feel that a good outcome will be produced."

South Korea's Unification Ministry, which deals in affairs with North Korea, couldn't confirm whether it was the first time Kim answered a question from a foreign journalist.

Asked if he was willing to allow the U.S. to open an office in Pyongyang, Kim said through a translator, "I think that is something which is welcomable."

Reporters didn't get opportunities to ask questions of Kim during his three summits with South Korean President Moon Jae-in and his four meetings with Chinese President Xi Jinping. Kim ignored questions shouted at him during his first summit with Trump last June in Singapore.

Trump, speaking next to Kim at the Sofitel Legend Metropole Hanoi hotel, said that "a lot of great ideas" are "being thrown about." He asserted that "when you have a good relationship, a lot of good things happen."

Kim, meanwhile, said the "whole world" was watching the talks and suggested that, for some, the image of the two "sitting side by side" must resemble "a fantasy movie." 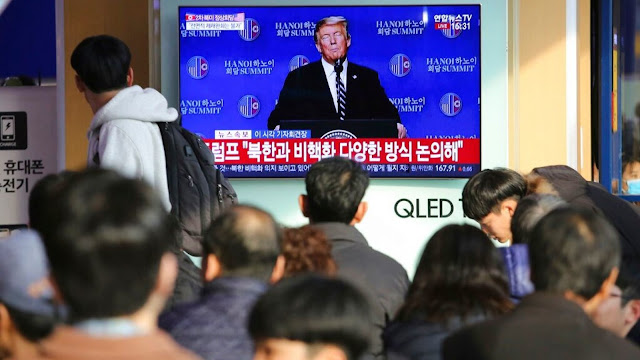 Trump added that while reaching a lasting agreement was critical, "speed is not important." The two leaders then retired to begin their negotiations privately, but were photographed shortly afterward walking on the Metropole hotel's pool patio, where they were joined by Secretary of State Mike Pompeo and North Korean official Kim Yong Chol.

The group then went into a glass-enclosed area and sat down around a table for more talks.

Last year, at the Singapore summit, Trump caught U.S. ally South Korea off guard by announcing the suspension of major U.S. military exercises with the South. Trump critics said he squandered critical U.S. leverage before the North had taken any concrete steps toward denuclearization.

As Thursday's talks were ongoing, Moon, the South Korean leader, said he plans to offer new proposals for inter-Korean engagement following the high-stakes nuclear summit. Moon's announcement is planned for a Friday ceremony marking the 100th anniversary of a 1919 uprising by Koreans against Japan's colonial rule and will likely include plans for economic cooperation between the rival Koreas. 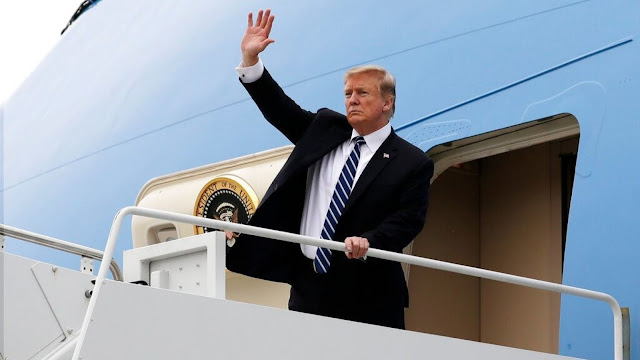 But after the summit, South Korea's presidential office said it was "unfortunate" that Trump and Kim had failed to produce an agreement. But South Korea said it expects "active dialogue" to continue between Washington and Pyongyang.

The Blue House said Thursday it believes Washington and Pyongyang deepened their understandings of each other during their "long and deep discussions" in Hanoi.

It said Trump raising the possibility of sanctions relief in exchange for nuclear disarmament steps from the North shows that the nuclear negotiations between the countries have entered an "elevated level."

The collapse of the Trump-Kim summit could prove to be a setback for Moon, whose ambitions for inter-Korean engagement hinge on a nuclear breakthrough between Washington and Pyongyang.

Air Force One is scheduled to refuel in Anchorage, Alaska, before returning to Joint Base Andrews outside Washington late Thursday.

https://www.foxnews.com/politics/trump-wasnt-prepared-to-lift-us-sanctions-on-north-korea-leading-to-abrupt-end-to-summit
Posted by Frances Rice at 10:14 AM