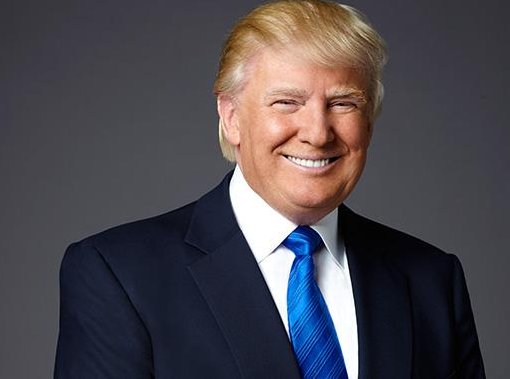 Is President Trump losing control of the foreign-policy agenda?

Last week the administration suffered a stinging political defeat as the Senate voted 68-23 to advance a bill that criticizes his plans to withdraw U.S. troops from Syria and Afghanistan.

This comes on the heels of Congress’s refusal to accede to Mr. Trump’s demands for further funds to fortify the U.S.-Mexico border and the Senate’s December vote to end U.S. military support for Saudi Arabia’s operations in Yemen.

Yet the White House shows no sign of backtracking.

Far from meeting his critics halfway, Mr. Trump and his foreign-policy team announced progress in Afghanistan negotiations that opponents call a surrender, doubled down on plans to withdraw troops from Syria, announced its impending withdrawal from an arms-control agreement many consider foundational to the post-Cold War security order in Europe, and attacked the judgment of his senior intelligence officials.

The administration also advanced an aggressive hemispheric strategy aimed not only at Venezuela, but also at Cuba and Nicaragua—the other two regimes in what national security adviser John Bolton calls the “troika of tyranny.”

There is no sign Mr. Trump can or will be persuaded to reconsider his approach.

Meanwhile, he wants to reduce American commitments in the Middle East and sees close links with Israel, Saudi Arabia, the United Arab Emirates and Egypt as the best way for the U.S. to retrench militarily while containing Iran.

He holds international institutions and the bureaucrats who run them in low regard.

He believes forums like the United Nations are stacked against the U.S. and American interests are better served by working directly with powerful leaders on a bilateral basis than by engaging in what he sees as the empty rituals of conventional multilateralism.

He thinks Europe is free-riding on American security commitments and exploiting the U.S. on trade, and that he can continue to reject the trans-Atlantic status quo until his complaints are addressed.

He sees the European Union as a weak actor on the international stage.

He believes foolish American trade negotiators allowed China to become a great power through its abuses of the World Trade Organization, and he thinks a tough stand on trade with Beijing is good politics and policy.

He believes the threat of tariffs gives him an important advantage and that U.S. trading partners need the U.S. more than it needs them.

He believes the U.S. faces a massive challenge from failing states and drug traffickers in the Western Hemisphere and wants to move hemispheric policy from an afterthought to center stage.

Diplomats impress him not at all; he sees the intelligence community as hostile; and after two years in the White House, he has lost much of his early respect for the Pentagon brass.
…

[W]hat seems clear is that the president remains largely in control.

Mr. Trump’s critics will be hard put to wrest control of American foreign policy back from his grasp. He is driving a consequential shift even in the face of congressional rebukes.

This partly reflects constitutional realities. Presidents have wide latitude in conducting foreign policy. There is also the pressure of events; Congress is slow and the world moves quickly.

But Mr. Trump has another advantage: His congressional critics, while numerous, are deeply divided. Most of the Republicans who voted against Mr. Trump’s Afghanistan and Syria policies last week are hawks who want the U.S. to pursue a more active role in the Middle East and Europe.

Significantly, none of the Democratic senators seeking the 2020 presidential nomination wanted to go on the record opposing an early withdrawal. The policy of endless war in Afghanistan and extended U.S. engagement in Syria does not appeal to people running for national office.

That points to a deeper truth.

Mr. Trump has plenty of problems with the polls, but in neither party does the electoral base show much nostalgia for the mainstream foreign policies of the post-Cold War era.

On the Democratic side, there is little appetite for the robust engagement of the Madeleine Albright years.

Among Republicans, neither neoconservative democracy hawks nor hard-line free traders seem able to mount much of a challenge to the president.

Whatever comes after Mr. Trump, it won’t be a simple return to the Republican or Democratic version of the post-Cold War consensus.