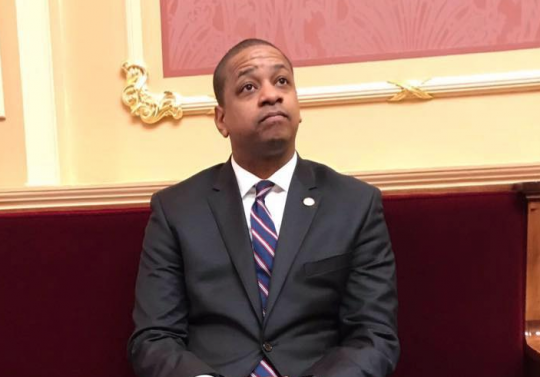 The Washington Post reported for the first time the details of the sexual assault allegation against Virginia Lt. Gov. Justin Fairfax, disputing some of the claims in the Democrat's denial.

Fairfax's office issued a forceful denial early Monday morning after a California woman posted on Facebook that she had been sexually assaulted at the 2004 Democratic National Convention by a man who fit his description.

"The person reported to be making this false allegation first approached the Washington Post—one of the nations most prominent newspapers—more than a year ago, around the time of the Lieutenant Governor’s historic inauguration," his office said in a statement.

"The Post carefully investigated the claim for several months. After being presented with facts consistent with the Lieutenant Governor's denial of the allegation, the absence of any evidence corroborating the allegation, and significant red flags and inconsistencies within the allegation, the Post made the considered decision not to publish the story," the statement said.

The Post confirmed some details of that denial, reporting that the woman approached the paper in November 2017 and that ultimately they could find no corroboration of her claim that Fairfax forced her to perform oral sex on him.

But the Post also could not corroborate Fairfax's version of events or discredit the allegation as he claimed. "The Post did not find ‘significant red flags and inconsistencies within the allegations,' as the Fairfax statement incorrectly said," the paper noted.

Fairfax is next in line to be governor should beleaguered Virginia Gov. Ralph Northam (D.) choose to resign. Multiple high profile Democrats have demanded Northam's resignation after it emerged his medical school yearbook contained a picture of two men wearing blackface and a Ku Klux Klan outfit.

After initially apologizing and admitting he was one of men, Northam now denies he was in the photo.

Alex is a staff writer at the Washington Free Beacon. He graduated from the University of Notre Dame in 2012. Before joining the Free Beacon, he was a writer for Mediaite and The Daily Caller. He is originally from Buffalo, New York, but regrettably now lives in Washington, D.C.