BY SCOTT DOUGLAS GERBER | THE HILL 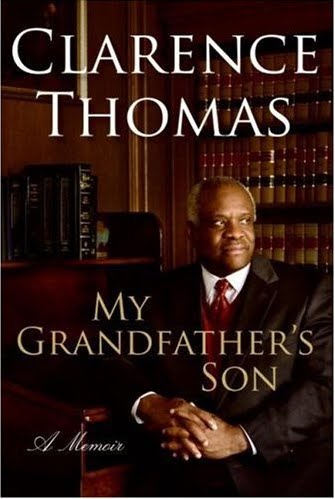 February is Black History Month, a time for paying tribute to generations of African Americans who have overcome obstacles to achieve full citizenship in our society. Although some people might not want to acknowledge it, Clarence Thomas is currently the highest ranking African American government official in the United States.

Thomas is the senior associate justice on the Supreme Court, having served since 1991. His legacy is inevitably tied to allegation during his confirmation hearing that he had sexually harassed Anita Hill during their tenure together at the Education Department and the Equal Employment Opportunity Commission. It is an allegation that Thomas categorically denied and famously described as part of a “high tech lynching for uppity blacks who in any way deign to think for themselves.”

Thomas has been vilified by many in the intelligentsia for the entirety of his nearly 30 years on the Supreme Court. Time Magazine once appallingly referred to him as “Uncle Tom Justice,” and the late political columnist Nat Hentoff opined during the early years of his service that Thomas had “done more damage, more quickly, than any Supreme Court justice in history.”

But three decades is a long time, and it would be a mistake to underestimate Justice Thomas’s impact on American law. His most lasting influence is almost certainly going to be on civil rights law, a fact that is particularly important to note during Black History Month.

In Missouri versus Jenkins, for example, Thomas became the first justice to directly criticize Brown versus Board of Education. Although he called state mandated segregation “despicable,” Thomas said that the Supreme Court was wrong to rely on disputable social evidence to declare segregation unconstitutional rather than invoking the “constitutional principle” that the government “must treat citizens as individuals, and not as members of racial, ethnic, or religious groups.”

His conception of civil rights as an individual, not a group, right also explains his approach to voting rights. In Holder versus Hall, he wrote that racial groups should not “be conceived of largely as political interest groups,” that African Americans do not all think alike, and that existing case law should be overturned to eliminate claims for “proportional allocation of political power according to race.”

He has echoed these views in several subsequent cases, including Northwest Austin Municipal Utility District Number One versus Holder and Shelby County versus Holder.

Of course, Thomas is best known for insisting that racial preferences are bad policy and bad law.

Indeed, it was during his tenure as chairman of the Equal Employment Opportunity Commission in the 1980s that it shifted from a group based approach to civil rights enforcement to an individual based approach. Furthermore, it was his rejection of group based relief in civil rights cases, particularly affirmative action, that led liberal civil rights groups to oppose his elevation from the United States Court of Appeals for the District of Columbia to the Supreme Court.

Thomas has strived for decades to convince a majority on the Supreme Court that racial preferences are unconstitutional.

Four of his most significant opinions are those in Adarand Constructors versus Pena, Grutter versus Bollinger, Parents Involved in Community Schools versus Seattle School District Number One, and Fisher versus University of Texas. In these opinion, Thomas argued at length that our commitment to the ideal of inherent equality memorialized in the majestic words of the Declaration of Independence that “all men are created equal” means that every person should be judged as an individual rather than as a member of a racial or ethnic group.

The #MeToo movement wants Thomas impeached and removed from the Supreme Court for the allegations of what he did to Hill more than 30 years ago. Sonia Sotomayor, his liberal colleague on the Supreme Court, paints a much different picture of the highest ranking African American government official in the nation. “He knows the name of every single employee in the building,” Sotomayor told students at Vanderbilt University. “I can stand here and say I just love the man as a person. He has the same value toward human beings as I have despite our differences.”

Black History Month reminds us that every African American has a compelling life story to tell. Clarence Thomas, who rose from a dirt poor town in Georgia during his youth to the marble temple of the highest court in the land, certainly does.

Scott Douglas Gerber is a visiting professor at the Political Theory Project at Brown University and a law professor at Ohio Northern University. His books include “First Principles: The Jurisprudence of Clarence Thomas.”