It's the economy, stupid; or is it entitlements? 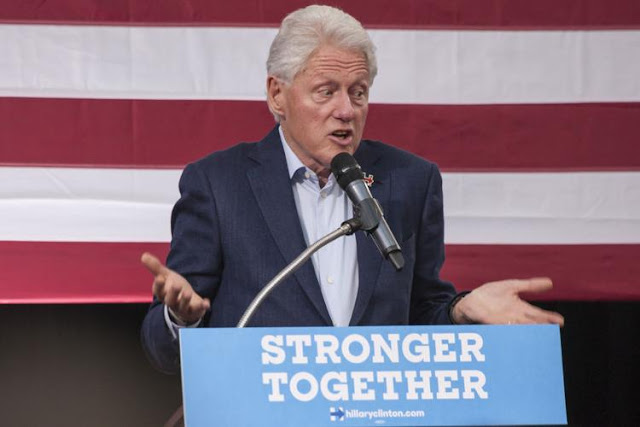 George HW Bush once said, “There is no higher honor than to serve free men and women beneath the American flag.” In 1991 following Operation Desert Storm, U.S. and world opinion of President Bush was the highest of any president in history. His approval rating of 89 percent is the greatest ever recorded by Gallup.

Yet that wasn’t enough to get him re-elected.

Team Clinton knew that to defeat the popular Bush, they must turn victory into failure. And they did that with one Alinsky-ism: “If you push a negative hard enough, it will push through and become a positive.”

They engaged in a deceptive political war to turn America’s attention to the slow economy rather than Bush’s victory in Kuwait.

They sagaciously made a war hero a villain with just four simple words: “It’s the economy stupid.”

At the time of the election, our economy was in a mild recession.

Yet Clinton, who could make you believe anything was true that wasn’t true, transformed an economic downturn into a calamity.

In a televised debate, Clinton, staring reverently into the camera, said: "How has the recession affected you personally?" He then answered: "I feel your pain."

He took control of the message, convincing people they had problems by turning a non-problem into a problem.

He used the same strategy as FDR when he almost parlayed the Great Depression into a dictatorship. Both of them knew there’s no issue more important to the average voter than the economy. If it is not an issue, if you want to win, make it an issue.

“No politician can sit on a hot issue if you make it hot enough.”
– Saul Alinsky

Barack Obama cake-walked to D.C. on the back of an over publicized recession. Media portrayed him as the new age FDR. He didn’t let them down.

He turned an economic downturn into a career.

Like Clinton, he charmed the underclass by fabricating problems he’d claim to solve and didn’t. He rode his stallion through the country like Robin Hood at Nottingham, reciting the progressive gospel; he’d transform America into nirvana.

But unlike Clinton, who relied on Gingrich, Obama relied on his ego. He convinced his motley sycophants a bad economy was OK since government would take care of them and was re-elected.

"People must understand, I have the best deal.”
– Barack Obama

Hillary Clinton doubled down on Obama during her White House bid, which was a misread on America.

Voters woke up and saw the arithmetic on the wall and elected Trump, a capitalist.

While progressives labeled Trump’s win a bearish event, that changed a few months after he was elected as the economy mushroomed.

Their love affair with Trump made the economy the best in decades.

Employment is up, the market is on fire, and 76 percent of all voters believe they are better off today than any time in years.

Then why did they kick out half the Congress last election?

"Pick the target, freeze it, personalize it, and polarize it."
– Saul Alinsky

Just before the midterms, President Donald Trump received a Commerce Department report that the gross domestic grew at an unprecedented 5 percent the final quarter of last year. Consumers spent more due to lower fuel prices and improved wages.

President Trump evidenced this as proof that his policies on trade, taxes and economics were working.

This robust growth was good news for Republicans, who were counting on the economy to help them in the midterm elections.

Yet times changed with the rise of the left’s entitlement society.

This gaggle no longer cares about the economy; only what government will give them.

So the left changed their message from economics to entitlements and retook the House.

Ronald Reagan said, liberals think that “facts are stupid things.” They cannot win on facts so they must control the message to burry the truth from voters to win.

They redirect attention from a stellar accomplishment with invented social catastrophes to win elections.

By continuing to replenish their army with young recruits, they’re able to negate the success of capitalist leaders promising to level the social and economic playing fields for their proletariats.

With social media and a leftist press in their camp, they can recant their well-rehearsed pollution and destroy the truth faster than Clinton can lose his shorts.

"The price of a successful attack is a constructive alternative."
– Saul Alinsky

Donald Trump delivered his State of the Union address to an eager America.

When he took the stage, he was electric. He recited his accomplishments which few Americans were aware of due to negative leftist media coverage. He passionately extended an olive branch to the warring progressives.

They were not impressed and ramped up their impish sulking.

Trump called for their “cooperation and compromise for America’s good," and asked them to stop "the politics of revenge" for the good of our nation.

The more he pleaded for their help and support the more they taunted and jeered his overtures.

"Tonight, I ask you to choose greatness over gridlock.”
– President Trump

As Trump extolled the virtues of the best economy in decades, the left was egg-faced.

When he reiterated his economic accomplishments of 5.3 million new jobs, 600,000 in manufacturing; the lowest unemployment in history for minority groups; wages rising the fastest for blue-collar workers in history; business confidence at record highs; $8 trillion in stock market gains; massive American retirement gains, and much more, only a few reluctant leftists applauded?

His benchmark success, tax cuts for everyone, got only partisan applause. Corporate America isn't popular with the left and this kind of success destroys their message of gloom for America under Trump.

He rubbed salt in their wounds as he reminded them:

“We will never become a socialist country.”
– Donald Trump

The left has convinced their base government is the answer not individual effort. They drove this message home with five scripted degenerative responses to Trump’s State of the Union.

But Politico has revealed these were negative contextual half-truths or total non-truths.

“Policy, for the most part, has been made for white people in America, not for people of color.”
– Maxine Waters

Donald Trump ended with another plea to the left: “This is our future, our fate, and our choice. We must go forward together”. But this fell on deaf ears.

The left has redefined the American Dream for their power over principal.

Their base no longer has the moral values of our first settlers, who came here seeking economic opportunity. They wanted a new life in a nation that would reward them for investing in this country, not expecting someone to give them an EBT card, a cell phone or a free lunch. They came to America for liberty, freedom and a chance to be anything they desired to be.

There was a time when we were a nation of people that cherished freedom, hard work, decency, and responsibility under the flag of patriotism.

But due to progressivism, destructive values have seeped into our culture like toxic waste. Liberals politicize everything from sports to our bathrooms.

Everyone is a victim to benefit them. They have divided America to conquer it.

Until we are willing to draw a line in the sand and stand our ground, they will continue to bully us into submission. Who is going to stand up and tell the progressives, “It is the economy stupid!”

"I will fight for you with every breath in my body; and I will never, ever let you down.”
– President Trump