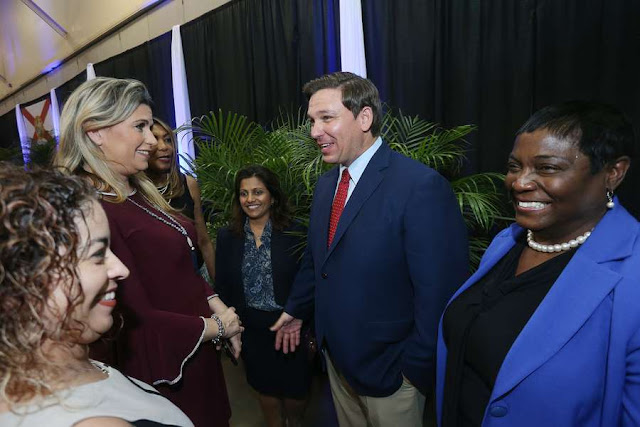 One issue that helped Florida Governor Ron DeSantis beat progressive Democrat Andrew Gillum in November’s gubernatorial nail-biter was his support for the state’s private school voucher program. To understand why that mattered, consider a report this week on the link between K-12 school choice and college success.

Nearly 100,000 low-income students can attend private school in Florida under its Tax Credit Scholarship (FTC) program, and 68% of the students are black or Hispanic.

When the Urban Institute examined limited data in 2017, it found that school-voucher alumni weren’t much more likely to earn bachelor’s degrees at Florida’s state universities than were their public-school peers. Some critics seized on this as evidence of school-choice failure.

Now comes new evidence from the Urban Institute, which this time examined a larger data set of some 89,000 students.

The researchers compared those who used school vouchers to public-school students with comparable math and reading scores, ethnicity, gender and disability status. The new research also included students who attended private and out-of-state colleges and universities in addition to Florida schools.

High school voucher students attend either two-year or four-year institutions at a rate of 64%, according to the report, compared to 54% for non-voucher students.

For four-year colleges only, some 27% of voucher students attend compared to 19% for public-school peers.

What of graduation rates?

But the researchers note that “the estimated impact on degree attainment tends to increase with the number of years of FTC participation,” indicating the program is important to student success.

High schoolers who stayed in the voucher program for at least three years “were about 5 percentage points more likely to earn a bachelor’s degree, a 50 percent increase.”

William Mattox, a director at Tallahassee’s James Madison Institute, has noted in these pages that among the 650,000 black women who voted in Florida in November 18% chose Mr. DeSantis compared to the GOP’s national average of 7%.

School choice no doubt wasn’t the only reason, but offering poor and middle-class parents vouchers to improve the educational prospects of their children couldn’t have hurt.