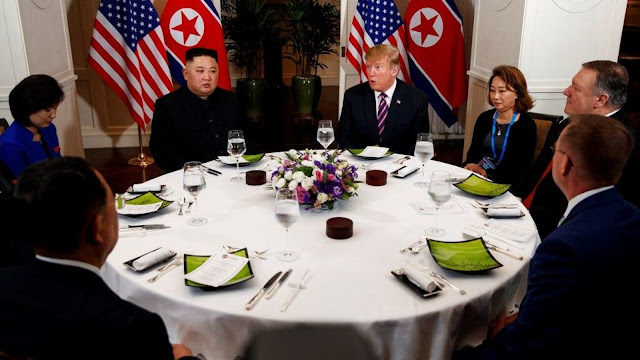 President Trump praised his "special relationship" with North Korean leader Kim Jong Un and said "a lot of things will be solved" during the two leaders' second summit in Vietnam as they prepare for a full day of formal talks.

Trump and Kim kicked off their second summit on Wednesday by exchanging handshakes and laughs at the Sofitel Legend Metropole Hanoi. They briefly spoke to reporters, where Trump said the biggest progress since the historic Singapore summit was the two countries' relationship.

FOR COMPLETE COVERAGE ON THE US-NORTH KOREA SUMMIT, CLICK HERE

“It’s an honor to be with Chairman Kim," Trump said after exchanging handshakes with Kim. "I thought the first summit was a great success and I think this one, hopefully, will be equal or greater than the first."

SEAN HANNITY: THE LEFT IS ROOTING FOR TRUMP TO FAIL WITH NORTH KOREA. THEIR HATRED OF THE PRESIDENT IS PSYCHOTIC 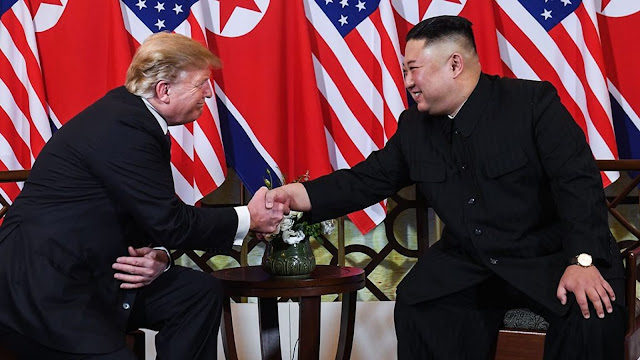 Trump and Kim exchanged handshakes and laughs at the Sofitel Legend Metropole Hanoi on Wednesday and briefly spoke to reporters before their scheduled 20-minute meeting.  (AFP/Getty)

When asked if he would formally declare an end to the Korean War, Trump simply said, "We will see."

"Those 261 days [since we met in Singapore] were the days during which a lot of painstaking efforts were necessary and a lot of patience was needed. As I see you here today…that gives us a hope that we will be successful this time…" Kim said, according to his personal translator, to which Trump replied, "That’s nice, that’s really nice, thank you." 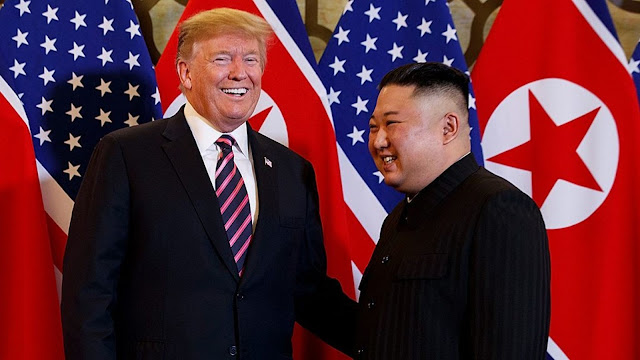 Trump and Kim met briefly before attending a "social dinner" where Trump teased a "very busy day" Thursday that hopefully "a lot things are going to be resolved."

Trump and Kim arrived in Hanoi Tuesday just hours apart for their second summit — eight months after the leaders made history for their first meeting in Singapore. Prior to Wednesday evening's meeting, the president said he "will try very hard to work something out on Denuclearization." He also mentioned making North Korea an "Economic Powerhouse," but did not elaborate on what the U.S. plans to do to help the country.

The second summit comes amid a stalemate on denuclearization talks between North Korea and the U.S. Trump has signaled some flexibility on his previous demands that North Korea denuclearize before it sees some relief from crushing U.S. and international sanctions.

North Korea, however, has ramped up its rhetoric in recent months and said it will never give up its nuclear weapons unless the U.S. removed its nuclear threat first and lift sanctions cripplings its economy. 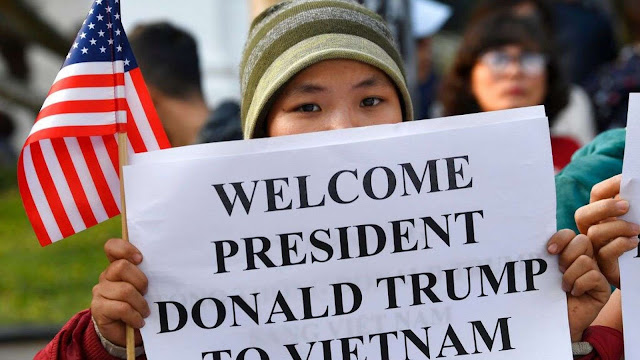 There’s also growing speculation that Trump may offer an announcement of peace and a formal end to the Korean War if he can convince Kim to commit to denuclearization. The Korean War ended in 1953 with an armistice, essentially a cease-fire signed by North Korea, China and the 17-nation, U.S.-led United Nations Command that was supposed to be replaced by a formal peace treaty. But both sides instead settled ever deeper into Cold War hostilities marked by occasional outbreaks of violence. 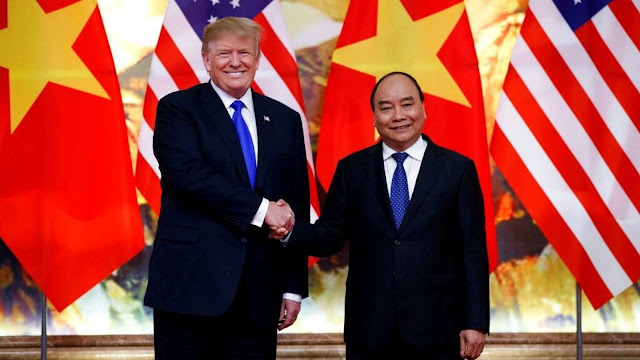 Trump has already met with Vietnamese President Nguyen Phu Trong for the signing of several commercial trade deals affecting the airline industries of their two countries.

Anticipation for what will be accomplished at the summit ran high in Hanoi. But the carnival-like atmosphere in the Vietnamese capital, with street artists painting likenesses of the leaders and vendors hawking T-shirts showing Kim waving and Trump giving a thumbs-up, contrasted with the serious items on their agenda.

Katherine Lam is a breaking and trending news digital producer for Fox News. Follow her on Twitter at @bykatherinelam
Posted by Frances Rice at 10:37 AM