COMMENTARY: The State of the Black Union 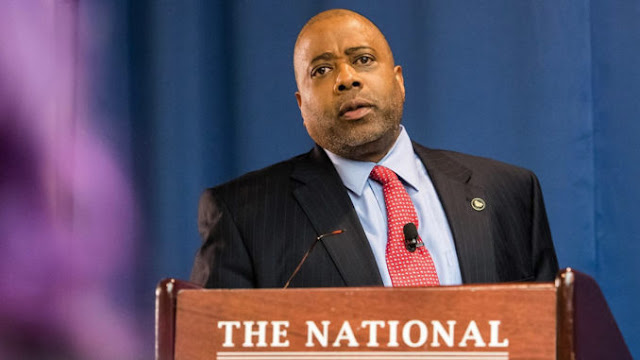 Raynard Jackson is founder and chairman of Black Americans for a Better Future (BAFBF), a federally registered 527 super PAC established to get more Blacks involved in the Republican Party.

During the month of February in America we celebrate Black History Month. As we celebrate the achievements of Blacks in the making of this great country, I can’t help but think about the state of the Black community in 2019.

The state of our Black union is depressing!

We have more Blacks in elected political offices than ever before, yet our economic indices in cities run by Blacks are horrible, i.e.: Washington, DC, Baltimore, and Atlanta to name a few.

Hardly a week passes by without a Black person having some deadly encounter with law enforcement.

How did we, in the Black community, get to where it seems to be open season on our people by law enforcement? Yes, racism still exists, but racism is not the cause of the condition of our community.

According to the Centers for Disease control and Prevention, over 70% of Black babies are born to unwed mothers. It is estimated that since the Roe v. Wade Supreme Court decision legalizing abortion in 1973, that over 16 million Black babies have been murdered — 55 million babies in total.

In New York City every year, more Black babies are aborted than are born. Yes, you heard right. According to their Health Department, between 2012 and 2016, 136,426 Black babies were aborted versus 118,127 babies born. Blacks are the only group in America that have more babies aborted than born!

If Black lives matter, does that include their babies?

The solution to this culture of death in the Black community specifically, and America in general, is very simple. We need to reconstitute the family unit; meaning mother, father and children. These perverted variations of the traditional family unit will not restore our traditional values back to our community or our society.

Study after study has shown that if you graduate high school, get married, and then have children, you are almost guaranteed not to live in poverty.

The traditional family unit is the solution to all the ills facing the Black community and America.

But yet, the media appointed Black leaders and their radical liberal groups spend all of their time promoting homosexuality, amnesty for illegals, and Planned Parenthood.

When have you ever heard the Congressional Black Caucus, the NAACP, or the National Urban League talking about the traditional family unit is key to righting the ship in the Black community?

When Bill Cosby gave his famous “Pound Cake” speech, he was eviscerated by the Black liberal elites.

How did the Black community allow the homosexuals to hijack our fight for Civil Rights? Their issue has absolutely nothing to do with Civil Rights.

How did we allow George Soros, Bill Gates, the U.S. Chamber of Commerce and Mark Zuckerberg to get media-appointed Blacks to put illegals ahead of their own community? Can you imagine willingly training someone who is going to take your job and agreeing with them that they have a right to take your job.

According to Planned Parenthood’s 2017 annual report, they had total revenue of $1.3 billion, $555 million from the federal government. They made a profit of $77 million. Yes, they get paid to kill.

They also have spent over $38 million in political campaigns between 2012-2016. Yes, they buy Black, Democrat politicians!

To paraphrase Jay-Z, “Blacks folks got 99 problems, but homosexuality, amnesty, and Planned Parenthood should not be one.”

We survived slavery, overcame segregation, and fought discrimination and are still standing.

But, in order to restore the Black community, we must turn away from the media-appointed Black leaders. They have sold us out at every chance.

Just imagine if we put the same amount of energy fighting for our own people and causes like we do for other groups.

Just imagine if we took the energy we put into hating President Donald Trump and Republicans [put it] into getting young girls to stop having babies before marriage; getting Black entertainers and athletes to hire Black C.P.A.s, publicists, lawyers, managers, etc.; getting Black churches to stop caving in to the radical homosexual agenda; and creating more Black entrepreneurs.

We don’t need a law to make any of the above reality; but what we do need is leaders who cannot be bought off by those who have no concern for the Black community.

The state of our union can be brighter, but you can’t have union without “u” “n” “i.”

Raynard Jackson is founder and chairman of Black Americans for a Better Future (BAFBF), a federally registered 527 super PAC established to get more Blacks involved in the Republican Party. BAFBF focuses on the Black entrepreneur. For more information about BAFBF, visit www.bafbf.org. You can follow Raynard on Twitter @Raynard1223.

https://www.blackpressusa.com/commentary-the-state-of-the-black-union/
Posted by Frances Rice at 10:49 AM