The Bonfire of the Democrats 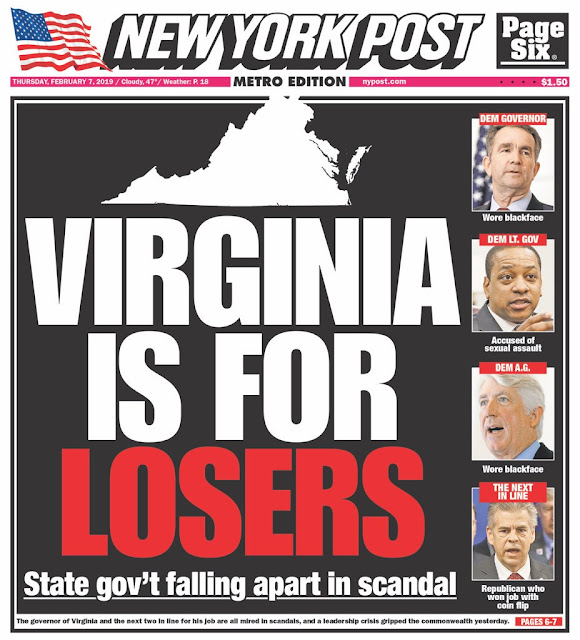 All statewide officials in the Commonwealth of Virginia should resign if Democrats are held to their own standards. 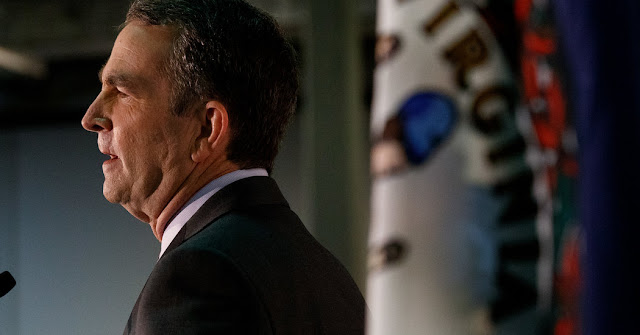 Even if Gov. Ralph Northam didn’t appear in blackface in an image on his medical-school yearbook, he confessed to once darkening his face as part of a Michael Jackson costume. 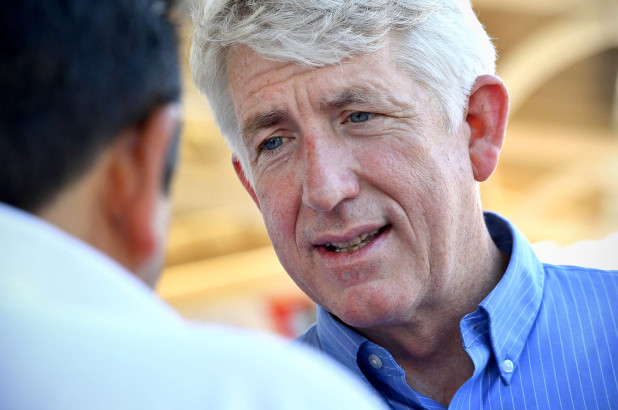 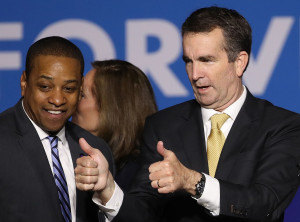 Meanwhile, Lt. Gov. Justin Fairfax has been accused of sexual assault and been harshly dismissive of the accuser (he reportedly said of her in a private meeting, “f--- that b----”). 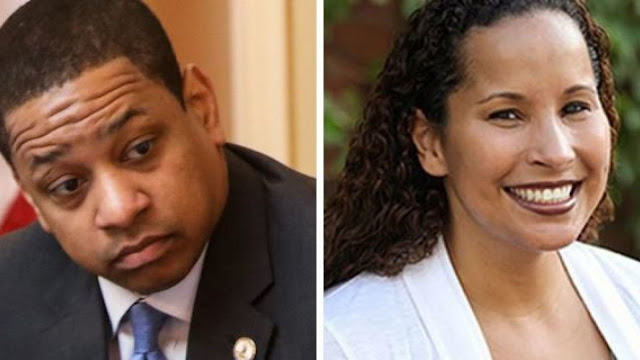 If ever wearing blackface, even in the 1980s as both Northam and Herring did, is a career-ender, and if we are supposed to “believe all women,” then all three of these Democrats have to go.

Only Northam has been thrown overboard by the party, with Fairfax and Herring getting passes so far because Democrats don’t want to nuke the entirety of a state executive branch they control.

Regardless, Virginia is an indication of an inflamed and unforgiving Democratic mood that will define the party’s battle for the 2020 presidential nomination.

Democrats are about to embark on the first woke primary, a gantlet of political correctness that will routinely wring abject apologies out of candidates and find fault in even the most sure-footed. The passage of time will be no defense. Nor the best of intentions. Nor anything else.

Any lapses will be interpreted through the most hostile lens, made all the more brutal by the competition of a large field of candidates vying for the approval of a radicalized base. The Democrat nomination battle might as well be fought on the campus of Oberlin College and officiated by the director of the Office of Equity, Diversity and Inclusion.

Being a progressive hero of long-standing doesn’t afford any protection. Consider Sen. Elizabeth Warren. She certainly deserves all the grief she gets for her laughable identification of herself over the years as an American Indian. But for the identity-politics Left, her fault runs deeper: In trying to rebut the allegedly racist mockery of her as “Pocahontas,” she herself committed a racial offense.

After taking a DNA test to prove her (distant) Native American ancestry, she stood accused in the words of a member of a tribe in South Dakota of “privileging nonindingenous definitions of being indigenous.” According The New York Times, she had also tread “too far into the fraught area of racial science—a field that has, at times, been used to justify the subjugation of racial minorities and Native Americans.” Not to mention how she had given “validity to the idea that race is determined by blood—a bedrock principle for white supremacists and others who believe in racial hierarchies.”

Yes, Warren stood exposed as implicitly in league with the oppressors of Native Americans—and here she had just wanted Donald Trump to stop referring to her by a derisive nickname. Cherokee Nation activist Rebecca Nagle told CNN last week that Warren needed to apologize “to the tribes that she has harmed and to Native people broadly.”

Sure enough, she apologized, and presumably will keep on doing it as long as she’s running.

It is a season of apologies. When recently announced candidate Kirsten Gillibrand went on “The Rachel Maddow Show,” the MSNBC host hit her for having in the past used the term “illegal alien,” although it was standard and technically correct usage. Gillibrand allowed that she was embarrassed by her past positions on immigration. She, of course, was last seen being an enforcer herself, and pushing Al Franken out of the Senate over groping allegations.

Another presidential candidate, Rep. Tulsi Gabbard, recorded a four-minute apology video over her former opposition to gay marriage: “In my past, I said and believed things that were wrong, and worse, they were hurtful to people in the LGBTQ community and to their loved ones.”

In this environment, being a white male, particularly a white male not obsessed with gender and race, is a risk factor. This is a major vulnerability of Sen. Bernie Sanders, whose outright socialism is no defense.

Segments of the Left jumped on him this week for doing the same State of the Union response that he’s done for the past couple of years. This time was different because he’d be following the African-American activist Stacey Abrams, and somehow or other supposedly upstaging her. Activist Marc Lamont Hill called Sanders’ choice “racially tone deaf.” Never mind that Sanders had praised the choice of Abrams for the formal rebuttal.

In every presidential campaign, candidates have to explain and backfill to get with the party’s latest program. What will make this process so much more intense for Democrats is the belief that even past mistakes involving the choice of words or symbolism are affirmatively injurious of other people. And the belief that such mistakes represent deep sins to be repented.

Joe Biden was speaking sardonically when he said a couple of weeks ago regarding the criticism of his praise for a Republican, “Bless me, Father, for I have sinned.” If he runs, Biden will find himself repeating essentially the same sentiment over and over again, given his lengthy record prior to the sharp turn of the Democratic Party toward identity politics.

Even Sen. Kamala Harris, who calls racism, sexism, and trans-phobia matters of “national security,” isn’t safe. She was once a prosecutor, after all. Reviewing her record, a New York Times op-ed writer said “she needs to radically break with her past.”

Who doesn’t? No one will be woke enough to emerge from this process unscathed.

Rich Lowry is editor of National Review and a contributing editor with Politico Magazine.