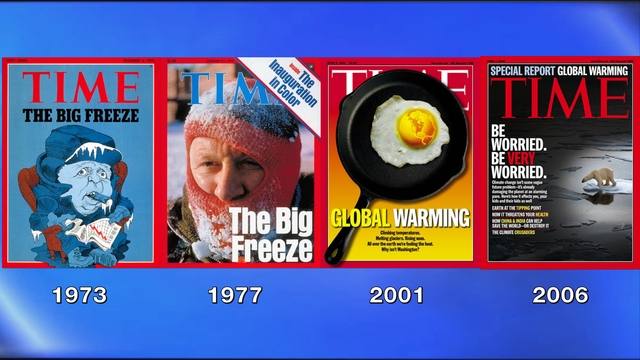 Those promoting CO2 as the reason for global warming are hucksters and those taken in by hucksters. 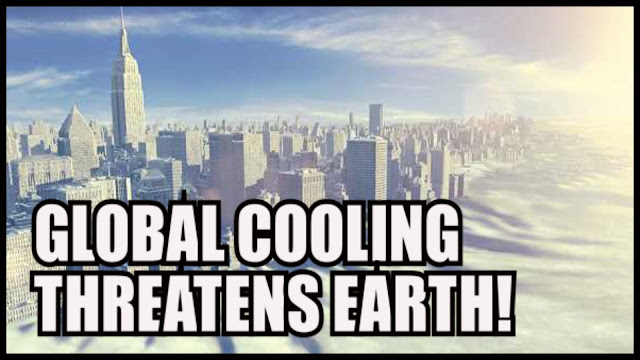 “We see a cooling trend,” said Martin Mlynczak of NASA’s Langley Research Center. “High above Earth’s surface, near the edge of space, our atmosphere is losing heat energy. If current trends continue, it could soon set a Space Age record for cold.”

The new data is coming from NASA’s Sounding of the Atmosphere using Broadband Emission Radiometry or SABER instrument, which is onboard the space agency’s Thermosphere Ionosphere Mesosphere Energetics and Dynamics (TIMED) satellite.

SABER monitors infrared radiation from carbon dioxide (CO2) and nitric oxide (NO), two substances that play a vital role in the energy output of our thermosphere, the very top level of our atmosphere.

“The thermosphere always cools off during Solar Minimum. It’s one of the most important ways the solar cycle affects our planet,” said Mlynczak, who is the associate principal investigator for SABER.

The new NASA findings are in line with studies released by UC-San Diego and Northumbria University in Great Britain last year, both of which predict a Grand Solar Minimum in coming decades due to low sunspot activity.

Both studies predicted sun activity similar to the Maunder Minimum of the mid-17th to early 18th centuries, which coincided to a time known as the Little Ice Age, during which temperatures were much lower than those of today.

If all of this seems as if NASA is contradicting itself, you’re right — sort of.

After all, NASA also reported last week that Arctic sea ice was at its sixth lowest level since measuring began.

All any of this “proves” is that we have, at best, a cursory understanding of Earth’s incredibly complex climate system.

So when mainstream media and carbon-credit salesman Al Gore breathlessly warn you that we must do something about climate change, it’s all right to step back, take a deep breath, and realize that we don’t have the knowledge, skill or resources to have much effect on the Earth’s climate.

Alarmists take one variable, CO2 that is only a tiny part of extremely long cycles and make projections far into to the future based off it.

When I was in grade school, the alarmists were worried about global cooling. 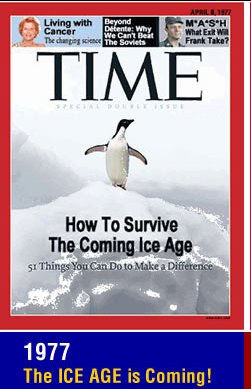 Amusingly, I recall discussing in science class the need to put soot on the arctic ice to melt it to stop the advance of glaciers. 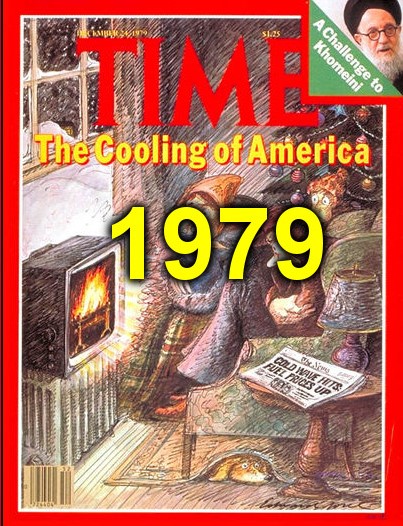 The latest Intergovernmental Panel on Climate Change (IPCC) Report said we have only 12 years left to save the planet. It triggered the usual frantic and ridiculous reactions.

NBC News offered this gem: “A last-ditch global warming fix? A man-made ‘volcanic’ eruption” to cool the planet.” Its article proclaimed, “Scientists and some environmentalists believe nations might have to mimic volcanic gases as a last-ditch effort to protect Earth from extreme warming.”

Watts Up With That discusses Geo-Engineering: Ignoring the Consequences.
From 1940 to almost 1980, the average global temperature went down. Political concerns and the alleged scientific consensus focused on global cooling. Alarmists said it could be the end of agriculture and civilization.

Journalist Lowell Ponte wrote in his 1976 book, The Cooling.

The problem then was – and still is now – that people are educated in the false philosophy of uniformitarianism: the misguided belief that conditions always were and always will be as they are now, and any natural changes will occur over long periods of time.

Consequently, most people did not understand that the cooling was part of the natural cycle of climate variability, or that changes are often huge and sudden. Just 18,000 years ago we were at the peak of an Ice Age.

* building a dam across the Bering Straits to block cold Arctic water, to warm the North Pacific and the middle latitudes of the Northern Hemisphere;

* adding carbon dioxide (CO2) to the atmosphere to raise global temperatures.
“Taking carbon dioxide out of the atmosphere,” as advocated by the IPCC in its October 8 news conference, is also foolish. Historic records show that, at about 410 parts per million (ppm), the level of CO2 supposedly in the atmosphere now, we are near the lowest in the last 280 million years. As plants evolved over that time, the average level was 1200 ppm. That is why commercial greenhouses boost CO2 to that level to increase plant growth and yields by a factor of four.

The IPCC has been wrong in every prediction it’s made since 1990. It would be a grave error to use its latest forecasts as the excuse to engage in geo-engineering experiments with the only planet we have.

To understand the great confusion about global warming or climate change, my most lucid guide has been Dr. Richard Lindzen — a former Alfred P. Sloan professor of meteorology at MIT and member of the US National Academy of Sciences — and his now famous lecture for the Global Warming Policy Foundation last October 8.

In just a number of segments of his lecture, Dr. Lindzen crystallized for me why the church of global warming errs so badly in its dogma.

Global warming promoters fostered the popular public perception of the science of climate change as quite simple.

It is that here’s one phenomenon to be explained (“global average temperature,” or GAT, which, says Lindzen, is a thoroughly unscientific concept). And there’s one explanation for it: the amount of CO2 in the atmosphere.

CO2’s role in controlling GAT is at most perhaps 2 percent, yet climate alarmists think of it as the “control knob.”

Consequently, as Lindzen says, the currently popular narrative concerning this system is this: The climate, a complex multifactor system, can be summarized in just one variable, the globally averaged temperature change, and is primarily controlled by the 1 to 2 percent perturbation in the energy budget due to a single variable — carbon dioxide — among many variables of comparable importance.

Would it surprise you to learn the greatest global two-year cooling event of the last century just occurred?

From February 2016 to February 2018 (the latest month available) global average temperatures dropped 0.56°C. You have to go back to 1982-84 for the next biggest two-year drop, 0.47°C—also during the global warming era.

All the data in this essay come from GISTEMP Team, 2018: GISS Surface Temperature Analysis (GISTEMP).

NASA Goddard Institute for Space Studies (dataset accessed 2018-04-11 at https://data.giss.nasa.gov/gistemp/). This is the standard source used in most journalistic reporting of global average temperatures.

A similar event from February to June 2018 would bring global average temperatures below the 1980s average. February 2018 was colder than February 1998.

If someone is tempted to argue that the reason for recent record cooling periods is that global temperatures are getting more volatile, it's not true.

The volatility of monthly global average temperatures since 2000 is only two-thirds what it was from 1880 to 1999.

None of this argues against global warming.

The 1950s was the last decade cooler than the previous decade, the next five decades were all warmer on average than the decade before.

Two year cooling cycles, even if they set records, are statistical noise compared to the long-term trend.

My point is that statistical cooling outliers garner no media attention.

The global average temperature numbers come out monthly. If they show a new hottest year on record, that's a big story.

If they represent a sequence of warming months or years, that's a story.

When they show cooling of any sort—and there have been more cooling months than warming months since anthropogenic warming began—there's no story.

Of course you did not know that unless you follow NASA, Real Clear Markets, or Watts Up With That.

Meanwhile, everyone is constantly bombarded with total garbage like Al Gore's claim Migrant Caravans are Victims of Global Warming.

And of course, the media is fawning all over AOC's "New Green Deal" hype as she too is a believer the World Will End in 12 Years if we don't address climate change.

The Guardian and the Intercept are both happy to promote this nonsense as of course the entirety of mainstream media.

When I was in grade school we had major alarm bells over global cooling. In high school it was population growth. Then came food shortages followed by peak oil.

It's always about something!

Watts Up With That accurately labels global warming hysteria as the CO2 Derangement Syndrome.

That's an excellent synopsis of the current state of affairs so please give it a good look.

Finally, even if you still believe man-made global warming is a threat, please ponder the notion that governments will not do anything sensible about it.