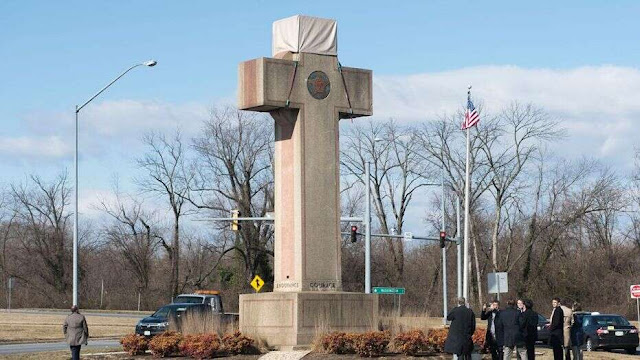 The Supreme Court ruled Thursday that a Peace Cross war memorial on public land outside Washington, D.C., can stand, determining in a 7-2 decision that it does not violate the Constitution.

Residents of Prince George’s County, Maryland and the American Humanist Association had sued to have the cross taken down, but the court determined that factors including the history of the memorial support the notion that it is not religious in nature.

“For nearly a century, the Bladensburg Cross has expressed the community’s grief at the loss of the young men who perished, its thanks for their sacrifice, and its dedication to the ideals for which they fought,” Justice Samuel Alito wrote in the court’s opinion.

“It has become a prominent community landmark, and its removal or radical alteration at this date would be seen by many not as a neutral act but as the manifestation of ‘a hostility toward religion that has no place in our Establishment Clause traditions,’” he continued, quoting Justice Breyer’s concurrence in the 2005 decision in Van Orden v. Perry.

The court's decision reverses the Fourth Circuit Court of Appeals, which ruled that the cross was unconstitutional.

The 7-2 majority on Thursday cited the structure's historical nature in its narrowly drawn decision, saying the Latin cross design reflected the nationwide trend at the time it was erected to honor war dead with community monuments.

The Bladensburg Peace Cross, as it is known, sits in a traffic circle in the Washington suburbs, to honor 49 local World War I soldiers who died in battle overseas.

Its supporters, including the Trump administration, said it was created solely to honor those heroes and is secular in nature. Opponents called it an impermissible overlap of church and state, since it is controlled and cared for by a Maryland parks commission.

https://www.foxnews.com/politics/supreme-court-says-peace-cross-war-memorial-can-stay
Posted by Frances Rice at 10:49 AM