Socialism Is Not Democratic 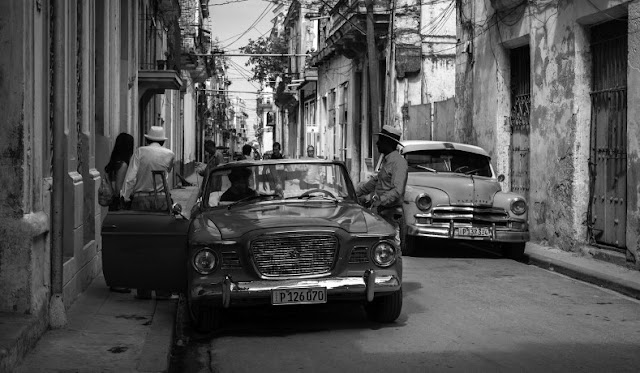 Nor is it compatible with the Constitution

Back in 2011, while covering Occupy Wall Street, I was accosted by a man wearing a large cardboard box. On this box, which he wore around his torso as might a child pretending to be a robot, he had scribbled down a theory that, at first glance, seemed more sophisticated than most that were on display.

To explain, he turned around to reveal the other side of the box, which bore a single word: democracy.

Then, having paused for effect, he turned around again and pointed to the front, on which he had written down almost every single economic system that had been tried in human history: capitalism, socialism, mercantilism, autarky, distributism, fascism, feudalism, potlatch, mutualism, and so forth.

“It’s up to us,” he said again. “It’s our democracy, and we can choose the economy we want.”

Further conversation revealed that he believed this quite literally.

In his view, democracy was the sole nonnegotiable element of our political system, while everything else was up for grabs.

If a majority wanted to nationalize the banks or abolish private property or bar all international trade or invade Brazil and harvest its resources, that was its prerogative.

As might be expected, he had a prediction and a predilection: Socialism, he explained, was both the most likely system to be adopted, because it catered to the “majority, not the 1 percent,” and the best, because it would fix all of America’s problems without any downsides.

I have thought about this conversation frequently since then, because it highlights some of the core misconceptions held by socialism’s champions, which are, in no particular order, that the retention of a democratic system of government makes massive state intervention more acceptable, that “capitalism” is a “system” in the same way as is “socialism,” and that liberal democracy — and, in particular, America’s brilliant constitutional order — can survive the establishment of a socialist economy.

Because I was there to write about the protests rather than to get into prolonged arguments, I listened and probed rather than disputed his contention. Had I been debating him, however, my rejoinder would have been a simple one: No, it’s not “up to us.”

Or, at least, it’s not up to “us” in the way that my friend in the cardboard box was using the word “us.”

As I write, ascendant elements within the American Left are engaged in a sustained attempt to reintroduce and rehabilitate the word “socialism,” in part by prepending to it a word that has a much better reputation and an infinitely better historical record: “democratic.”

Voters should not be fooled by the rebranding, for there is no sense in which socialism can be made compatible with democracy as it is understood in the West.

At worst, socialism eats democracy and is swiftly transmuted into tyranny and deprivation.

At best — and I use that word loosely — socialism stamps out individual agency, places civil society into a straitjacket of uniform size, and turns representative government into a chimera.

The U.S. Constitution may as a technical matter be silent on most economic questions, but it is crystal clear on the appropriate role of government. And the government that it permits is incompatible with, and insufficient to sustain, socialism.

In the United States, and beyond, we do not think about our democracy in purely procedural terms.

While majority rule on certain political questions is indeed deemed imperative, we nevertheless reject the notion that majorities may do whatever they wish, we demand that our institutions leave room for civil society and for individuals, and we insist upon a broad presumption of liberty that extends across all areas of human activity.

It is reasonably well understood in this country that to place the word “democratic” in front of, say, “speech restrictions” or “warrantless searches” or “juryless criminal prosecutions” would be in no way to legitimize those things or to make them more compatible with the preservation of a free society.

It is less well understood that to place the word “democratic” in front of “socialism” is an equally fruitless endeavor — and for the same reasons.

To those whose conception of “democracy” is limited entirely to the question of “Who won the most votes?” this may seem paradoxical.

To those familiar with the precepts beneath the Anglo-American tradition, however, it should be quite obvious. Just as the individual right to free speech is widely comprehended as part of what we mean by “democracy” rather than as an unacceptable abridgment of majority rule, so the individual rights protected in property and by markets are necessary to the maintenance of a democratic order — in this, deeper, sense of the word.

Properly understood, the attempt to draw a hard line between “democracy” and “economics” is not only a fool’s game but a game that socialists do not in fact play themselves.

That’s one way of putting it, certainly.

Another is “tyranny.” Or, if you prefer, democratic tyranny.

Alexis de Tocqueville observed that “the health of a democratic society may be measured by the quality of functions performed by private citizens.” Lose those functions in America, and you lose democracy in America, too.

And then there is the question of socialism’s substantive record, which is so extraordinarily disastrous that it renders my friend-in-the-box’s theoretical argument useless even on its own terms.

We should avoid socialism with a similar diligence — and for similar reasons.

History has shown us that socialism exhibits three core defects from which it cannot escape and which its champions cannot avoid.

The first is what Hayek termed “the knowledge problem.” This holds that all economic actors make errors based on imperfect knowledge but that a decentralized economy will suffer less from this, partly because the decision-makers are closer to the information they need, and partly because each actor does not wield total control over everything but is only one part of a larger puzzle.

The second problem is that, because socialism eliminates both private property and supply and demand, it eliminates rational incentives and, thereby, rational calculation.

The third problem is that socialism, following Marx’s dialectical theory of history, lends itself to a theory of inevitability or preordination that leaves no room for dissent, and that leads in consequence to the elevation of a political class that responds to failure by searching for wreckers and dissenters to punish.

Worse still, because socialists view all questions, including moral questions, through a class lens, these searches tend to be deemed morally positive — bound, one day, to be regarded by History as Necessary.

Ironically enough, they also lead to socialism’s exhibiting a record of failure in precisely the areas where it is supposed to excel.

It has become something of a running joke that, whenever socialism’s history is highlighted, its diehard advocates insist that “that wasn’t real socialism.”

This defense is frustrating. But it is also instructive, in that it is an admission that, like perpetual motion, socialism has never been realized in the world.

The U.S. Constitution has survived for so long because it was built upon the understanding that man is imperfect and always will be, because it accepts that selfishness is ineradicable and so must be harnessed, because it acknowledges that power corrupts as much in our era as it ever did, and because it makes provisions for the fact that disunity is inevitable in any free society.

Capitalism, too, has survived because it is built on truth rather than myths.

Socialism, by contrast, has failed each and every time it has been tried because it is predicated upon precisely the opposite — that is, precisely the wrong — assumptions.

One would have imagined that, at some point, “That wasn’t real socialism . . .” would have been followed by “. . . and real socialism can’t exist because man isn’t perfectible, selfishness is ineradicable, power has needed restraining since the dawn of time, and political unity is a dangerous and undesirable myth.”

Alas, no such recognition has yet been forthcoming.

In the 20th century, Communism killed at least 100 million people — by democide, by famine, by central planning, by war — and yet it is still acceptable to say in public that it was a “nice idea.”

In the post-war period, “democratic” socialism ravaged the economies of the West like a virus and required a counterrevolution to remove, and yet it remains sufficiently seductive to a slice of the public as to present a threat to the American order.

Today, the states that have actively rejected socialism are growing fast (India, Poland, the former East Germany) while those that fell prey to the temptation are either moribund (Greece), tyrannies (China), or international pariahs (Cuba and North Korea) — and yet there is still a solipsistic cottage industry dedicated to blaming their successes and failures on decisions made by the United States.

The damn thing is ineradicable.

And so we get Venezuela.

That Hugo Chávez’s centrally planned “Bolivarian Revolution” has descended into dictatorship, repression, starvation, and crisis was apparently genuinely shocking to a good number of the people who write about politics for a living.

Six years ago, upon Chávez’s death, the Guardian’s Simon Reid-Henry reflected the consensus view on the left by arguing that Chávez had shown “that the West’s ways aren’t always best” by “[refashioning] Venezuelan democracy in ways that he thought better addressed the country’s long-standing development issues.”

His paper’s editorial board went one further, describing Chávez’s work as an “unfinished revolution.”

Predictably enough, this was in fact a correct characterization of Venezuela’s fate — just not in the way that the Guardian had anticipated.

Five years after that edition went to print, Ricardo Hausmann, the former chief economist of the Inter-American Development Bank, was explaining that “Venezuela’s economic catastrophe dwarfs any in the history of the U.S., Western Europe or the rest of Latin America.”

“The West’s ways aren’t always best”? The Venezuelan president is now a ruthless dictator who has cracked down on free speech, prohibited mass political protests, and confiscated firearms from anyone who has been even remotely critical of him.

Thirteen percent of the country’s population has now fled, and those who have remained have been left so degraded by the government’s price controls that they have gone years without toilet paper, meat, and other basic necessities and have in consequence taken to eating zoo animals for sustenance and to scouring garbage bags for supplies.

According to the Pharmaceutical Federation of Venezuela, the country is suffering through an 85 percent medicine shortage and a 90 percent shortage of basic medical supplies.

This year, the IMF predicts, inflation will hit 10 million percent.

All this in a country with the world’s largest oil reserves — reserves greater than those of the United States by a factor of ten.

One of the great advantages to living at the tail end of 6,000 years or so of human civilization is the chance we have been afforded to look back and learn from the lessons accrued by others without having to go through the pain of learning them for ourselves.

History is a complicated thing, and should be treated as such, but there are nevertheless a few core rules by which we can live:

Do not inflict laws on others to which you would not subject yourself;

Ensure that you distribute power among several rival institutions, and,

Insist on being represented by a parliament, and make sure that you prohibit that parliament from loaning its powers to a king, temporarily or permanently;

Do not ask people to give up more of their income than they are permitted to keep; and

Don’t, whatever you do, be seduced by socialists bearing promises.

And if you are seduced, get out before it’s too late.

You have nothing to lose but your chains.

https://www.nationalreview.com/magazine/2019/06/03/socialism-is-not-democratic/
Posted by Frances Rice at 10:59 AM