Please and help the YAAHA produce a powerful animated video that will educate our youth with the truth about civil rights history.

Today as I turned the page on my Wells Fargo's Calendar to the month of June, I noticed that the section that recognizes special events and special groups for the month, proudly boasting that Wells Fargo had proudly supported the LGBTQ community and had participated in their Pride Parades for the past 27 years.

Tears came to my eyes and I asked myself:  As a race, what did we do - to not be recognized anymore?

Even though we volunteered and willingly fought in a segregated military from 1776-1954 without getting the same rights and benefits as our white counterparts.  During this past Memorial Day, there was no mention of our black soldiers and their contributions during the Revolutionary War, the War of 1812, the Spanish American War, the American Indian War, the Civil War, World War I, World War II and the Korean War.

We are the only race of people in the world that willingly fought for a country while that country was enslaving our race and by law, never giving us the same benefits and rights as the whites citizens in that country (over a period of 144 years).  You talk about loyalty?!  Our white soldiers have never done this.

For years, scholars claimed that the black race was cursed by God.  The curse part was right.  But it wasn't by God it was and still is by our white society.

As I was thinking about this, it came to me, that in the past 200 years, 95% of white people have never had a black family in their home for dinner (or for any other reason) and 98% of whites would never come into contact with blacks if they didn't have to work with them or sit next to them at a sporting event or walk past them in a shopping mall.

All of this is happening during the 400th Anniversary of African American History, a history that most corporations, schools, colleges, churches or either political party have plans to celebrate.

Wells Fargo replaced us with the Chinese New Year (this year), but who will they replace us with next year?  Keep in mind, neither the Chinese or the LGBTQ community has ever contributed as much to America as the black race.  Our contributions started 157 years before we became a nation - then we gave our lives so America could become a nation.

Salute the LGBTQ community and the Chinese New Year, but please don't forget to recognize us, especially during those times that we should be recognized.

Perhaps you will weep with me. 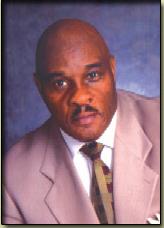 Dr. Wayne Perryman is an Author/Historian.
Posted by Frances Rice at 11:06 AM