By Michael Barone | The Washington Examiner 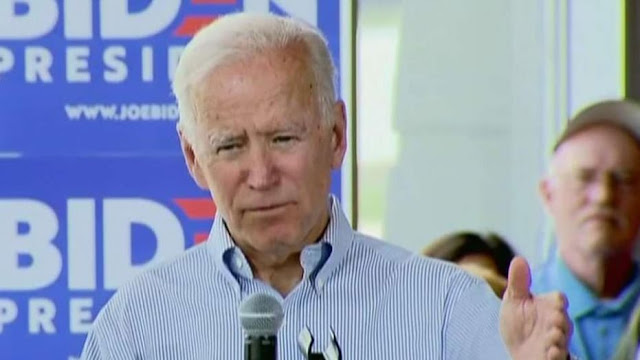 Will Joe Biden inevitably win the Democratic nomination for president? A month ago, many psephologists thought so, as national polls within two weeks of his April 25 announcement showed the former vice president with 41% of Democratic primary votes.

Four weeks later, that number has fallen to 33% — still formidable in a field of 24 candidates, but lacking the look of inevitability. His light schedule of campaign events suggests a lack of confidence in the stamina steadiness of a 76-year-old candidate, and his flip-flop on major issues strengthens that impression.

The most important issue on which he’s switched is probably China. In May he downplayed its importance. “Is China going to eat our lunch? Come on, man,” he told Iowa Democrats. “They’re not competition for us.”

He changed his tune in June. “We need to get tough with China,” he said, decrying its “abusive behavior,” “cheating,” and “repression.” Quite the turnabout for someone with 42 years of experience on the Senate Foreign Relations Committee and the National Security Council.

Attracting more attention was his 24-hour renunciation of his 44-year opposition to Medicaid abortions. He argued that recent state laws restricting abortion, if upheld by the courts, would reduce availability of abortions. But Medicaid payments won’t open closed clinics or enable banned procedures.

All of which makes a Biden nomination looks less inevitable this month than it did in May. And maybe it was all along. A May YouGov survey reported that only 8% of Democrats were for “Joe Biden or bust” and the same percentage for “Bernie Sanders or bust,” while 67% of Democrats were “considering multiple candidates.”

This is a race in which every candidate, well-known or not, is standing on quicksand. As Barack Obama’s chief strategist David Axelrod wrote this week for CNN, “No one is going to hand Biden the Democratic nomination. He’ll have to engage fully and fight for it if he is to get the face-off with Trump he is seeking.”

And if his flip-flops on China and abortion undercut his supposed advantages of deep experience and settled conviction, his stance on another issue has the capacity to make his priorities seem downright eccentric.

That issue, dear to his heart, is passenger rail. During his 36 years in the Senate he commuted almost every day to his home in Delaware on Amtrak, a 75-minute commute each way these days on the Acela. This enabled him when first elected to help raise his two sons after his first wife and daughter were killed in an auto accident a month after he was elected. Over many years it enabled him to keep in closer touch with constituents than almost any other senator.

No wonder he’s been a booster of high-speed rail, which makes him this year a natural ally of freshman Rep. Alexandria Ocasio-Cortez. Her “Green New Deal” proposals include “transportation systems in the United States to eliminate pollution and greenhouse gas emissions from the transportation sector as much as is technologically feasible” and would, according to a staff-drafted FAQ document, require the federal government to “build out high-speed rail at a scale where air travel stops being necessary.”

Of course your mileage may vary on what is “necessary.” There’s no doubt that the not-quite-high-speed Acela is the fastest way to travel the 120 miles from Capitol Hill in Washington to downtown Wilmington. But it’s cheaper to drive a car or take a bus, and it would be faster if you could commandeer a helicopter.

But the veteran Biden, like the newcomer Ocasio-Cortez, wants the federal government to pay for “the construction of an end-to-end high-speed rail system that will connect the coasts, unlocking new, affordable access for every American.”

It’s hard to overstate how wacky an idea this is. We already have “affordable access” through commercial airlines and interstate highways and, at distances above 300 miles, high-speed rail can’t compete on travel time with airlines and on costs with automobiles. Among all of the world’s much-praised high-speed rail lines, only the 300-mile- long Tokyo-Osaka Shinkansen and Paris-Lyon TGV have been profitable.

Given the fiasco of California’s now canceled high-speed line and the longstanding failure to upgrade the Acela line up to Shinkansen/TGV standards, it’s lunacy to envision — and start paying for — a 3,000-mile coast-to-coast passenger rail line.

Anyone want to ask Biden about this?

https://www.washingtonexaminer.com/opinion/columnists/the-not-inevitable-candidate-and-his-not-feasible-pet-project
Posted by Frances Rice at 9:20 AM