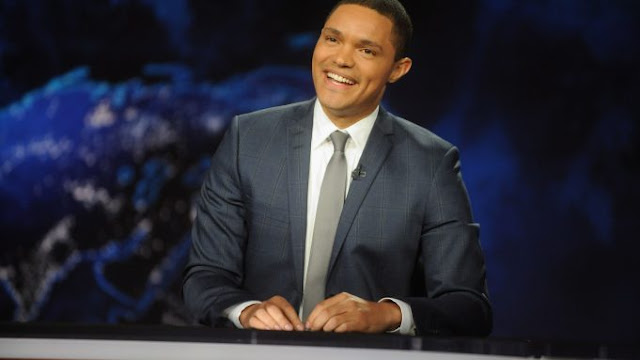 The Democratic presidential candidate debate was comedy gold for The Daily Show and Trevor Noah, as the long lineup of hopefuls provided enough memorable moments to fill a ballot. Or, in this case, a program, via Noah’s Votegasm 2020, a live show that followed the Democratic scrum. 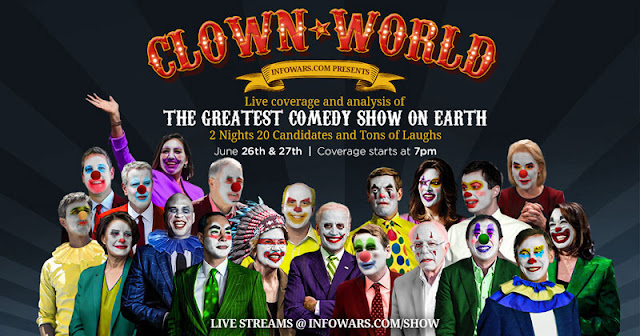 The Daily Show kicked off the live laughs seconds after the debate with a show festooned with the graphic, “World War D: Let’s Get Ready to Ramble: Part 1.”

Host Trevor Noah got off several quality shots at more than half the field, beginning with Beto O’Rourke, who answered a question about health care in fluent Spanish. “‘To hear my answer in English, press one,'” Noah riffed. “This guy was so fluent, people probably thought they had switched to Univision by mistake.” A reaction photo of a wide-eyed Corey Booker watching the conquistador to his left accentuated the bit.

The logistics of the debate became a big theme in Noah’s broadsides. Amy Klobuchar, he noted, continually ran out of time just before she delivered what she hoped would be a killer line. Noah imagined time management being a problem even if Klobuchar were to be elected. “But I’m president!” he said, imitating her being told she was out of time during her inauguration.

As footage showed Washington Gov. Jay inslee raising a finger trying to get a word in edgewise, Noah cracked that Inslee had “spent the whole night like he was trying to order a drink. How are you going to get the nomination when you can’t even get a vodka soda?”

John Delaney, Noah marveled, got several applause lines despite next to zero name recognition heading into the debate. “He should say his name after each answer, like DJ Khalid,” Noah laughed. “John De-LAY-neee! Bew, bew bew!”

New York Mayor Bill De Blasio came in for some ribbing from the hometown show. After a string of clips showing De Blasio horning in on the time of others onstage, Noah said,  “That was a typical subway move right there!” With that kind of performance, Noah reasoned, “he went from a one [percent rating in the polls] to like at least a three.”