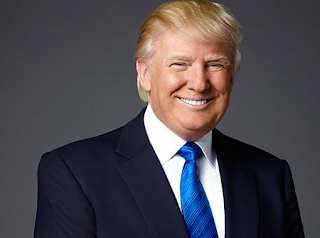 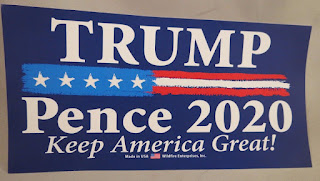 There’s still something going on with the Trump presidency that is lost on pollsters, the media and Democrats: The white-hot support of his base, which is definitely larger and perhaps hotter than in 2016.

This is demonstrated in rally after rally he holds, which all the talking heads told us was going to peter out. My gosh these people are wrong a lot. Consider what is happening in the lead up to Trump’s official campaign 2020 kickoff next week in Orlando.

“Wow! Just got word that our June 18th, Tuesday, ANNOUNCEMENT in Orlando, Florida, already has 74,000 requests for a 20,000 seat Arena. With all of the big events that we have done, this ticket looks to be the ‘hottest’ of them all. See you in Florida!”

These numbers will overwhelm the Amway Center’s capacity of 20,000 for an NCAA basketball crowd maximum. Center stage concerts hold 19,700 while end-stage concerts hold about 16,000. Of course Trump frequently draws more than his venues can hold. He also did this as a candidate in the primaries. Are any Democrats anywhere near this? No. Polls do not capture this.

Orange County GOP Chair Charles Hart told the Orlando Sentinel that the extraordinary request-to-availability ratio for tickets to the kickoff is “epic even for his rallies…This is a phenomenally hot ticket.”

The campaign will likely set up outdoor screens for people to watch it live with others even if they cannot get inside Amway.

If the venue held 150,000 (and there is not such a thing) it’s possible Trump could fill it in Florida. Republican clubs from The Villages, Sarasota, Fort Myers, Jacksonville, Tampa, Miami and other Florida areas have chartered buses to take people to the event.

But here’s the deal. A lot more Republicans would go if they thought they could get in. Most are aware that the Amway Center is overwhelmed and have decided not to go to Orlando because their chances of getting in are minimal.

Anecdotally, I was in a group where several said they were planning to go until they realized they probably could not get in. It’s a lot to go through just to stand outside and watch it on large screens.

And yet tens of thousands will likely do just that — knowing that is what they will be relegated to.

That displays a level of support you don’t see in any other candidates, or really in any candidates in recent memory. Obama at his peak did not come close to swamping major venues. And he was going to be the one to lower the seas!

In addition, it shows the level of organization now in the Florida Republican Party. The Party was split organizationally and financially between Rick Scott forces and the statewide party during Scott’s governorship.

But that is all united now under Gov. Ron DeSantis and Florida GOP Chair Joe Gruters. DeSantis and Gruters were both early and strong supporters of Trump.

The simple reality is that the state is more unified and organized than it was in 2016.

And that shows in events such as Trump’s kickoff. The President picked Florida because of course it is the largest swing state and critical to victory. But also because the Party is healthier, and no state has a stronger economy right now.

These are positive trends you will not see reported in the mainstream media or typically reflected in these broad national polls. But they can make all the difference in 2020.