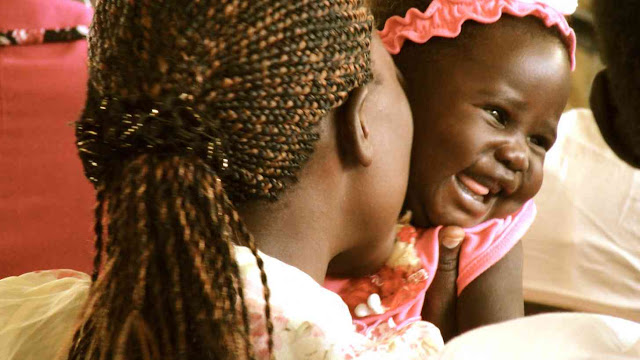 If leftists were truly staunch advocates of racial equality and harmony, they should be moved to address the fact that the face of abortion has a color.

“The right doesn’t actually care about black or brown babies.” I have seen viral variations of this quote on social media countless times the past couple of weeks, amidst pro-life victories in Alabama, Georgia, Louisiana, Ohio, and more.

I listened as Alyssa Milano claimed that protecting the preborn would be “catastrophic” for black women. I was deeply disturbed as major news outlets flooded readers with arguments that black women would be hurt the most by pro-life laws, even to the point of enslaving them once again. And I was in utter disbelief when Ohio state Rep. Janine Boyd proposed an amendment to a bill that would only allow black mothers to have an abortion.

The left thrives on recklessly leveraging race. They inflame and foment racial differences until their voters are hysterical over the idea that slavery is returning to our country at the hands of the pro-life movement. The left’s frenzied panic and outlandish claims compel me to respond to the insidious lie that “the right doesn’t actually care about black and brown babies.”

I am black. I am pro-life. And I do care. I think I can speak for all pro-lifers when I say we care about all pre-born babies—babies so early in development that they don’t even have a skin color yet. Regrettably, it is the left that has a race problem at its core, and this problem is as old as the institution of slavery.

It is the left, in fact, that worships an organization that was birthed out of the racist ideas of its founder, Margaret Sanger. She was a staunch proponent of the contemptible, progressive, eugenics movement—the discredited philosophical concept that “undesirable” people should be eliminated from the gene pool of the human race. “Undesirables” like the poor, illiterate, disabled, and the dark-skinned.

Unfortunately, Sanger’s degenerate beliefs led her to work very closely and intentionally with the black community, “assuring” them that her goal was not to “exterminate the Negro population.” America’s intricate strategy to dovetail racist policies and eugenics was so effective that it was studied by one Adolf Hitler, and the horrors of the eugenics movement were fully realized in the unspeakable atrocities of the Holocaust.

Fast-forward to today, and Sanger’s early organization, the American Birth Control League, has become today’s Planned Parenthood, and the intentional targeting of America’s minorities continues. It appears that 79 percent of Planned Parenthood’s surgical abortion facilities are within walking distance of black and brown neighborhoods. Indeed, more than 19 million black babies have been aborted since the Roe v. Wade ruling in 1973, effectively reducing the size of today’s black community by 40 to 50 percent!

The Centers for Disease Control and Prevention (CDC) reports that 36 percent of all abortions in the United States are performed on blackwomen, despite the fact that they represent just 13 percent of the population. Hispanic babies are also aborted at 1.5 times the rate of white babies, making up 18 percent of all aborted babies. Essentially, more members of the black community are killed by abortion each year in the United States than by all other causes combined.

Despite the intentional targeting of poor and minority communities that has persisted across the decades, Sanger’s strategy to ensure that blacks remain unaware of their extermination has worked perfectly, with both pro-choice blacks and their allies insisting on their right to choose.

More than 100 years ago, the “pro-choice” party of today insisted that the institution of slavery was also a choice to which every state was entitled. Their platform was that each state should have the right to choose whether slavery was a morally acceptable option for its own citizens. In addition, states were not allowed to impose their moral beliefs about slavery on others because slavery was a constitutionally protected right.

If leftists were truly staunch advocates of racial equality and harmony, they should be moved to address the fact that the face of abortion has a color. They should be compelled to address the fact their pro-choice platform of a century past has resulted in tens of millions of lives lost, a great many of them black. Pro-lifers understand that a law that is ruled to be “constitutional” can still be morally reprehensible.

So the next time you hear someone on the left claiming that the right doesn’t care about brown and black babies, know that it’s a lie designed to cover up their own shameful past and present. The truth is this: Regardless of political philosophy, no one is doing more to protect brown and black babies than the pro-life movement. 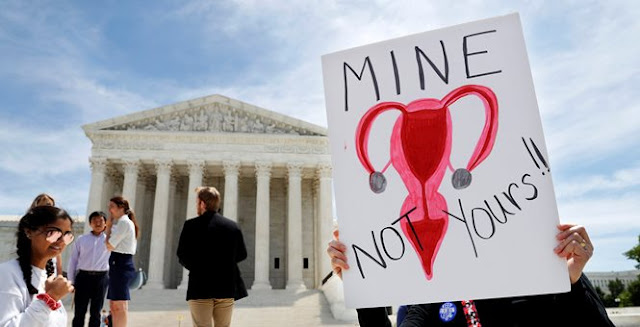 Despite leftist commentators routinely insisting that the Democratic Party does not celebrate abortion, the governor for Illinois bragged this morning that state's new abortion law supposedly signals that Illinois "is a beacon of hope in the heart of this nation." The legislation essentially makes abortion-on-demand a reality and makes partial-birth abortion legal under Illinois law.

Gov. Pritzker signed the legislation today, which will remove virtually all restrictions on abortions in the state.

"Let the word go forth today from this place that if you believe in standing up for women's fundamental rights, Illinois is a beacon of hope in the heart of this nation," Pritzker said while signing the law. "We trust women," he added.

The Chicago Tribune has more details as to what exactly the radical bill includes.

The bill establishes the “fundamental right” of a women to have an abortion and states that a “fertilized egg, embryo or fetus does not have independent rights.” It repeals the Illinois Abortion Law of 1975, doing away with provisions for spousal consent, waiting periods, criminal penalties for physicians who perform abortions and other restrictions on facilities where abortions are performed.

Critics in the state rebut the governor's boast by saying the bill goes "much further" than the typical pro-life vs. pro-choice debate.

“In just a few short years, the Democrat party in Illinois went from advocating ‘safe, legal and rare’ to abortion-on-demand, at any time, for any reason, and funded by taxpayers,” Illinois Senate Republican chairman Tim Schneider said in a statement after the passage of the law.

While partial-birth abortion is now legal at the state level in Illinois, there is still a federal law in place which bans the practice. It is unclear to what extent federal authority would enforce the law in Illinois should a woman seek the procedure.