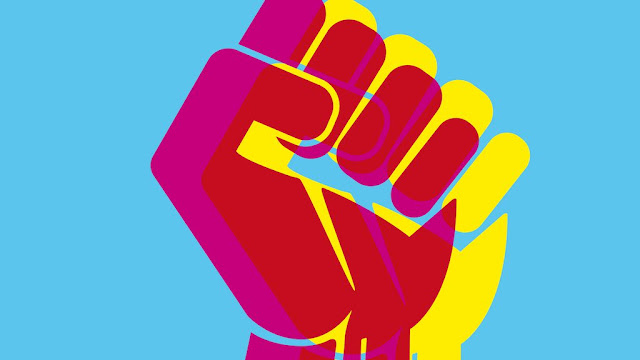 America cannot continue as a republic without the acceptance that one party routinely will be turned out of office. Democrats no longer accept that bedrock principle of American liberty. They see themselves as the only party entitled to govern. “Trump Derangement Syndrome” and the Russian collusion frame-up are two faces of the same coin: Democrats now reject the orderly succession of power through duly constituted elections.

Democrats have whipped the nation into mass hysteria for three years. It’s a destructive game, manipulating people into a rage until Americans see each other as enemies. Most dangerous of all, driven by the social justice agenda of Obama progressives, Democrats are purposely delegitimizing our democratic institutions.

To pull off the coup, Democrats need their voters behind them, no matter what. They need a Ministry of Truth, not a free press. They need hyper-partisanship. They need a crisis atmosphere that justifies anything they did to retain power. They need hate. Their answer is Trump Derangement.

In the words of Roger Kimball, “The actions taken by the Obama Administration threatened not just Donald Trump and his presidency but the very processes and protocols by which the peaceful transition of power has been effected in the United States.”

As Angelo Codevilla puts it: “ . . . no one really believed that a major party would rebel against the voters, and hence against our constitutional republic—yet. And yet the Democratic Party . . .  decided never again to concede legitimacy to any serious opponents’ victory.”

Democrats are playing an entirely different game than Republicans. Democrats think they have a mandate from history to seize power for people of color, LGBTQ minorities, and radical feminists. They don’t like America or Americans, who they consider bigoted and backward. They don’t like the principles of our founding, which recognize the God-given rights of individuals, not groups.

They don’t like how we elect presidents, because the Electoral College protects the heartland from domination by big cities, mostly controlled by Democrats. Social justice Democrats don’t want to control immigration, legal or illegal, because they are successfully replacing the existing American population with new people who will vote for them. They are substituting their Marxist vision of redistributive social justice for the American Dream.

This is why Democrats pretend Trump’s election is a national crisis. American political and constitutional norms must be suspended for them to have a chance at revolution. This “resistance” to President Trump (as if disregarding an American election is the same as fighting Nazi occupation) was organized by the Sorosarm of the party, with all the big wigs in attendance, in a weekend confab immediately upon Donald Trump’s victory, before he had done anything to resist.

#TheResistance has been violent in words and in action. It has escalated for three years. House Speaker Nancy Pelosi (D-Calif.) says she wants to see President Trump in prison. For what? There doesn’t even have to be a crime for Democrats to call for punishment.

American voters have chosen presidents from alternating political parties for the last 40 years. That Trump would win in 2016 was unremarkable. It was a normal correction to the center. President Trump is one of the most popular presidents among his own party’s voters ever. He has been successful on jobs, energy, and the economy. His foreign policy has entangled us in no foreign wars or even adventures. There is nothing to be deranged about.

This should be a period of calm and optimism, bringing the country together. People in all walks of life are doing well. The country is doing well. Yet anger and political mayhem dominate, manufactured out of thin air.

Trump Derangement works beautifully as a propaganda war. Democrat voters still believe the claims that Trump is a traitor. They don’t care that it was the Obama Administration, the Democratic National Committee, and Hillary Clinton who colluded with a hired gun, Christopher Steele, and his Russian informants. Democrats don’t mind. They just hate Trump.

Trump derangement provides Democrats cover with their voters. It is strong enough to drown out whatever Attorney General William Barr proves about the spawning of the Russia collusion hoax. Democrats have discredited President Trump to the point where an inflamed Democrat electorate will not care when their guys are proven to be the bad guys.

Mass hysteria happens, but it isn’t spontaneous. It is purposely drummed up through media manipulation and propaganda, censorship on social media, street theatre, violence, social bullying, and corruption of basic institutions such as the FBI and the courts.

For three years, Democrats’ ability to use common sense has been overwhelmed by a tsunami of hatred, fear, resentment, and moral condemnation directed at Republicans. These emotions are the result of propaganda and political manipulation.

We must go on the offensive. It is time to delegitimize Trump derangement. Stop answering and reporting on each lie and rabid attack as if they are part of normal politics. Attack Trump derangement head on, as a dangerous rejection of our democracy. Call out the stooges, Democrat and Republican, who take part in it.

The propaganda blitzkrieg of false accusations that fuel Trump derangement has never been seen in American politics before and it has no place in American life. It is left-wing fascism. It is devastating to the civility, tolerance, and basic unity that make the American experiment possible. We need to call out Democrats non-stop to match their waterfall of lies. They are destroying our democracy on purpose.

Karin McQuillan served in the Peace Corps in West Africa, was a clinical social worker and psychotherapist, and is now a writer and regular contributor to American Thinker and American Greatness.