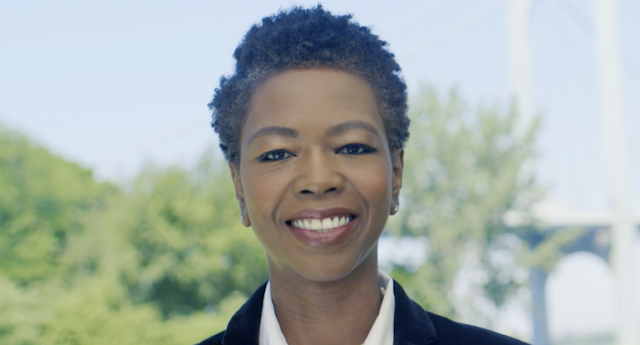 The Republican Party is the most racist, woman-hating, immigrant-fearing party ever, am I right?

The not-so-inside talk has been whether Alexandria Ocasio-Cortez's four-woman war against Nancy Pelosi would earn her a Democratic primary challenger next year, but her high-profile antics have drawn another Republican into the race to represent heavily Democratic NY14.

Fox News reports that Scherie Murray, a 38-year-old New York businesswoman and Jamaica native (she emigrated as a child), has launched a campaign to unseat AOC next year. She told Fox, "There is a crisis in Queens, and it’s called AOC." Murray went on to say, "Instead of focusing on us, she’s focusing on being famous. Mainly rolling back progress and authoring the job-killing Green New Deal and killing the Amazon-New York deal."

The polls might just bear out Murray's complaint against Ocasio-Cortez. The first-term congress critter was put on the defensive earlier this week, blasting a negative new poll -- conducted by her own party -- as a "mass distortion of reality."

In a nationwide survey, it was revealed that 74% of people recognized AOC by name, but only 22% viewed her favorably.

The poll was conducted by Democrats hoping to identify potential swing voters for 2020. Instead what they found was that the party's oh-so-public up-and-comers are almost universally loathed.

Back in the Bronx, Murray agreed, saying that socialism is "far to the left and it is not connecting with everyday Americans."

CLICK HERE TO VIEW THE VIDEO OF HER LAUNCH AD.

You'll notice that Murray doesn't mention Donald Trump or her own party affiliation, which might be smart given that Cook rates New York's 14th Congressional District at D+29 -- a daunting figure for any Republican to overcome.

Ocasio-Cortez is unpopular even at home, where people presumably know her best. The Daily Caller reported in May that her favorability rating was just 20% with her own voters, with an unfavorable rating of 44% -- and climbing.

Establishment Democrats strategy might be to endure the embarrassment of primarying their own member, in order to save a safe seat from a possible GOP upset.

No matter how it plays out, you can be sure AOC will ride the national headlines all the way to her final destination, wherever and whenever that might be. Given her sky-high negatives, it's hard to see how that could be bad news for Republicans, and may be even good news for exhausted voters in the Bronx.

As for Scherie Murray, the GOP is always in need of a fresh faces, and a female-minority-immigrant-millennial-entrepreneur might be one the freshest of all.