How to Tell If a Trump Supporter Is Racist 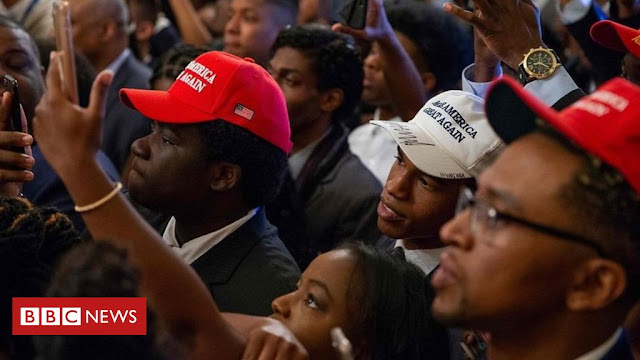 Every non-liberal leftist -- that is, nearly every Democrat running for president, New York Times and Washington Post columnist, CNN and MSNBC host, and your left-wing brother-in-law -- labels every Trump supporter and, of course, President Donald Trump, a "racist."

And they don't stop there. Leftists don't only label the half of the country that supports the president "racist," they label all whites and America itself "racist." If your son or daughter attends or recently attended an American university, it is close to certain he or she was repeatedly told that America and all whites are racist. According to the left, whites are divided between those who admit they are racist and those who don't admit it.

Every conservative and many liberals know this is a big lie. The great question is: Do leftists believe it? It is impossible to know. But this we do know: If you repeat something often enough, and if your Weltanschauung (worldview) and that which gives your life meaning are dependent upon believing something, you will eventually believe it.

So here is a way to show it is a lie.

Ask any white conservative, including one who supports Trump, the following three questions:

1) Do you have more in common with, and are you personally more comfortable in the company of, a white leftist or a black conservative?

2) Would you rather have nine white leftists or nine black conservatives on the U.S. Supreme Court?

3) Would you rather your child marry a black Christian conservative or a white non-Christian liberal?

A white racist would prefer the whites in each case.

If you're an honest leftist, this should present a powerful challenge to your belief that all white conservatives are racist.

But it won't. Leftists have too much at stake to confront the truth about conservatives. Everything the left has ever believed has depended upon lying about opponents. From the day Stalin labeled Trotsky -- who served as the head of the Red Army and who, along with Lenin, founded the Bolshevik Party -- a "fascist," leftists have lied about their opponents.

Some liberals lie and some conservatives lie, but the truth is both a liberal and conservative value. It has never been a left-wing value. Any leftist who would commit himself to the truth would cease being a leftist. He would either become an anti-left liberal or an anti-left conservative.

So, then, given how important it is to leftists to maintain the lie of conservative racism -- along with xenophobia, misogyny, transphobia and Islamophobia -- how would they rebut conservatives' answers to these questions?

Presumably, they would argue that every conservative who responds to these questions as I described is lying.

But these questions are important -- no matter how much leftists ignore or dismiss them -- because they perform an important service for conservatives.

I know this from Jewish history. There was so much Jew-hatred in the medieval Christian world that Jews sometimes wondered if there was any truth to the attacks on them. When a whole society denigrates a group, members of the denigrated group start wondering whether any of the attacks on them have any truth. But when the charge of blood libel -- that Jews killed Christian children to use their blood to bake matzos for Passover -- arose, it liberated Jews from taking any of the anti-Semites' attacks seriously. Every Jew knew the blood libel was a lie -- Jews never consumed animal blood, let alone human blood.

Being a Racist Is Easy Today 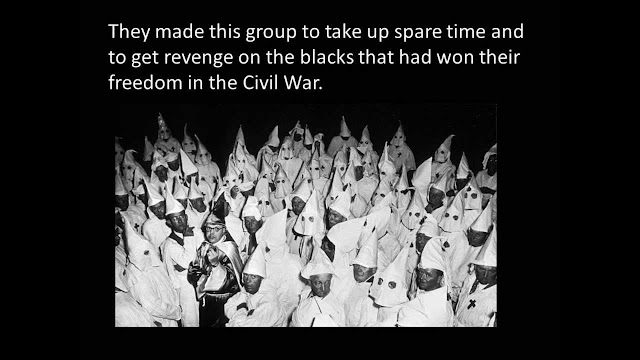 Years ago, it was hard to be a racist. You had to be fitted for and spend money on a white gown and don a pointy hat. You celebrated racism by getting some burlap, wrapping it around a cross, setting it ablaze and dancing around it carrying torches. Sometimes, as did Lester Maddox [a Democrat], you had to buy axe handles for yourself and your supporters to wield to forcibly turn away black customers from your restaurant. Or, as in the case of Theophilus "Bull" Connor [a Democrat], you had to learn to direct fire hoses and vicious police attack dogs against civil rights demonstrators.

Younger racists, along with their parents, had to memorize poems for whenever a black student showed up for admission to their high school or college. For example, "Two, four, six, eight, we don't want to integrate!" Of course, there were a host of racial slurs and epithets that could be hurled, with impunity, at any black person in your presence. In earlier times, you didn't have to be sophisticated, but it took a bit of work, to be a racist.

Today, all that has changed. To be a racist today takes little effort. For example, one can sit back in his easy chair and declare that he's for across-the-board tax cuts. That makes you a racist. If you don't believe me, think back to 1994 when the Republican-led Congress pushed for a tax-cut measure. Former U.S. House of Representatives member Charles Rangel, D-N.Y., denouncing the Republicans' plan before a Manhattan audience as a form of modern-day racism said: "It's not 'spic' or 'n-----' anymore. (Instead,) they say, 'Let's cut taxes.'" A few months later, he compared the GOP's "Contract with America" to measures in Nazi Germany saying, "Hitler wasn't even talking about doing these things."

One can be labeled a racist through a set of "microaggressions" listed in "Diversity in the Classroom, UCLA Diversity & Faculty Development" from 2014.

Here are a few statements one should avoid: "You are a credit to your race." "Wow! How did you become so good in math?" "There is only one race, the human race." "I'm not racist. I have several Black friends." "As a woman, I know what you go through as a racial minority."

Perhaps the easiest way to be labeled a racist is to suggest that a wall be built on our border with Mexico in order to keep people from Mexico and points south from entering our nation illegally. Also, a slam-dunk charge of racism is to say that the standard practice of separating children from parents is Nazi-like. But imagine you are stopped with your child in the car and charged with a DUI in any of our 50 states. You're going to be arrested and your child taken to protective child services. The identical practice on our southern border becomes racism.

As veteran journalist Brit Hume said about the uproar over President Donald Trump's latest bomb-throwing: "Trump's 'go back' comments were nativist, xenophobic, counterfactual and politically stupid. But they simply do not meet the standard definition of racist, a word so recklessly flung around these days that its actual meaning is being lost." The president cleaned up his remarks a few days later saying: "These are people that hate our country. If you're not happy in the U.S., if you're complaining all the time, very simply, you can leave." By the way, leaving isn't Trump's idea. Many leftists pledged to flee America altogether if Trump were elected president.

The bottom line is that when leftists have no other winning argument, they falsely accuse others of racism. Republicans cower at the charge and often give the leftists what they want. Black Americans who are octogenarians, or nearly so, need to explain what true racism is, not to correct white liberals but to inform young black people.